WHAT AM I PROUD OF? 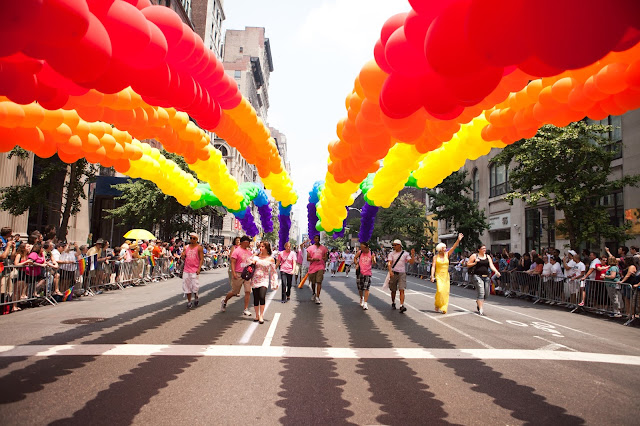 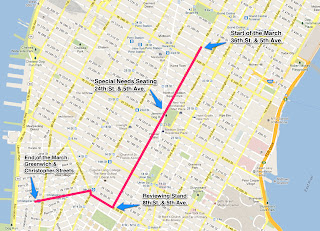 Strut your stuff.
Yesterday we all celebrated
Gay Pride here in Manhattan.
The city was in a frenzy down
Fifth Avenue from 36th south
to Eighth. Then west to the
heart of the gay community -
Christopher and Greenwich. 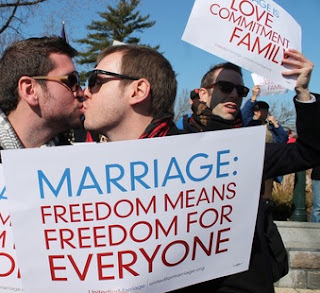 Feel the love.
This year was particularly over the top due to the Supreme Court decision to strike down DOMA. Suddenly in this city where we could already legally marry, the realization that those unions are now recognized nationally is beyond thrilling. Our love is finally validated. 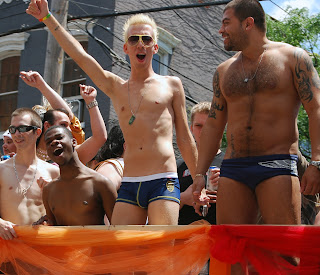 Buttons and beaus...
At my age I find it hard to be proud of a sticky crowd of partially clothed men. I've come to the conclusion that such shenanigans set us back rather than move us forward. Initially the parade reinforced that gay people existed. Now it celebrates our community's overt fringe. 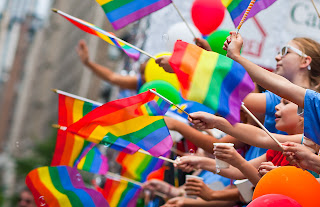 Birds of a feather.
In reality few of us are drag queens or go-go boys. We're just people who love people of the same gender. While our orientation is outside of the norm, our lives are normal. 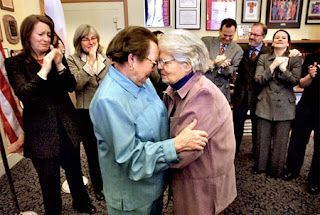 The new normal.
Most of us have day jobs that require more than a thong. And happily many of us are in long term relationships that require nothing more than commitment. Plus the bravery to live our lives together for all to see. 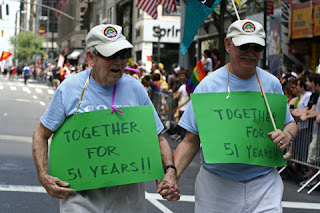 The new you.
We're not all that different. Like most couples we pay our taxes, argue over household expenses, and occasionally go out for a date night. We're just like you and the fact that we're "normal" is what I'm the most proud of!
Posted by montanaroue at 5:27 AM