THE CITY THAT NEVER SLEEPS... 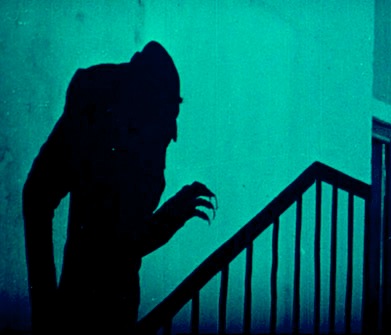 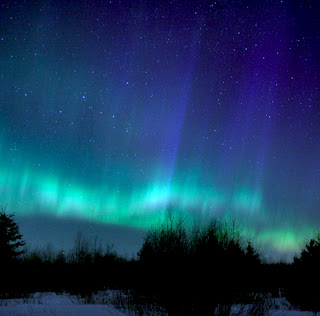 Morning
While I may be in Montana,
my body is on Manhattan time. That means I'm up before dawn. Our condo is in a very quiet building. The majority of our fellow residents are aged above seventy. Therefore nothing really happens here except the display of questionable crafts adjacent to front doors. 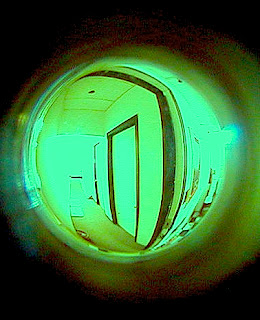 Mystery
The other morning at five a.m. I heard
a very loud voice coming from out in the hallway. Peering through my door peephole, I saw the paper man talking on his cell. Agitated, he was calling the
police to report "vandalism". He asked them to come over immediately. Given the early hour, I opted to defer further investigation until after the cops arrived at the "crime scene". 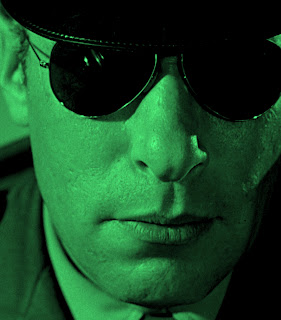 Murmurs
Shortly after the police arrived.
I continued to listen from behind
the door. Whatever the issue was,
it lay within our elevator. There
was lots of pointing at whatever
was within. Finally, I had to see for
myself. Upon opening my door
I greeted the patient officer and
queried what was wrong. Looking
inside the elevator I figured it out. 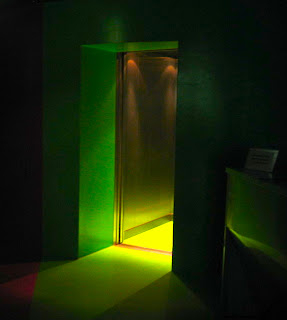 Mayhem
The entire elevator interior was covered with a fine layer of talc like dust. Sitting at the front of the enclosure was an obviously spent fire extinguisher. It quickly became apparent that some young person enjoyed some fun very early that morning. Given nobody young lives in our building the question was, who and how did they get in? 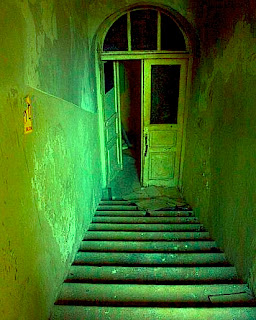 Mischief
It had to be kids. Most probably very drunk kids who had only one thing in mind, mischief. Further investigation indicated the perpetrators had entered through a rarely used unlocked doorway. It had been propped open with a flower pot. They obviously slipped in, snuck around, found a fire extinguisher, and went for a ride! Who knows what motivates kids to do such things beyond too much booze in their bellies. 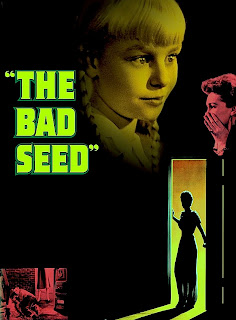 Misspent
Case closed. Within a few hours our dusty elevator was all squeaky clean as if nothing had happened. And that's exactly what usually happens here in Lewistown... nothing. So when something silly like this occurs, it's surprising. But not to worry, I foresee no future of rampant gang violence. Kids are kids and as far as I know, they'll continue to randomly act out if given the chance to. So next time, please do me a favor and remember to lock the door!

Posted by montanaroue at 4:43 AM