A dose of reality.

WHEN DID I BECOME THE OLD ONE? 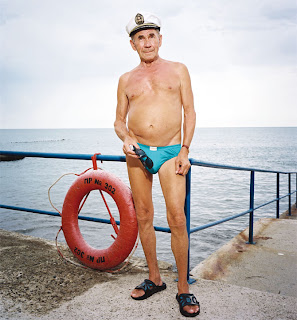 Voyage of the Damned
On Saturday the Sandy Hook Ferry was packed with young people. Suddenly I realized that I was one of the oldest on board. And that... was not necessarily a pleasant thought. When did that happen? The last thing I ever wanted was to be the old guy in a Gidget movie who occasionally spewed words of advice based on an ill spent life. 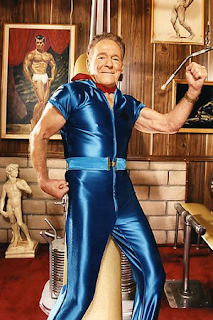 Act your age...
Don't get me wrong, I'm very comfortable in my middle aged skin. Maturity brings an innate confidence that comes from lessons learned. I have no desire to be young again. Good news is I've finally adjusted to my age and dress accordingly. Ever see a handsome guy with dyed orange hair? There's nothing worse than an older man doing everything possible to stay young. Well... nothing except maybe when he wears a blue satin jump suit. 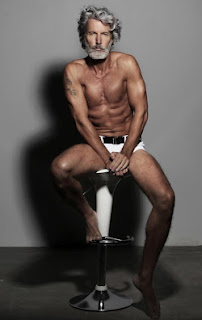 Silver Fox
There are plenty of guys my age who look fabulous. Aiden Shaw, George Clooney, Pierce Brosnan to name a few. When I grew up sex symbols were gentlemen of a certain vintage.
Mogambo
Clark Gable (59) and Grace Kelly (24)
Love In The Afternoon
Gary Cooper (56) and Audrey Hepburn (25)
Father Goose
Cary Grant (60) and Leslie Caron (33) 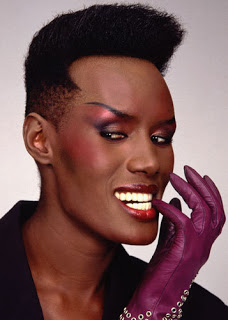 Saving Grace
I'm glad to celebrate my advanced years but please, don't remind me about it. The other day I was working with some younger members of my team. I mentioned Grace Jones and they had NO idea who she was! Imagine that, the coolest woman (is she a he?) who put the Ga in Lady Ga Ga.!!
So, I logged onto youtube and gave them
a Grace Jones tutorial. Before the end of
the day Grace Jones was on their itunes. 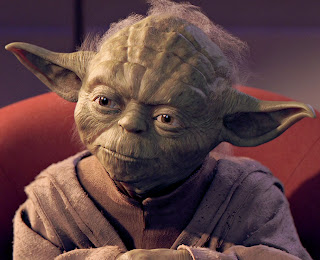 Sage Advice
Frank's dad is 95 and a living link to the past. What's so bad about knowing things others don't? The wisdom of lessons learned is meant to be shared. Maybe it's time to accept the role of teacher rather than student. Odd thing is, I'm still learning!
Posted by montanaroue at 4:29 AM