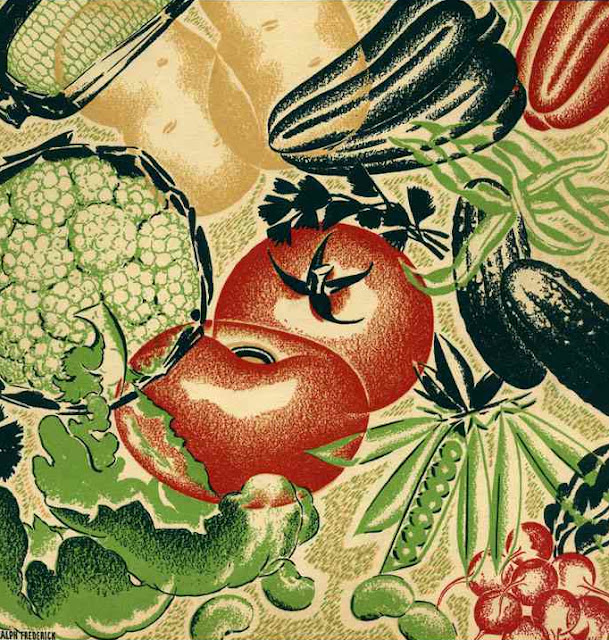 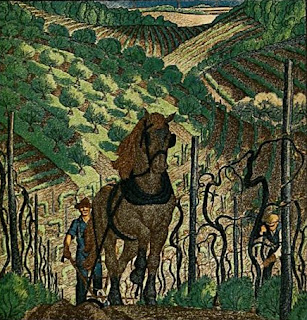 Eat Locally
Today is our Farmers Market. While we live in the center of an agricultural area, Montana is a tough place to raise vegetables. We have an extremely limited growing season and a frost can hit the fields almost any summer evening. That means that some varieties like tomatoes are best cultivated inside a green house. 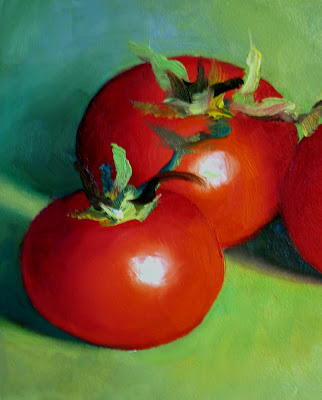 Mother Lode
There are locals who know how to raise productive crops in this climate. Mrs. "N" is raising her large family on a farm just outside Grass Range. To pay the bills, she rides into town every day to sell her yield on a shady sidewalk across from the Yogo Inn. She's known for her "O's" - tomatoes and potatoes. At our Saturday Market, she and her kids also sell home baked goodies and preserves. 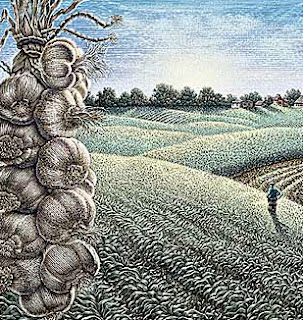 The Garlic Man
There was a man who grew garlic down on some land near Spring Creek. He had at least six varieties. Some were hot, some were sweet, some better for pickling, some optimal for cooking. Every summer we loaded up on his home grown garlic as it lasted almost a year. Then... he just disappeared and so did his treasure. 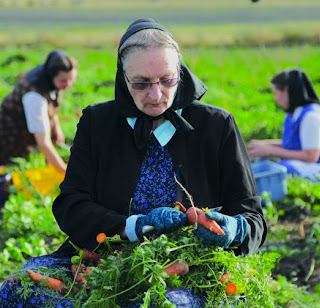 "Cult"ivators
The Hutterites are a religious sect of German Anabaptists similar to the Amish or Mennonites. They live communally on large ranches and share everything. We have several colonies nearby and their booths maintain the majority at our Farmer's market. They grow, bake, sew, and can in massive quantities. 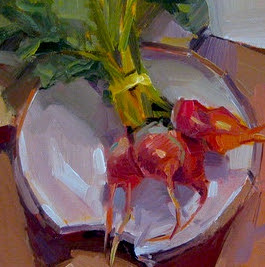 Go for broke
To earn extra cash, Hutterite ladies will do almost anything. Many locals have them clean their homes. A bit rough, most accept that the price for not having to vacuum and dust is
at least one broken treasure. When the Money Pit is move in ready, we'll hire a swarm to clean every nook and cranny! 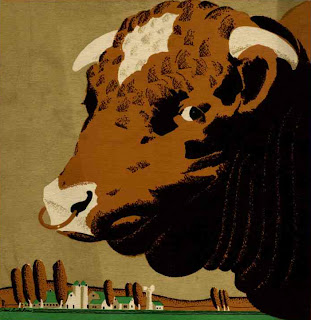 No Bull
One can buy organic meat at the Union Square Farmer's Market, but not here! Obviously we have no shortage of beef, lamb, pork, elk, venison, and antelope. If you grow (or catch) it yourself, you then "process" your meat at a local butcher or plant. One can buy local at our butcher but most prefer to shop at Albertsons. 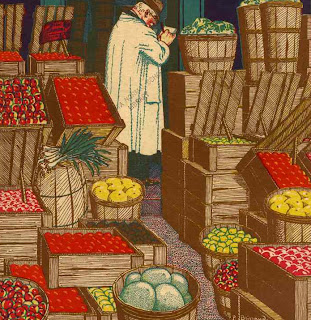 Store "boughten"
Yes, most locals prefer to purchase at the grocery store. That could be due to years of living on a farm. Organic is not a fully embraced concept here. Rather our farmers and ranchers are doing everything and anything to simply survive. Maybe they know what's really in their crop and therefore prefer to eat someone elses... food for thought!
Posted by montanaroue at 7:12 AM