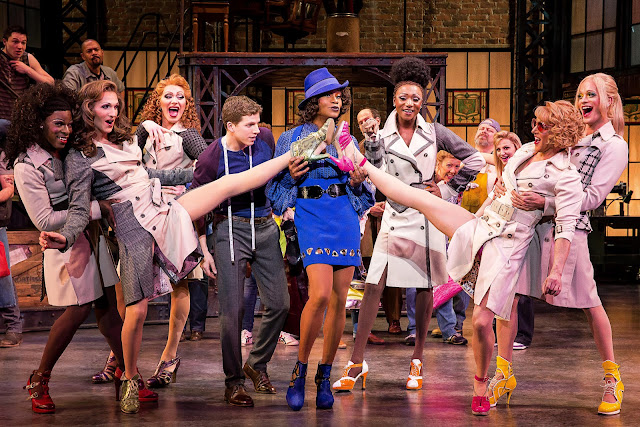 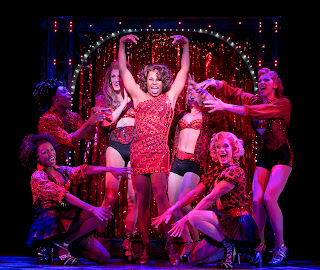 A night of stars.
My youngest daughter Margaret is visiting and last night we saw Kinky Boots at the Hirschfeld on 45th Street. One word... WOW. Having just won 13 Tonys, my wow is not about the music by Cyndi Lauper, the book by Harvey Fierstein, or the costumes by Gregg Barnes. 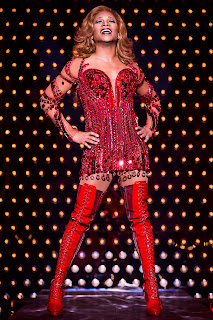 The sex is in the heel...
Celebs aside, what absolutely blew me away was the cast. Billy Porter has been around a long time. Yet somehow he never broke through. As Lola the drag queen, he may have found his ultimate role. The power of his performance enabled him to hold the audience in the palm of his hand. You could sense everyone restraining themselves from leaping up for a standing ovation every time he performed a number. His voice, dancing, and raw humanity were beyond inspiring. 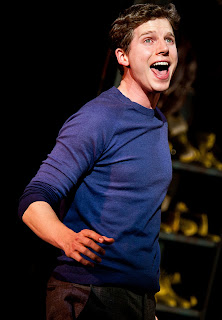 Pale is the new red.
In the play Lola claims that the color red means SEX. Well, after last night I might argue that pasty white is even sexier. I knew nothing about Stark Sands before Kinky Boots. A Dallas native, he starred in Six Feet Under, and was definately under my radar. Now I feel like I truly know him and want to be his biggest fan. This nondescript, pale white guy delivered a performance that moved me to tears. His singing, dancing, energy, and emotion were enthralling! 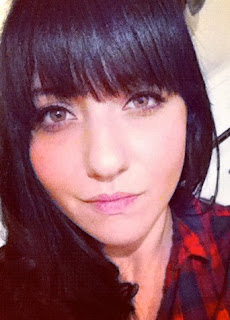 First night...
The best part of the evening was watching Margaret attend her first Broadway show. With me as her father, I just assumed she had seen many shows. Shockingly, this was her first. We haven't lived together full time since her early years. Therefore Margaret missed out many things that are a natural part of my life. In the end, that "gap" played in our favor. Last night she experienced something new and that enabled me to feel young again. BRAVO MARGARET!
Posted by montanaroue at 7:03 AM