Take it outside please 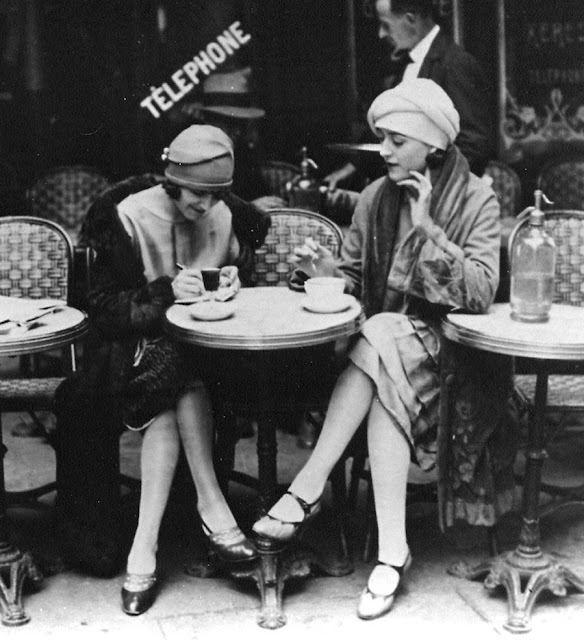 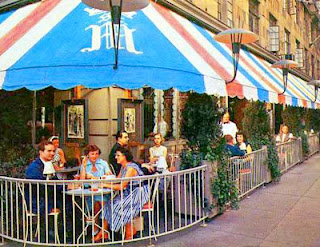 En plein air
In my youth the only sidewalk cafe in the city that I recall was The Cafe de la Paix at the Saint Moritz on Central Park South. This city was dirty and noisy so therefore most civilized New Yorkers preferred to be inside rather than brave the elements. 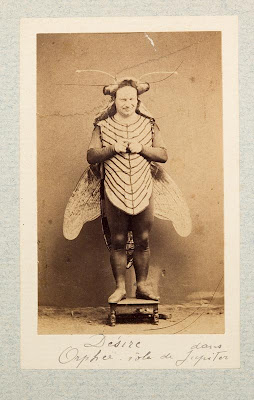 What a pest!
While I now adore dining al fresco, it was not always that way. As a young boy there was nothing I hated more than being outdoors. On the other hand, my Mother loved nothing more than sitting outside. Not hiking, not mountain climbing, just sitting. Ethel and Howard constantly dragged me from my climate controlled comfort to the dirty, pest infested world beyond. My aversion to insects made me itch at the thought of an exterior adventure. Wasn't lunch at 21 preferable to getting "antsy" at a picnic? 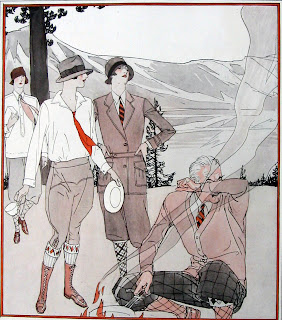 Ah wilderness!
Given Mother's adoration for all things outdoor, it's not a surprise that she loved camping. In her youth she spent weekends in the raw wilderness of Mount Kisco. Later on, she went to camp in the Adirondacks. After they married my parents annually camped in the White Mountains of New Hampshire. Nothing made my Mother happier than lolling in a hammock gazing up at the trees. 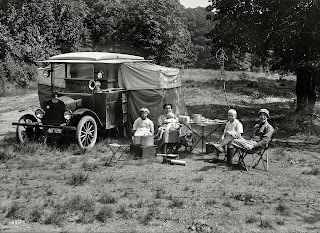 Totally camp.
On the other hand, I absolutely hated camping. Think about it... a fifteen year old aesthete stuck out in the woods with two fifty year olds... not my idea of paradise! Not only did I hate the great outdoors, I was bored. 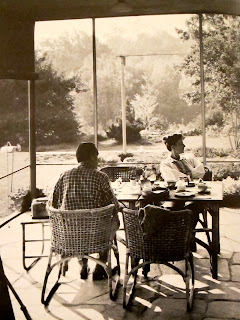 Breath it in.
Even at home Ethel couldn't get enough fresh air. Her greatest pleasure was her large screened in porch in Williamsburg, Virginia. For whatever reason Mother thought nothing was better than sitting in +90% humidity while sipping an iced coffee. While I appreciated her passion,
I preferred to think that God invented air conditioning to save our souls. Therefore why submit oneself to moist conditions given advances in modern climate control? 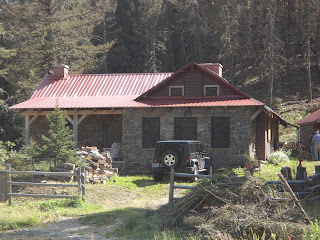 Cabin Fever
On my first visit to Montana we spent several nights at Frank's family cabin. The silence, stars, and solitude were amazing! Suddenly I fell in love with just sitting in the woods and doing absolutely nothing. And realized that as always, Ethel was right!
Posted by montanaroue at 4:29 AM