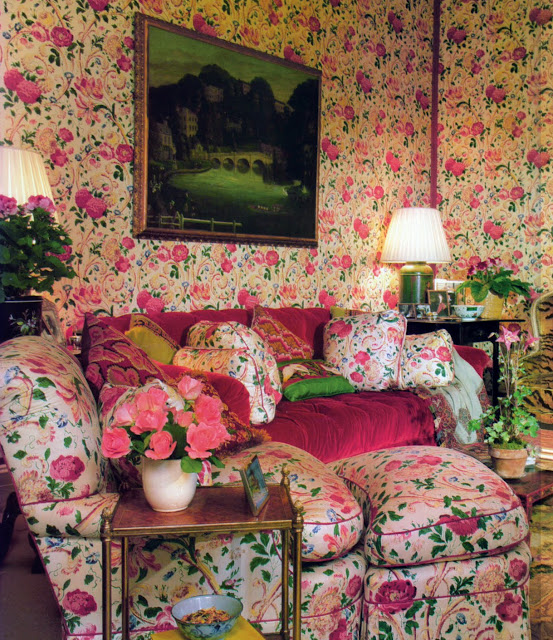 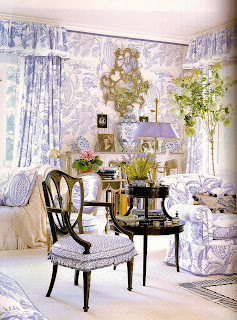 When more was not enough.
Yesterday I may have been rather
unkind when writing about my dear
Mother's affection for traditional
decorating. The fact is we've all made
mistakes. While now a devotee to
mid century Miesian simplicity, I once
worshipped Buatta, Lancaster, Parrish,
and Fowler. During the eighties I made
more than my share of grievous errors.
After papering and poofing my guts out,
in hindsight I must admit it was awful! 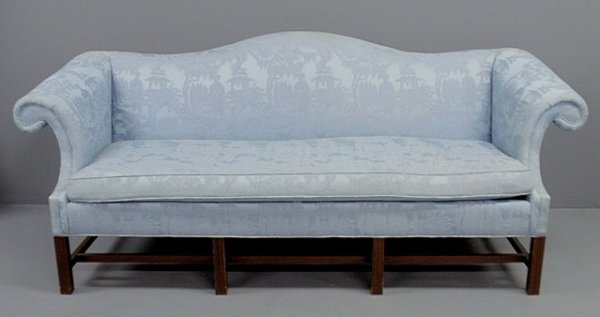 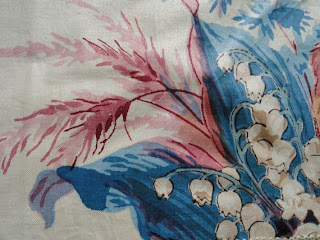 A Bad case of the blues.
One of my first purchases was
a pale blue damask camel back
from W.J.Sloane. Soon added
were a wing chair and sofa
covered in blue and pink chintz.
In it's time I though it was quite
posh. Today I find my homage
to English Country offensive. 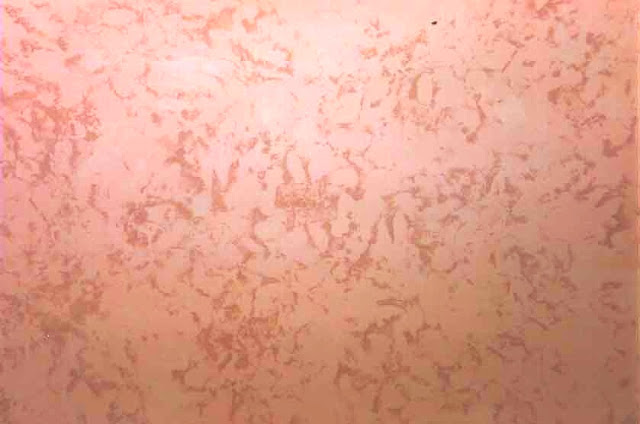 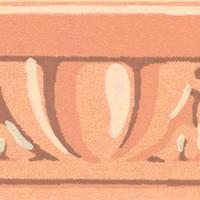 Through rose colored glasses.
Looking back I'm fairly certain that during the flush Reagan years everything was in the pink. Our dining room was rosily sponged and edged with this pink egg and dart border. While our guests looked great in it's radiant glow, the idea of that much pink now makes me nauseous. 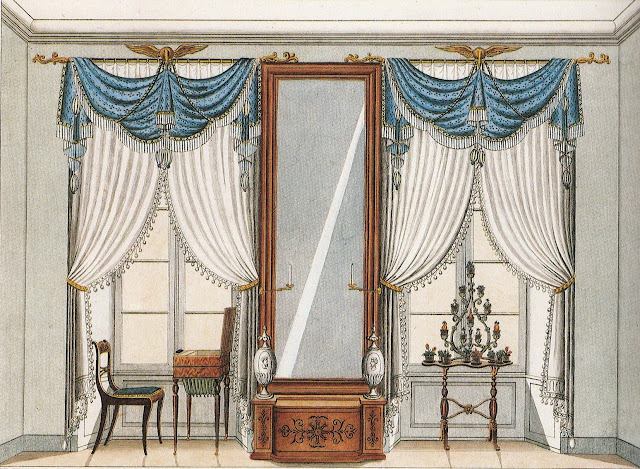 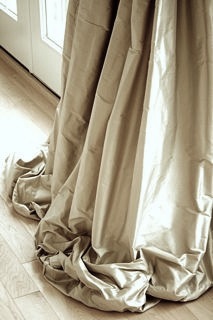 It's curtains for you...
Swags, jabots, and puddles that is.
In those days anyone with a staple gun
could create over the top windows.
Or you could simply purchase some
"decorator" sheets and flip them over
a rod and voila - WINDOW MAGIC!
My best friend "T" redecorated her posh
Mag Mile penthouse and gave us her
twelve foot cast offs. Rather than hem,
we mounded them at the base of the
window. The opposite of over the top! 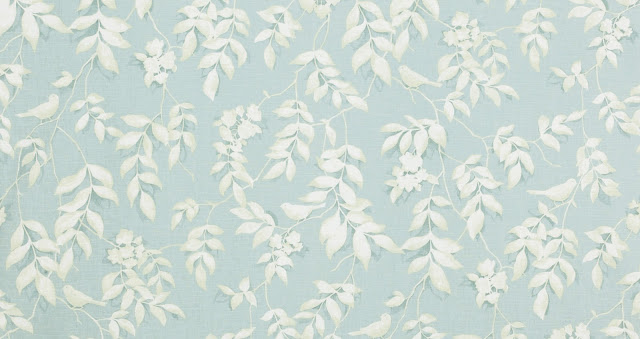 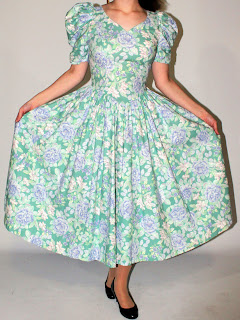 Laura who?
At one point it seemed that all that
I really needed was anything Ashley.
Then all at once that all came to an end.
You see, Laura Ashley suddenly expired.
I'm not sure whether it was her death
or the fact that every girl already had
at least one Ashley dress in their closet.
But in a moment, Laura's influence was
over. We slowly rose above the rose hips
and moved into the minimalist nineties
where black was the new pink!
Posted by montanaroue at 4:45 AM