Been there... done that 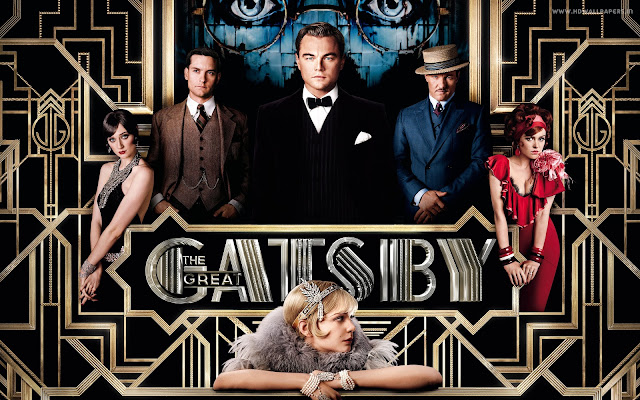 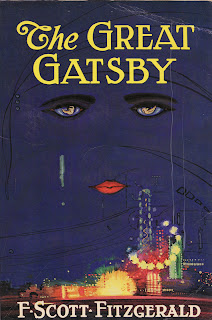 Well, yesterday I finally saw Baz Luhrman's
The Great Gatsby. After hearing more than
mixed reviews, I had to see it for myself.
So, my friend "C" and I took in a matinee.
From the sound track to the performances,
to the sets, to the clothes, WE ADORED IT.
But then again, why wouldn't I? You see,
odd as it sounds, I once lived in the 1920s. 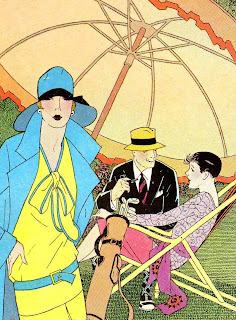 
Now that you know that I'm certifiable,
you're wondering where my delutional
perspective comes from. I've always had
an affinity for that time and place. One
that is too innate, too deep, too natural
for me to not embrace the theory and
reality of reincarnation. Otherwise how
do you explain my strong connection? 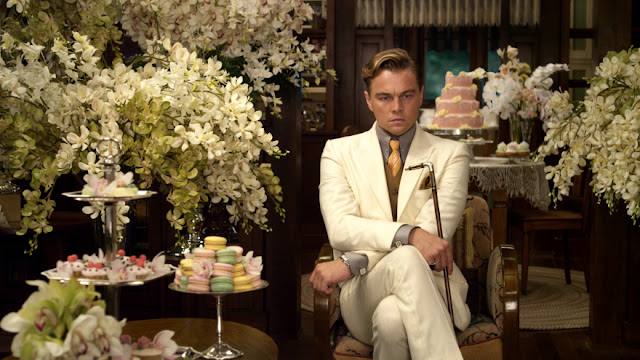 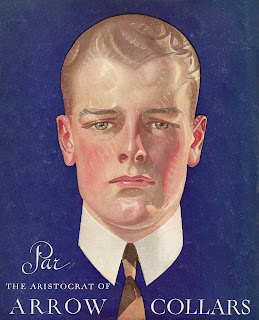 My inner flapper finds that slicked back yet clean cut Arrow Shirt Man look beyond appealing. While I never thought I would say this, one must confess that Leonardo DiCaprio is incredibly handsome in the role of Jay Gatsby. His tender portrayal of the delusional gangster/lover was touching. 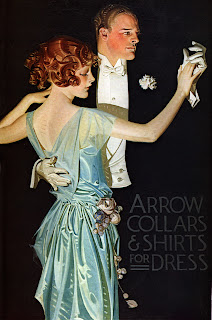 The twenties were one big party. An entire generation lost their friends and loved ones to the devastation of WWI and the Spanish Influenza. What better way to forget the past than to take off your corset, shear your locks, shorten your skits, drink some hooch, and DANCE! And who better to capture those decadent days than Baz Luhrman? 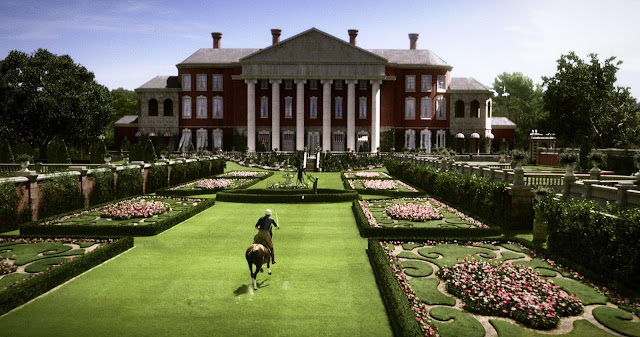 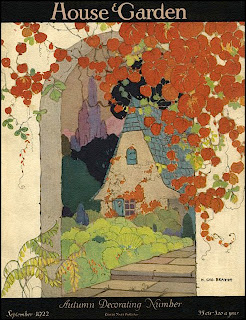 They say you can't go back. Yet part of me yearns to do just that. Maybe that's why The Money Pit means so much to me. Built in 1917-1918, it feels so right, so natural. I connect to it in a way I can't describe. Who knows... maybe I've lived there before? Deja vu or... round deux?

Posted by montanaroue at 4:27 AM