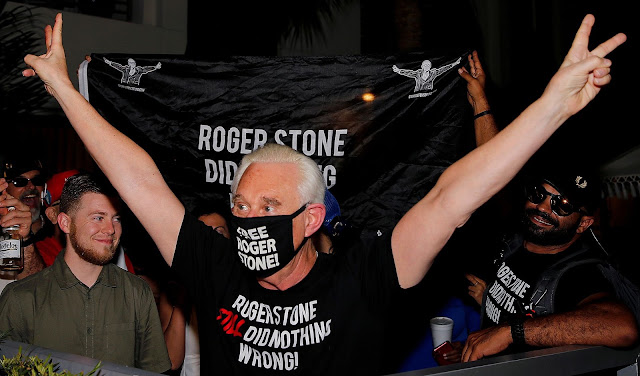 Redeemed by the...
Almost everyone hopes for redemption. To be
absolved of all wrongs. That is the foundation
of most religions. Somehow any individual
can suddenly start anew. Relieved of any/all
errors in judgement no matter how bad they
have been. Said holy "get out of jail" card is
what fuels fundamentalist Christian beliefs.
Driving many a "sinner" to the altar as "Just
As I Am" plays on. Having grown up in that
world I've seen rich, poor, good, and bad join
said club. Most initially humbled yet evolving
to a state of pious superiority. Given they were
good enough to be forgiven. And... set free. 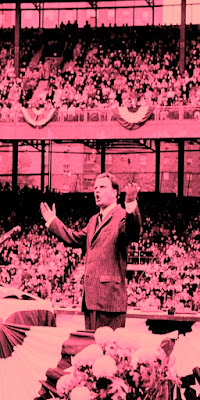 Billy club
We all need to be loved. Life isn't easy. Hence
we search for more. My parents "found Christ"
at a Billy Graham Crusade at Yankee Stadium.
Soon thereafter they joined an "independent"
Baptist church. Leading exemplary lives by
helping others, giving back, and always trying
to do the right thing. All of which is why I so
deeply respect their legacy. As an adolescent
I too asked Jesus into my heart. However it was
more of a rote gesture. One I felt I had to do in
order to join their fray. Since then, my faith has
evolved as I learned life's lessons. Hence every
day God is still with me. And guides my way. 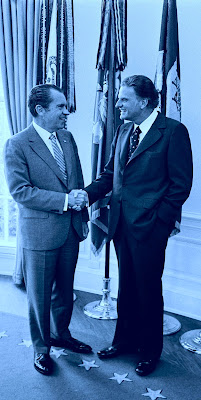 Free from sin?
While all of us deserve a second chance, it
sometimes can be a bit sketchy. Faced with
imprisonment post conviction for lying to
Congress (plus witness tampering) Roger
Stone hit rock bottom. So much so that he
agreed to attend a Franklin Graham Crusade.
There like my parents he fell to his knees and
begged a higher being for forgiveness. And
on Friday it was granted. Donald J. Trump
commuted Roger's prison sentence. It's been
said that the Lord works in mysterious ways.
And maybe that's true. However I can't help
but ask where God is in all of this? 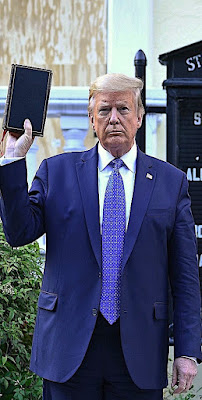 No one is above the law
As children each of us are taught that there are
consequences for every action. And that like it
or not one must pay for their sins. As part of a
healing process, every member of A.A. admits
the error of their ways. Asking those who they
wronged for forgiveness. Religious folks accept
that while God may grant salvation, we all must
atone for our sins. Thus I find that a convicted
criminal who blatantly and boldly violated the
law is now free reprehensible. Saved or not,
there is something ungodly about the fact that
he won. And worse - that his redeemer is yet
another unrepentant sinner. God forgive him.