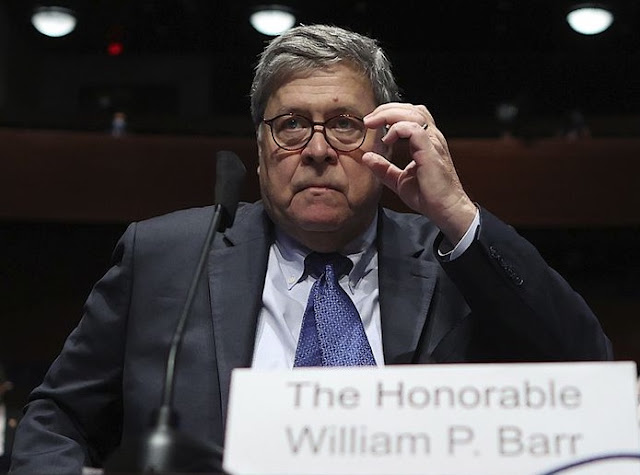 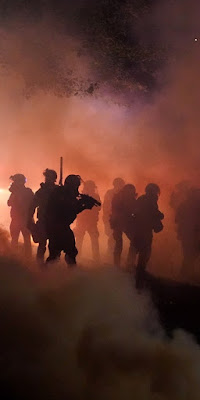 Smoke and mirrors
Theres an old expression "where theres smoke
theres fire." Along with another "actions speak
louder than words." Hence denials aside, Bill
Barr's tenure as our Attorney General has been
questionable at best. Given timing is everything
his rapid responses to President Trump's public
tweets alone cannot be ignored. Nor can his
abject compliancy to Presidential directives to
unleash federal troops upon American citizens
be condoned. All of the true evidence - whether
circumstantial or documented is ample enough
to demonstrate that he is the wrong man for the
job. Enough said. Regretfully he is who he is. 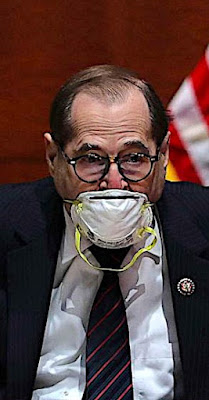 Counter intelligence
However, that is not our problem. One simply
had to watch Mr. Barr's appearance before the
Congressional Judiciary Committee to view
what a mess we're in. Given Mr. Barr's prior
lack of engagement said august panel, his
questioners were loaded for bear. Ready to
attack him for his arrogance alone. Along
with his actions outlined above. However
the left's blatant grandstanding did then no
good. Nor did the counter offensive from the
right make their point. Instead both parties
should have allowed William Barr to speak
for himself. And... thus dig his own grave. 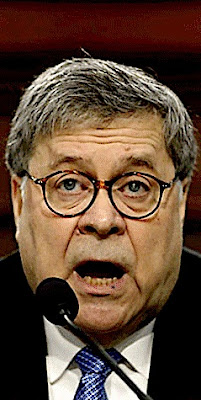 Speak of the devil
Obviously the arguments and accusations on
both sides fell on deaf ears. All as one of the
most arrogant and deviant of public servants
sat silently by. Asked important questions by
his rabid foes, he was NOT given the time to
answer. Thus insuring that we the people did
not hear what Mr. Barr had to say. Which as
his random media interviews amply show is
little more than compromised subterfuge. It's
obvious what he has done. His agenda being
even clearer. Hence our representatives need
to let the man speak. And in doing so enable
his arrogance to insure that we hear the truth.
Posted by montanaroue at 4:00 AM