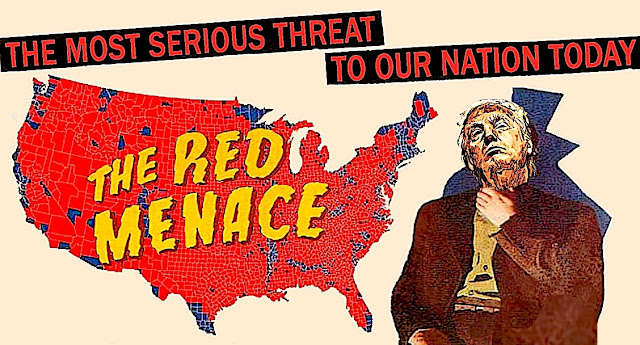 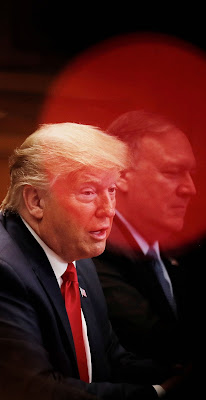 Red riders
According to our top administration officials
in Washington - our American way of life is
under attack. Per Secretary of State Pompeo
protestors threaten our top two most important
unalienable rights. Private property ownership
and religious freedom. Which may be why Mr.
Trump worries about Democrats "destroying"
our suburbs. And for some odd reason predicts
that "windows" will disappear if Joe Biden is
president. Hence per said august leaders we're
our own worst enemies. Well... not all of us.
Just any American who happens to skew blue.
Or disagrees with red conspiracy theories.

Now and then
Fostering fear and doubt has long been a way
to control the masses. Whether such rumor or
innuendo are fact based doesn't seem to matter.
Rather they seem to feel that simply protecting
the status quo is more than enough. However
times are changing. Fivolous fear mongering
within the context of our Coronavirus crisis is
now ineffective at best. In part because any
attempt to protect rote now seems archaic at
best. Many Americans struggle with the very
idea that protecting dead Confederate "heroes"
monuments is more important than the health
of living Americans. Are they that out of touch? 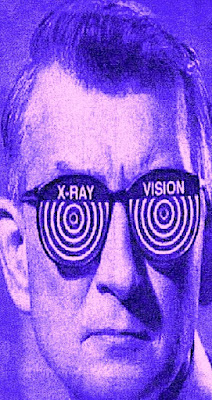 Purple reign
What's old is no longer new. Hence whatever
arguments once stoked America's angst and
ire have changed with the times. The majority
of us know right from wrong. And so looking
at our world via red colored glasses grows all
the more ineffective. Few if any have answers.
Yet what is certain is that more Americans are
questioning the viability of our out of touch
leaders. While one can disregard Mr. Trump's
tweets, we can't ignore the viral crisis at hand.
Thus the only viable  "red alert" is that some
of us don't get it. And hopefully won't win in
November. Not red, not blue, vote PURPLE.
Posted by montanaroue at 4:00 AM