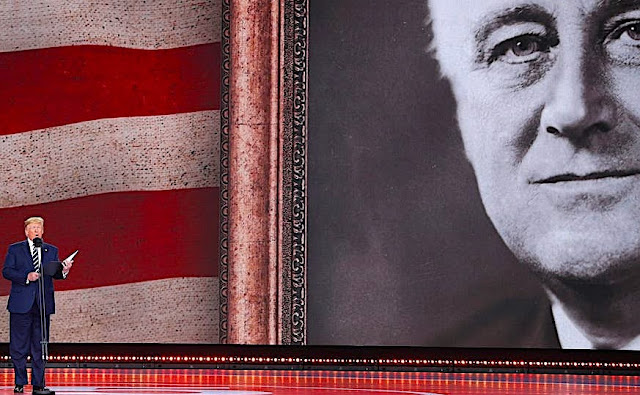 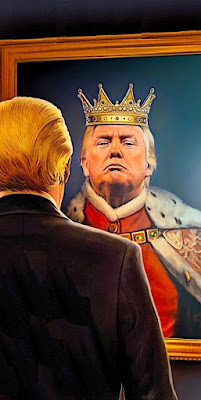 Profile in scourge
Where do I begin? After denying its existence.
Post claiming that Covid 19 was just another
hoax. Despite subsequent suggestions that all
of this was just an over reaction. Finally our
President is facing reality. And it would seem
rather relishing his role as Commander in Chief.
Thrilled with his newfound role as savvy, he is
now comparing himself to Franklin Delano
Roosevelt. Who besides also having raised rich
shares little else with Mr. Trump. Hence while
I'm glad he's finally doing something, it seems
our top megalomaniac is simply refocusing his
delusions on... himself. 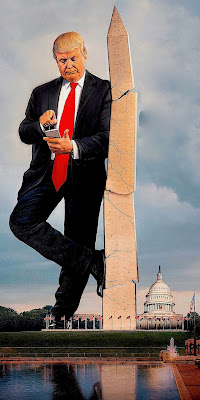 Opportunity zone
Some claim he simply can never win. However
within Donald Trump's sphere of influence it
seems that he is always the victor - no matter
what. Sadly his warped self importance sullies
Donald Trump's chances of greatness. The fact
is when confronted by the most insurmountable
of foes - a viral pandemic - he's continues to be
incapable of displaying even the slightest bit of
humility. That core human trait that separates
man from beast. Instead it's obvious that he's
simply considering this viral crisis yet another
public relations opportunity. A chance to regain
his place in primetime. 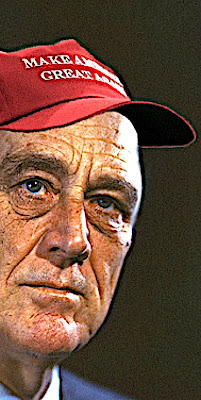 Great expectations
The most important role of any elected official
is that of servant. Hence it's Mr. Trump's job
to put the needs and wants of his constituents
above his. Thus rather than a chance to relive
the glories of World War II the Covid 19 crisis
is an opportunity for Donald Trump to finally
be a human being. Rejecting self-service for
the service of others. Discovering that nobility
is doing what's right for the collective whole.
Hence there just might be a chance that even
the weakest of leaders could become another
FDR. And in emulating the best of said man,
insure that we all make America great again.
Posted by montanaroue at 4:00 AM