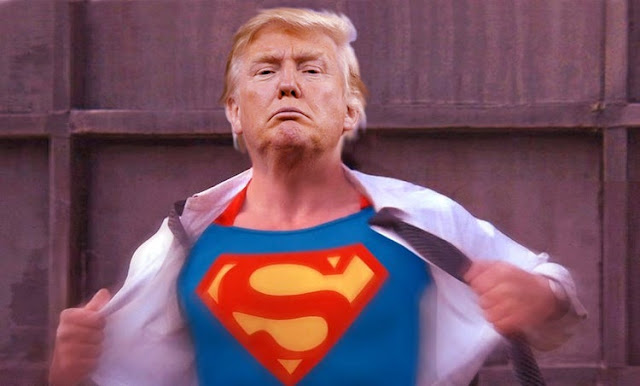 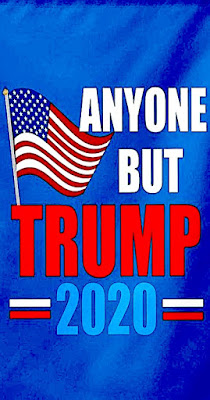 Shit happens
Part of our electoral cycle is weighing our
options. Evaluating the players. And making
a decision.  Many criticized Democrats for
considering too many choices for President.
That such a crowded playing field threatened
our chances to defeat Donald Trump. Over
the last months we've seen many exit said
race. However the competition truly changed
post Joe Biden's sweep of South Carolina on
Saturday. Subsequently Tom Steyer, Mayor
Pete Buttigieg, and Amy Klobuchar dropped
out. Along with endorsing Joe Biden. United
to the idea of electing anyone but TRUMP! 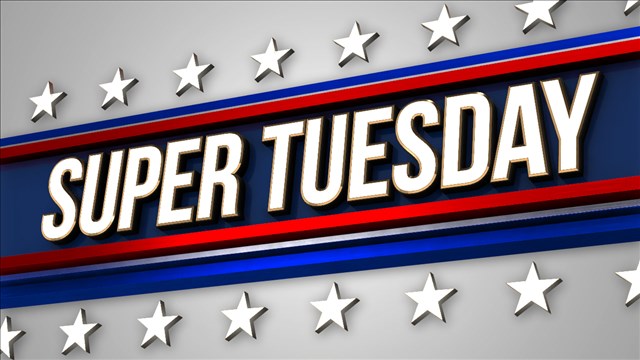 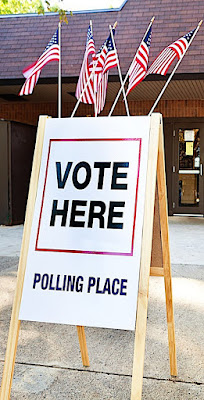 Cutting our losses
Fragmenting the Democratic vote seemed to
be damaging our chances. Hence this process
of elimination was necessary. The majority
of Democrats (if not all) share a common goal.
Which is to insure Donald Trump doesn't win
another four years. The threat of which made
it all the more important for each candidate to
face reality. Doing what's best for our common
good. Today is obviously the big one. Voters
across fourteen states will vote their conscience.
With 1,357 delegates at stake. The question is
who will come out on top? And who of those
left will bottom out? 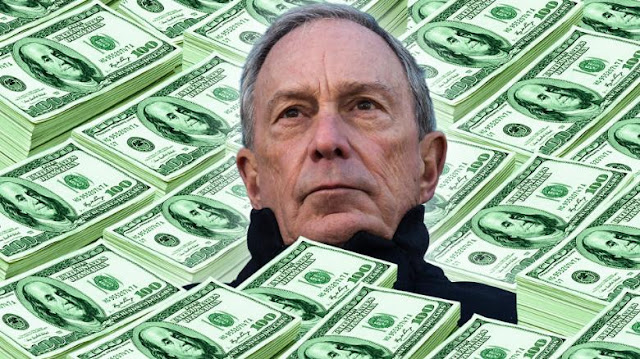 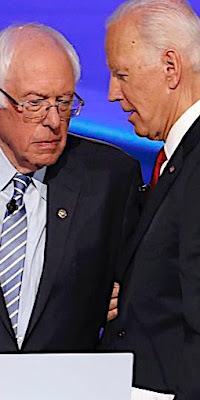 More or less
Like it or not, as I write the more moderate
faction of Democrats are still split. Mike
Bloomberg will be on the ballot for the first
time. Having poured over $200 million in
media within the Super Tuesday markets.
The question is can he hold his own versus
his two key competitors? Biden is obviously
the safest bet and hence should do well. But
at times his performance hasn't been quite
as inspiring as one might hope. On the left -
Bernie Sanders has the leading edge. While
Elizabeth Warren is barely surviving. That
leaves the rest of us to hedge our bets. 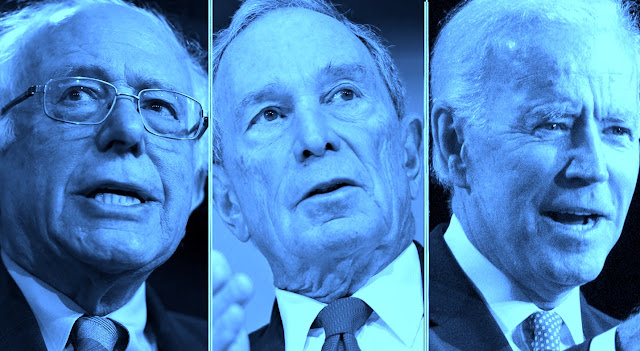 All or nothing at all
Frankly I've struggled up to this point. Hoping
here would be a choice beyond a white male in
his LATE seventies. Next whoever whomever
chooses as his running mate just might make the
difference. Offering further motivation for folks
like me to support their candidacy. Thus after
today all of us will know what we have to do.
Which is to pick the best candidate in what may
be the bloodiest presidential election ever held.
Whatever happens today, it's never been more
important to participate. Making each and every
vote all the more important. This race has only
just begun. TOGETHER WE'RE STRONGER!
Posted by montanaroue at 4:00 AM