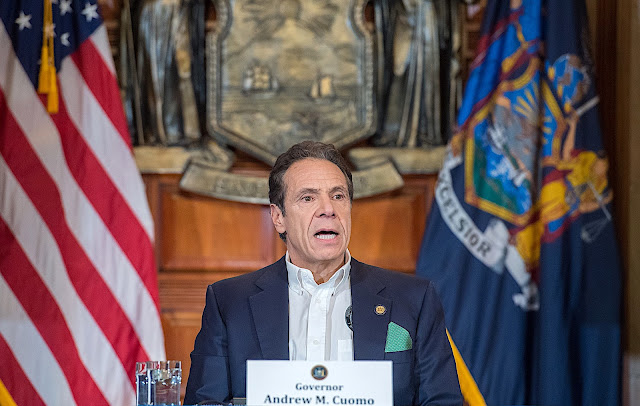 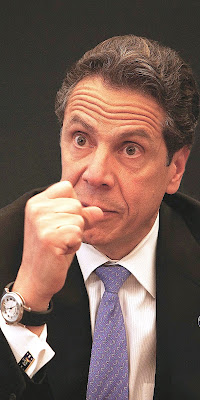 A fighting chance
Even in the worst of times one can suddenly
fall in love. Just a few weeks ago who knew
that the highlight of my day would be a press
conference? Not those where Donald Trump
attempts to appear in control. But rather my
heart goes a patter whenever another New
Yorker enters the fray. As in the empire state's
governor - Andrew Cuomo. Everything about
the man appeals. He's good looking, charming,
and has a great sense of humor. However that
is not what I find so alluring. What zings my
strings is the fact that he's obviously got things
under control. Including me. 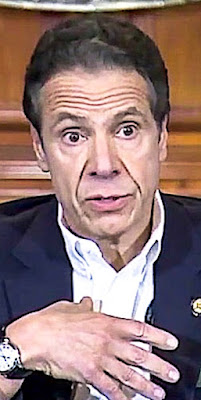 Buck me now
If nothing else Andrew is a stand up kind of guy.
Instead of deferring responsibility, he assumes it
with gusto. Constantly affirming the "buck stops
here" so if you don't like it "blame me". In sharp
contrast to another former New Yorker who says
he "takes no responsibility" for any missteps his
administration has taken along the way. Hence
honesty, integrity, and candor is actually what
makes Andrew Cuomo so sexy. That along with
the fact he has no problem telling the world that
he loves his Mom. Further proof of what makes
a man a man. A leader a leader. And an asshole
- a total failure. And sadly... our President. 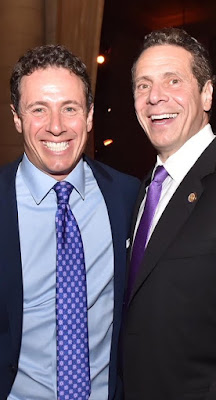 Twice as nice
Andrew ardor aside, I feel like I'm cheating.
You see for years I've adored his handsome
younger brother Chris. As a key anchor on
CNN said blue eyed boy shares many of the
same positive attributes of his elder sibling.
In that he passionately tells us like it truly is.
And is always willing to share and see the
other side. Both of the Cuomo boys inspire
me. As they are the embodiment of all that
is truly American. More than willing to step
up no matter the challenge! My hope is that
we can be inspired by their shining examples.
Especially... the man in charge... Trump!
Posted by montanaroue at 4:00 AM