BLASTS FROM OUR PAST 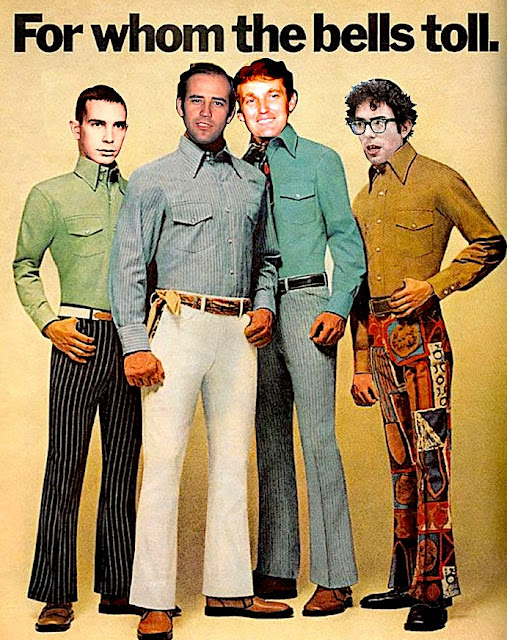 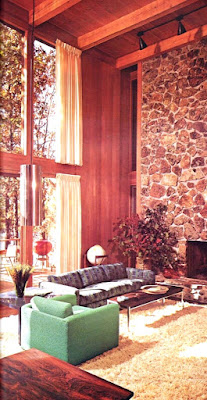 That seventies show
Everyday I'm reminded that I've been there...
done that. And then some. Everything from
our younger days is popular once more. Be it
music, LP records, turn tables (as in stereos),
dusty rose, rattan, and even avocado green.
Things that were never all that good to begin
with. As technology and fashion advanced
we followed. However now that it's mixed
with a few steps back, I struggle with going
there. Not because I regret times long past.
But rather because I prefer to move on. To
leave the past behind. Yet now it seems that
we're stuck with candidates in retrograde.

Past imperfect
For whatever reason we seem to be caught in
a state of political purgatory. As we're faced
with an uncertain future we dream of the past.
Thus time warped nostalgia drives Trump's
followers in their quest to "Make America
Great Again." Along with being the reason
many feel comfortable with old friends like
Joe Biden or Mike Bloomberg. Could it be a
desire to re-engage our inner hippy that fuels
Bernie Sanders rebellious streak? Hence my
rationale for why our only choice is between
four white men in their seventies? We old
folks just aren't old enough to know better.

Great white hope
Can a blast from our past insure our redemption?
Most Americans agree on one thing. Somewhere
between then and now we lost our dignity. What
one attributes that to depends on who one aligns
with. Per Mr. Trump this country has endangered
by a swamp full of politically correct deep state
enemies. Whereas Bernie blames our crisis on
rampant corporate greed. In Mike's opinion we're
being mismanaged by a total loser. Meanwhile
Joe Biden attributes our current crisis to a lack
of character. Could it be that our problems are a
combination all of the above and nothing new?
If so why assume these old guys can solve them? Back to the future
History shows that with a few rare exceptions
things are better than they've ever been. Yet
something is missing. In my opinion our only
deficit is a lack of dignity, honor, and kindness.
Modern technology makes it easy for anybody
to be exposed for their past imperfect. Holding
all accountable for prior sins against humanity.
Fortunately it's evidentiary proof that the best
of us can evolve. That even the oldest of dogs
can learn new tricks. Hence it's quite possible
that those older and wiser can lead America to
a better place. Built upon the promise of liberty
and justice for all. Making what's old... new...
Posted by montanaroue at 4:00 AM