Who does he think he is? 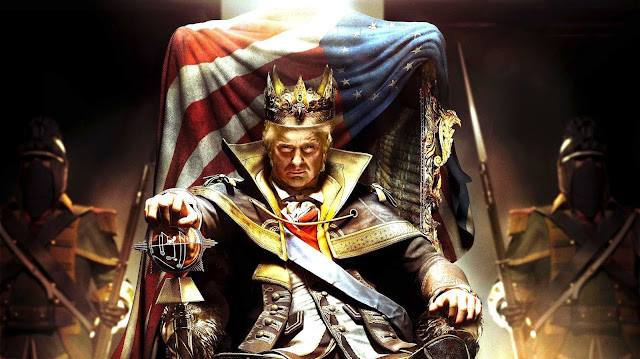 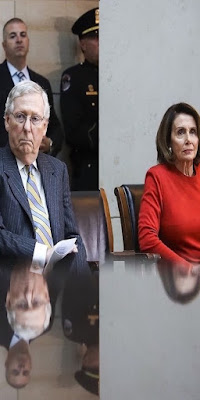 The American way
Most Americans are either highly uncomfortable
or extremely disgusted with the current turmoil
in Washington D.C. Yet said impasse is simply
proof of democracy in action. Our government
structure is based on the principal that all are
created equal. Hence not only do we all get a
vote, we're free to contribute in said process.
Be it positive, negative, or at times punitive.
Such give and take is never easy. However as
long as we all play according to the rules it's a
group effort. One where no individual usurps
another. A messy but inevitably necessary evil.
One that's benefitted us all for over 244 years. 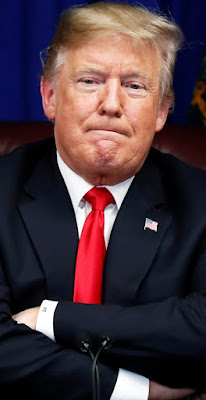 Me, myself, and I
Our collective problem is that some one doesn't
agree with said structure. Nor with centuries of
decorum. Preferring to defy all convention and
if necessary break the law. Said rogue is none
other than our President, Donald J. Trump. A
megalomaniac so delusional that he feels free
to ignore the other side. Omitting them from
guiding the future of our democracy. Dropping
bombs and assassinating foes sans agreement
with the collective whole.  A phenomena that
until now has been a rare occurrence. Totally
violating the core of what the United States of
America is supposed to be.

Royal delusions
The founding of this country was fueled by
a rebellion against patriarchal rule. Boldly
rejecting royal precedent where one makes
all the decisions. Our founders established
a system of government that insured that
everyone had a voice. And ultimately that
our future was ruled by a melange of people,
ideas, and opinions. Sadly, Mr. Trump rejects
said premise. Preferring to issue dictums via
tweet rather than face his enemies and come
to a joint conclusion. Instead Don operates
like a king. Assuming no opinion matters but
his. And what's more unAmerican than that? 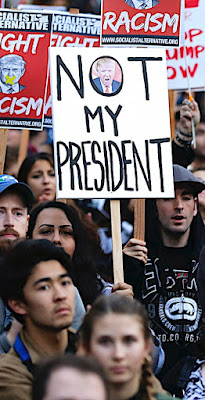 All together now
His capricious arrogance endangers us all.
Yet the risk of war, terrorism, or retribution
are the least of our problems. What is most
vulnerable is our democracy itself. The very
structure that makes America unique and
some might argue strong. Whoever voted
for Mr. Trump didn't vote to empower him
in ways no other President has ever been.
Nor did they afford him the right to usurp
all other duly elected officials. Even if he
lost the popular vote, said election was a
popularity contest. Isn't it time we protect
our rights? And put Trump in his place?
Posted by montanaroue at 4:00 AM