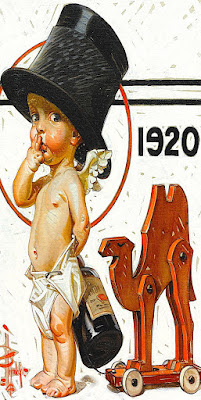 Past imperfect
One hundred years ago the League of Nations
was established. Post the carnage of the first
World War leaders across the globe joined en
masse in an attempt to insure a better future.
The brainchild of President Woodrow Wilson
this organization of fifty eight nations lasted
only twenty six years. In part because the USA
never joined. Ultimately this dream became the
foundation of the United Nations post World
War Two. And while some question it's efforts
and that of NATO, it still fights for democratic
principles, human rights, and freedom globally.
A never ending challenge for everyone. 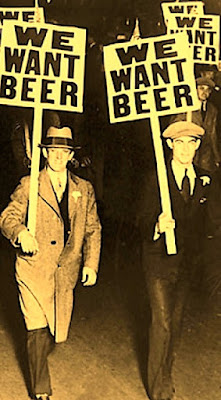 January 17th 1920
On this first day of prohibition the Volstead
Act came into force. The 18th amendment
prohibited consuming, manufacturing, and
selling all alcoholic beverages. Given we
want what we can't have Americans rebelled.
Leading to a 41 percent increase in drunk
nd disorderly arrests during 1920. Plus an
81 percent rise in drunk driving convictions.
Along with a 13 percent increase in murders
nationally. Driving a 366% upswing in the
federal prison population. Ending in a 1000
percent rise in federal expenditures on penal
institutions. A noble yet futile failed gesture. 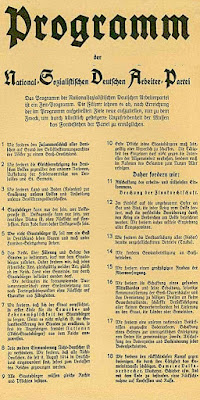 February 24th 1920
Adolf Hitler launched a 25 point program at
a Nazi Party meeting in Munich. The largest
gathering of the fledgling political party to
date, over two thousand attended. Included
in the twenty five points was a directive to
disengage from the Treaty of Versailles. And
a declaration to establish a dominant German
empire with annexed colonies. Said dictum
also denounced the right of Jews as German
citizens. Calling for the eviction of all Jews
from leadership roles in German Society. By
the end of World War Two at least six million
Jews were exterminated by Nazi Germany.

March 28th 1920
On this Palm Sunday much of middle America
was experiencing warmer than usual weather.
While Americans were celebrating in church
trouble was brewing. The result was the perfect
climate to create at least thirty seven tornadoes.
Which spread across Georgia, Illinois, Indiana,
Michigan, Missouri, and Ohio. In its wake was
a trail of debris along with 380 dead - 1,215
injured. Less than a month later on April 20th
an additional seven tornadoes hit Alabama,
Mississippi, and Tennessee.  Killing at least
243 victims. Making 1920 one of the highest
tornado years ever recorded until that time. 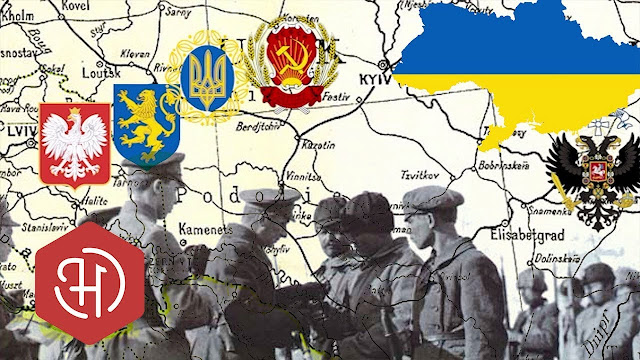 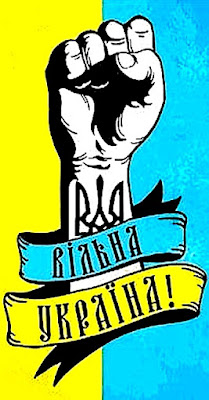 April 24th 1920
All too often history repeats itself. Since 1917
the Ukraine had been battling Russian forces
in the hope of establishing a Ukraine People's
Republic. In April Ukraine freedom fighters
signed an agreement with Poland. Immediately
thereafter they joined forces to attack Kiev to
free it from communist control. Which led to
a series on conflicts with the Bolsheviks that
finally drove the start of peace negotiations in
November of 1920. However it wasn't until
October 1921 that an armistice was signed
with communist "Red" forces. A century later
the same old enemies are at still at battle. 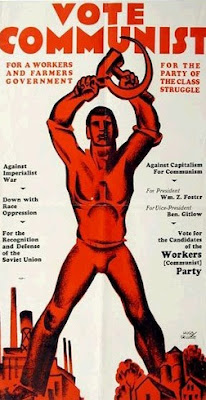 May 5th 1920
President Woodrow Wilson sign a law making
the U.S. Communist Party illegal. This was the
culmination of a fight that started in 1879 with
the founding of the Socialist Labor Party. In
1919 Vladimir Lenin invited leftist members
of this primarily labor driven organization to
join the Communist International. Fearful that
red radicals might overthrow the government
Attorney General Alexander Palmer initiated
anti-communist raids. Arresting over 10,000
suspects. A century later the tension between
communist Russia and mainstream America
continues. That is except in the oval office... 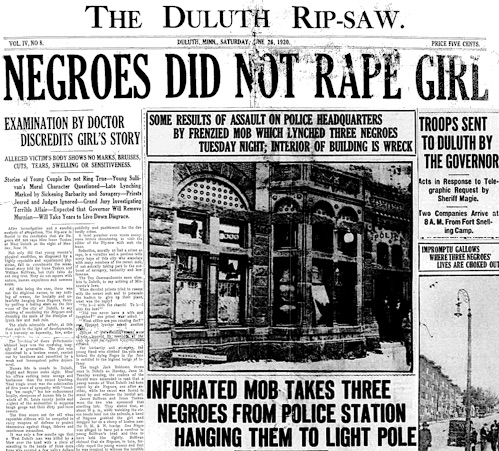 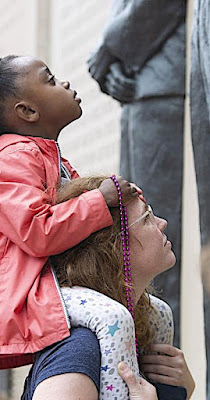 June 15th 1920
On this day three African-American circus
workers were lynched in Duluth Minnesota
by a white mob of thousands. Motivated by
rumors that six black men raped a nineteen
year old woman. Yet subsequent physical
examination showed NO physical evidence
of rape. No one was ever convicted for the
murders.  In April 1921 Minnesota enacted
anti-lynching legislation. In 2003 the city of
Duluth built a monument to honor victims.
54% of Duluth elected Barack Obama in
2008. 53% did so again in 2012. Mr. Trump
ost Duluth to Hillary Clinton in 2016. 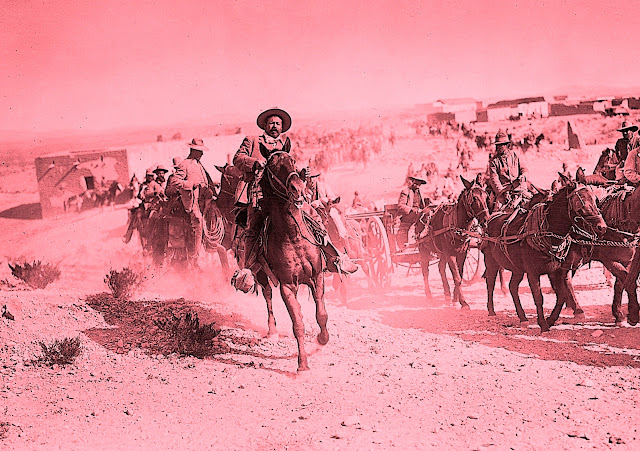 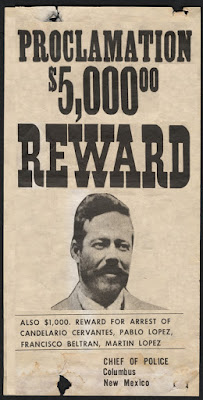 July 29th 1920
After years of battling both the Mexican and
American governments, rebel general Pancho
Villa surrendered to forces over handshakes
and some cognac. Ending his fight against
oppressive Mexican factions and intrusive
American forces. While not an illegal alien -
Pancho Villa crossed the border frequently.
Including an attack on the U.S. forces in
New Mexico. Pardoned post surrender he
retired to his vast estate. Where his loyal
followers protected him. Somehow he was
assassinated in 1923. Today this rebel is
considered one of Mexico's greatest heroes. 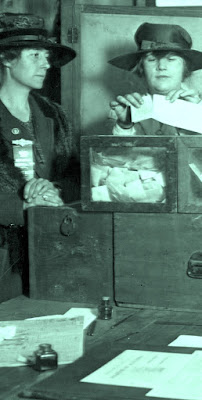 August 18th 1920
After decades of fighting for equality, more than
half of the United States population was finally
able to vote. Prior to the 19th amendment being
ratified American women had no voice. Finally
their needs, wants, and dreams were equal to
their male peers. That November women voted
n a presidential election for the first time. Sadly
today their battle for equality continues.  As of
the 116th Congress - only 23.7% of our leaders
are female. While the highest ratio ever - it still
falls far below their collective whole of 50.8%
of Americans. Proving we the people still have
work to do! All Americans should be EQUAL! 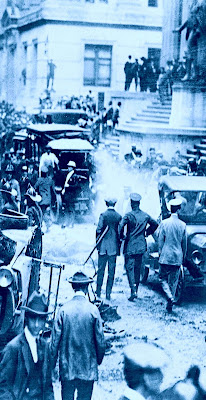 September 16th 1920
Shortly after noon a horse drawn cart pulled
in front of the headquarters of J.P. Morgan
on Wall Street. It held a bomb made up of
100 pounds of dynamite plus 500 pounds
of cast iron sash weights. Post explosion
38 were dead and 143 seriously injured.
Along with hundreds more wounded. Who
actually set things off has not been solved.
However historians attribute the blast to a
group of Italian anarchists - the Galleanists.
An anti-capitalist movement who the year
prior had set off bombs in eight cities and
in the mail. Acts which fueled the red scare. 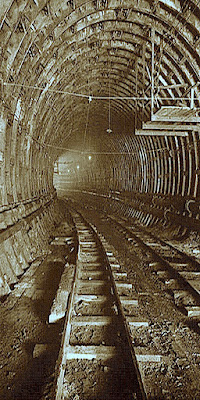 October 12th  1920
The island of Manhattan was separated from
New Jersey by the Hudson River. Serviced
by a platoon of ferries that took commuters
across said great divide. Finally engineers
devised a plan to build two "tubes" beneath
the tributary. On this day construction began
on what would later be named the Holland
Tunnel. The longest vehicular tunnel in the
world when it opened in 1927. Four years
later the George Washington bridge linked
the upper end of the island to Jersey, With
the Lincoln tunnel connecting the middle
in 1937. All now considered necessary evils.

November 2nd 1920
Warren G Harding was elected our twenty
ninth President with a landslide electoral
college win of 404 to 127 votes. Initially this
Republican Senator from Ohio was deemed
a long shot. However some attribute his win
to his good looks. And women voting for the
first time. The most popular President to date,
he served for only three years before suddenly
dying. Soon thereafter a variety of scandals
exposed rampant corruption and questionable
morals within his administration. Sex, lies,
and graft in the White House. Imagine that!
SOME THINGS NEVER CHANGE!

December 20th 1920
Many consider Bob Hope to be the definitive
American icon. Others deem him a national
hero given his decades of service entertaining
our troops across the globe. Yet few realize
that he immigrated to the USA from Britain
in 1908. Becoming a citizen in 1920 at age
of seventeen. An example of the 25,000,000
"foreigners" who came to our shores between
1880 and 1920. Helping make America all
that it is today. Yet some now want to limit
our growth by curtailing the influx of future
newbies. Hoping to be "real" Americans just
like Bob. Anyone can make America great!
Posted by montanaroue at 12:01 AM