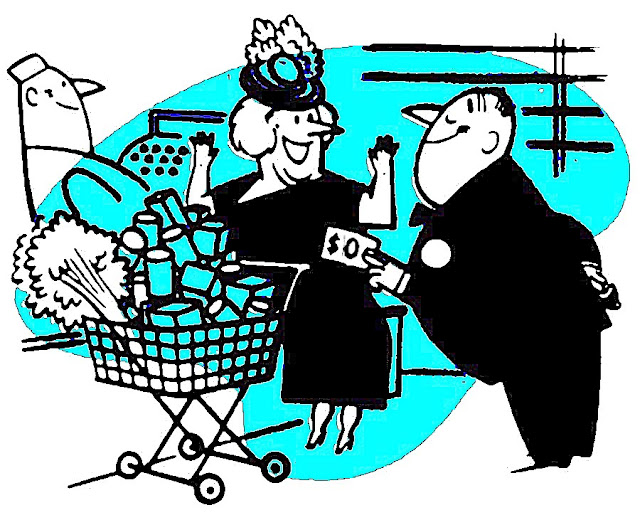 Shop til they drop
One thing is certain, chances are everything
will change. Hence post decades of battling
merchants I became one. And soon learned
that the majority of what I'd said or thought
about them was wrong.  The good news is
after two years of advanced education I now
know what not to do. A novice who is finally
able to play the game. That doesn't mean that
I enjoy participating in a combat sport which
requires deception in order to win. Long ago
renowned merchant Marshall Field stated
"give the lady what she wants." So should
I give in and do just that? In other words lie? 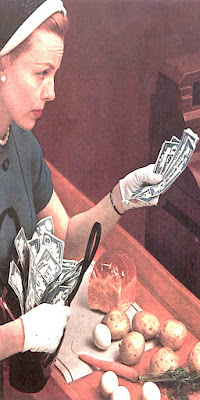 Losing proposition
As a retail marketer I long ago "got it".  Every
shopper wants to think they're smarter than the
rest. That somehow they've beaten the system.
Thus their savings are the exception rather than
the rule. However now that I've crossed over to
the dark side I understand that nothing could be
farther than the truth. That in both theory and
practice there are costs and values associated
with everything. As a merchant I may pay one
dollar for something that's worth five dollars
to the end user. In the old days that basic level
of mathematics insured retail worked for just
about everyone, everywhere. But not anymore.

Checked out
There are a plethora of elements that ultimately
add up to a product's price. Those include the
basic costs of making or procuring an item and
then running the joint where it's sold. However
on these times of cyber warfare, many are able
to eliminate much of that overhead. Enabling
them to deliver more for less to consumers. All
of which is fine in theory. However in reality it
creates an unfair advantage. One where most of
us assume that we can buy everything for less.
And that it's a merchant's responsibility to cut
their profit out of said equation. Anything to
get a sale. A shell game where nobody wins. 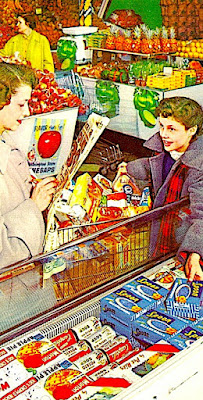 More and less
Thus the farce goes on. One where somebody
claims something is worth Z yet somehow is
able to sell it profitably for A. In prior roles
I funded customer research about pricing. All
of which indicated that consumers understood
the art of creating a false value then marking it
down. They say they don't like it. But in truth
love playing the game. Whether their savings
are real or not. A false premise that requires
that a merchant put a price on goods far above
their worth. Only to immediately "slash" said
faux cost dramatically. Protecting profit margin
while insuring the consumer thinks they won. 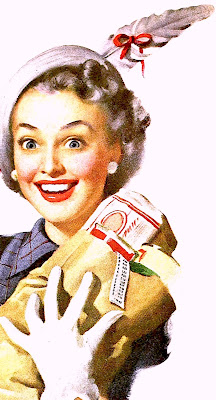 Equal opportunity
As I said at the start, I'm still learning as I'm
selling. Until now I've worked hard to fairly
price things fairly. Attempting to offer strong
value from the very start. Yet on-line buyers
constantly barrage me with counter offers at
half that price. What follows is a theoretical
game of cat and mouse. One where the buyer
assumes that bickering itself insures success.
However just like every other merchant I've
figured it out. So I start out with enough of a
cushion to guarantee success from the get go.
Giving both the "lady" and myself what we
want. A fair and equitable price AND profit.
Posted by montanaroue at 4:00 AM