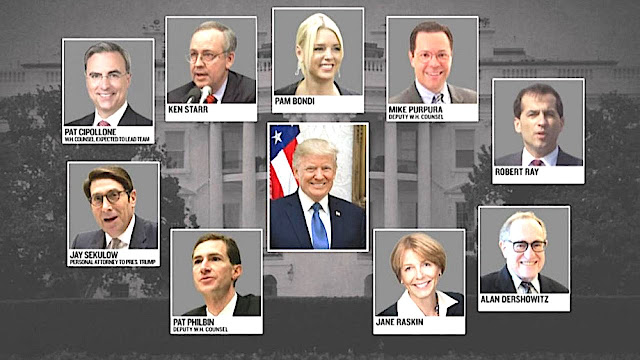 Equal opportunity
Now is the time when Mr. Trump's defense team
finally gets to tell their side of the story. Much to
President Trump's chagrin, said event broadcasts
in "death valley". The time when most of us are
running our weekend errands. But not to worry.
Until now Fox News has muted the House's case
with a conservative punditry overlay. Whereas
now they're certain to make sure Trump's legal
team gets to speak their piece. And so it goes on
and on with three more days of excuses, evasion,
and subterfuge. The very idea of which exhausts
me given to date I've watched as much as I can.
But is the rest of America doing the same? 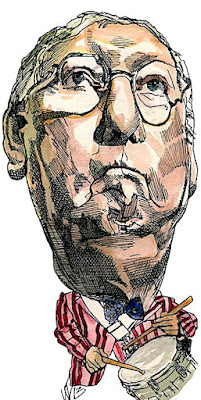 Sing along with Mitch
Whatever side you're on, the facts speak for
themselves. Yet how we opt to embrace them
is what separates right from left, blue from red.
There is no doubt that the majority of senators
entered said chamber with their minds already
made up. However what is most disturbing is
our current political rift. Sadly, the majority
of our duly elected senators - all Republican
are about to let Donald J. Trump off the hook.
But the man himself doesn't matter. What does
is that doing just that endorses bad behavior
unbecoming to a President. All because the
Senate majority is unwilling to face the truth. 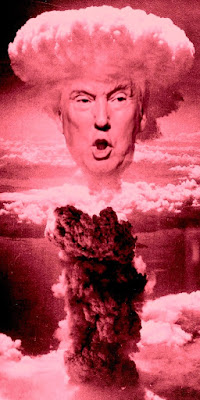 Out of the box thinking
Frankly, their unwillingness to hold Mr. Trump
accountable disgusts me. Fear of retribution
numbing their moral consciences in a haze of
partisan myopia. In doing so they wound our
democracy in ways far beyond any liberal's
wildest fears. If nothing else the evidence has
proven that Donald Trump's ego and ambition
knows no bounds. Hence much like Pandora's
box, his exoneration will unleash said beast.
Which leaves we the people with no choice but
to assume full responsibility. To hold Donald
Trump responsible. And vote him out in order
right their wrongs. Somebody has to stop him.
Posted by montanaroue at 4:00 AM