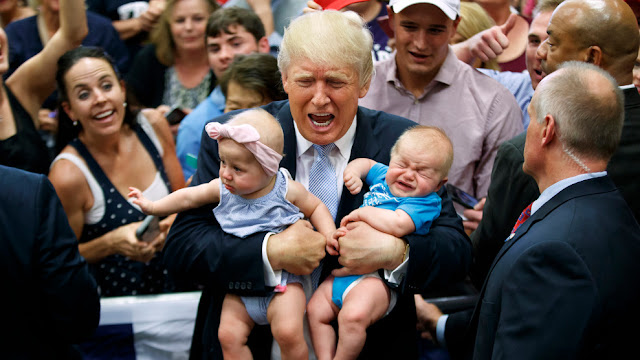 Red alert
Sometimes I think I did nothing right in raising
my kids. Which in the case of politics is a good
thing. My eldest daughter in particular has NO
patience for our current President. However as
a resident of Michigan she has at times been in
the minority. Yet over the past three years she's
seen amazing changes on the local front. Like
the universal dislike of Betsy DeVos by almost
all Grand Rapidians. And a growing respect and
admiration for former Republican Justin Amash.
However that's not the most seismic shift on the
shores of Lake Michigan. It is the ever growing
backlash against President Donald J. Trump. 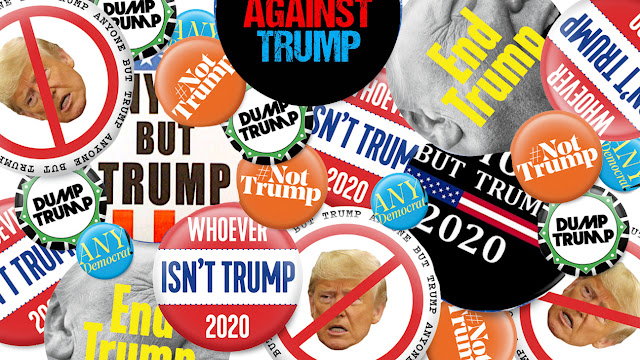 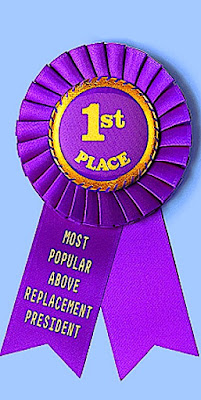 Purple people eater
"E" has a theory. Which is that young folks are
going to make a difference in the next election.
That is if they opt to participate. While almost
forty, my eldest works with lots of tots. Many
for whom this will be the first election they get
to participate in. Apparently many are ready to
vote for "anyone but him." Hence even if her
part of America bled red in 2016 - it might be
getting a transfusion of blue. A slowly growing
evolution that not only makes me optimistic but
restores my faith in mankind. Which makes me
think that maybe.2020 isn't a slam dunk for Mr.
Trump. Could a purple haze be on the horizon? 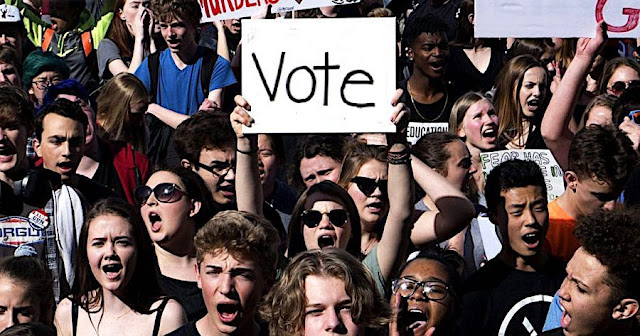 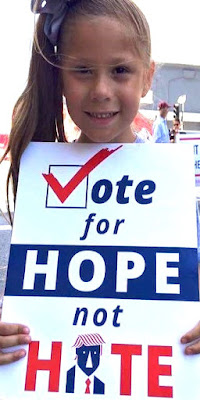 Out of the mouth of babes
Like all young people my offspring are busy.
Between kids, jobs, and survival it's hard to
think about the future. Yet fortunately they're
willing to look beyond the here and now. And
while unsure as to whom will get their vote,
at least my daughters both agree on one thing.
NOT Donald Trump. How about your kids?
Never before has it been more important to
engage your offspring in a political dialogue.
Sharing ideas, perspectives, plus a historical
context. Most important, we must encourage
them to engage in a process that at times seems
futile at best. After all, their future is at stake. 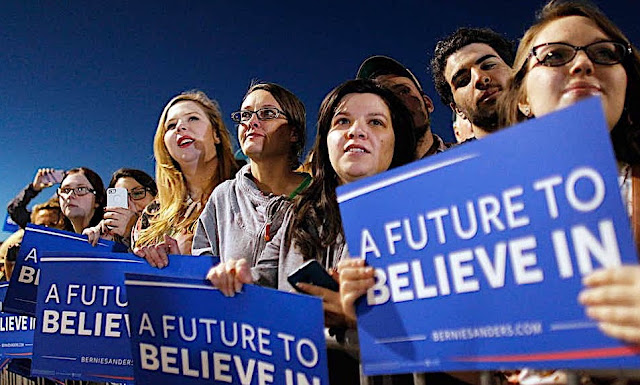 Talk the talk
In hindsight 2016 was about apathy. Whereas
2018 was all about engagement. As we shift
to 2020 it must be about victory. Elders must
nurture just that. So do us a favor, whenever
you have a chance, talk down. That is as in age.
Rather that stick to what you know, explore the
unknown. Interacting with those younger than
yourself will teach you BOTH something new.
It's time that we old folks set an example. One
that reinforces the importance of participating
in our democracy. Enabling a new generation
of voters to understand what "we the people"
is all about. Freedom and equality for ALL!
Posted by montanaroue at 4:00 AM