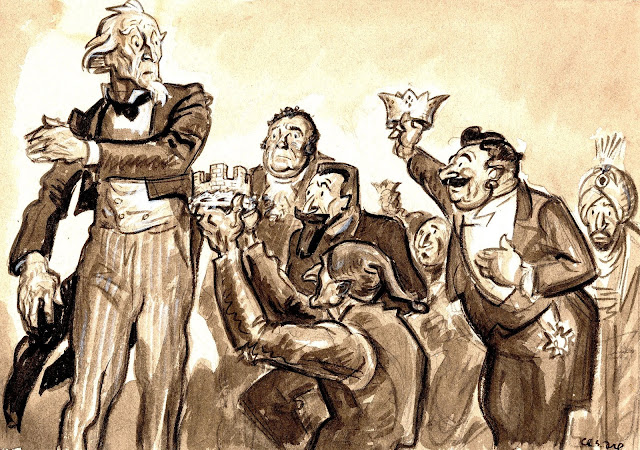 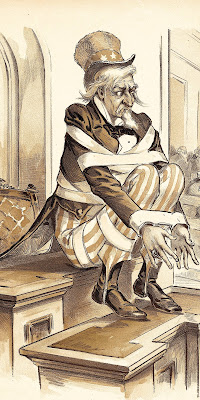 Captive audience
Wherever one goes there is inevitably some one
in the room. One who assumes they know better
than others. Leveraging bravado and brute force
in order to get their way. Confronted with such
shameless self interest most shy away from any
confrontation. Hoping against hope that this too
shall pass. Waiting for anybody but us to step in
and make things right. Such passive aggression
rarely yields positive results. Allowing instead
the biggest bully to usurp all other's rights. Thus
said self imposed victimization leads to only one
conclusion. We have nobody to blame for this
mess we're in but ourselves - "we the people". 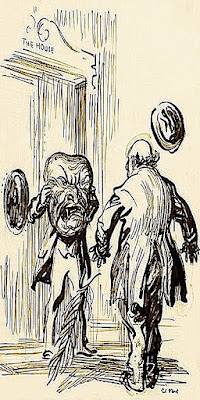 House arrest
The pomp, circumstance, and puffery currently
in session within our capitol is but one example
of such foolishness. Such a diatribe makes it
almost impossible to discern right from wrong.
Rather whomever bends the truth the longest or
loudest seems to win. Confirming that in the end
the only losers are innocent bystanders. Those
who only want to believe in the validity of our
democracy. Even when it seems little more than
a sham. It would be all too easy to lose hope. To
assume that those we've empowered to lead us
are feckless lemmings at best. Consumed with
their self interests - not ours. Imagine that...

Truth and consequences
If I've learned anything it's that many of us are
only able to see the light in the darkest of times.
Therefore my hope is that some one, somehow,
some can pierce our current haze of deception.
To step forward and show us the way. History
shows us that often the humblest amongst us do
just that. Therefore I've no idea who she or he
will be. Yet an optimistic that one among us will
inspire the best in most of us. All that has been
achieved thus far in this impeachment process
is the proof that our leaders are all too human.
And that when faced with evil kist wait and see.
Shame on them. And on we their constituents.
Posted by montanaroue at 4:00 AM