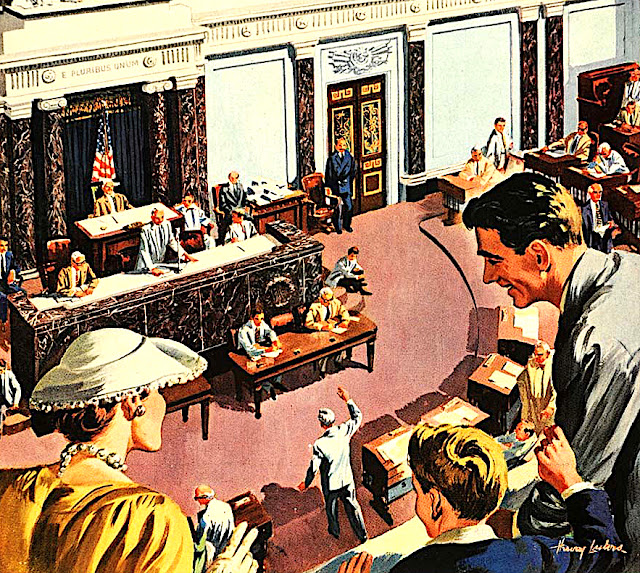 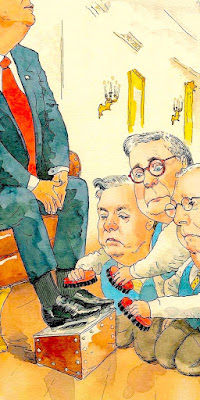 Toxic clean up
Arguments aisde, today the world watches as
impeachment trial of Donald J. Trump begins.
What is certain to ensue will not be an effort to
define fact from fiction. Nor truth versus lies.
Rather it's safe to assume that it will be a battle
over semantics, innuendo, and warped agendas.
Causing me to wonder whether justice will be
served by the end of this seemingly exercise in
futility. Whatever you think about Mr. Trump
and his cohorts one thing is certain. He is more
than guilty of blatant arrogance. And disregard
for the meaning, purpose, and gravity of his
sacred role as President of the United States. 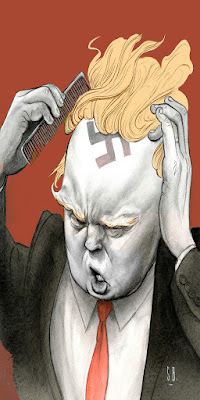 The ultimate comb over
Post months of aggressive obstruction Donald
Trump is faced with a plethora of evidence
that shows he's guilty. Yet that really doesn't
matter. Before we even get to the rancid meat
of said matter we must endure the political
eqivilent of water boarding. One requiring we
meticulously split hairs via a power struggle
where the only losers are we... the people.
Both sides doing whatever it takes to prove
their points. While the evidence may indicate
the odds are against Mr. Trump, the Senate
power ratio is NOT in the Democrats favor.
So has all of this been for naught?

Fait accompli
I hope not. Obviously this process has impacted
all of us. Exhausting our patience as some quest
to prove that Mr. Trump is fully innocent or half
the man he should be. Thus as of now one might
conjecture that the trial itself is nothing but an
exercise in futility. However this writer thinks it
is well worth the effort. If for no other reason
that it exposes ALL involved for who they truly
are. Demonstrating that our elected officials opt
to fight each other versus their constituents. All
of which will come back to bite them in their
political assets. America is watching. And soon
we will vote What goes around comes around.
Posted by montanaroue at 4:00 AM