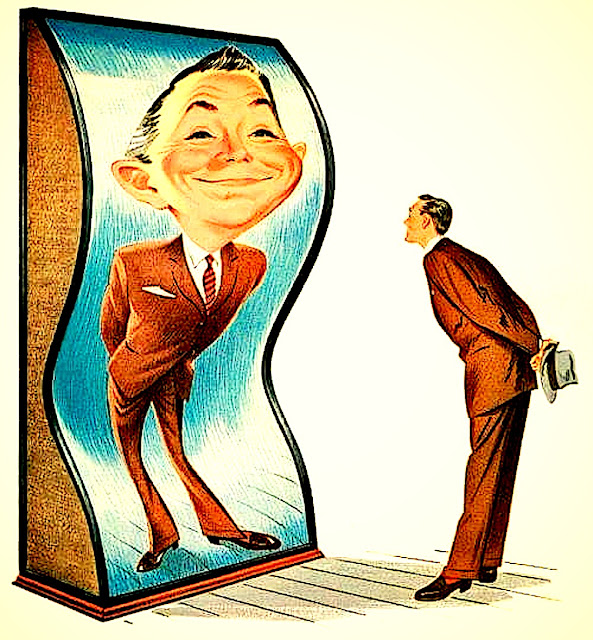 Skewed evaluation
It's rare that any of us are truly happy. Quite
frequently it can seem that one's life has gone
from bad to worse. Leaving each "victim" to
wonder how they ever got in such a spot. It's
easy to blame others. However the only ones
culpable are the individuals themselves. It's
rare that life's trials and tribulations aren't
self inflicted.The answer to who, what, when,
or where lies deep within those now in a funk.
If they're honest with themselves - they'll face
the errors of their ways and learn from their
mistakes. Or if they're like most - will blame
it all on circumstances beyond their control.

Seemed like a good idea
It took me many years before I realized that a
capricious short term whim could yield long
term consequences. Hence many of my many
mistakes were made in the heat of the moment.
Some to arrive nine months later. Little babies,
puppies, and kittens are absolutely charming.
However some soon realize that the odds may
have been against them when those charmers
grow up to be criminals, rabid beasts, or alley
cats. The challenge is looking before you leap.
And to enter any commitment with the full
knowledge of all that it involves. Plus embrace
the fact that we're responsible for our destiny.

Force to be reckoned with
It's easy to blame anybody but oneself. And
yet there is little benefit in denying our worse -
rejecting one's mistakes. Like it or not, we go
where we shouldn't. It's been said that haste
makes waste. Often in our effort to find joy
we take leave of our senses. Sex, passion,
and lust are temporary at best. A friend once
told her groom on the altar -  "It took five
minutes to marry me. Now it will take five
years and fifty percent of your assets to get
rid of me." While there may be a "morning
after" pill, waking up on the wrong side of
the bed still can get you in BIG trouble. 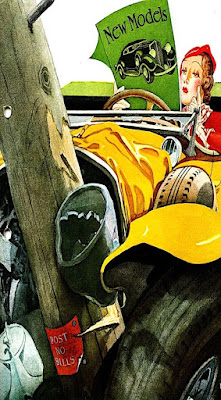 No fault insurance
Some never learn their lesson. They blithely
bumble through life while leaving a path of
wreckage behind. And all along blaming
the rest of us for their hard knocks. These
kind of folks are more than lost. They are
incapable of ever hitting their sweet spot as
they simply can't get their bearings. Self-
imposed drama and it's related crisis may
be entertaining but ultimately it's the sort
of smoke and mirrors that only ends up in
a veil of tears. Better to act like an adult,
accept reality, bear full responsibility and
move on to a better place while you can! 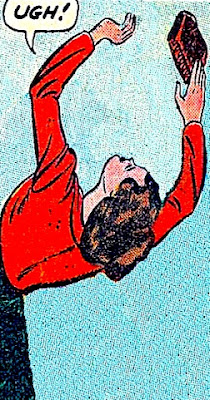 If at first you don't succeed...
Fortunately the majority of us get a second,
third, for five hundredth chance to right our
wrongs. Faced with a disaster, the bravest
of save whoever they can. Then regroup and
attempt to build a better world from the ashes.
While I certainly hope things never get that
bad - part of me thinks that we the people of
these United States needed a major bitch slap
in order to set things straight. Hmm... could
our President be nothing else but a constant
reminder that mistakes happen. And that the
only way to right our wrongs is to work as
one, move forward, and finally WIN!
Posted by montanaroue at 4:00 AM