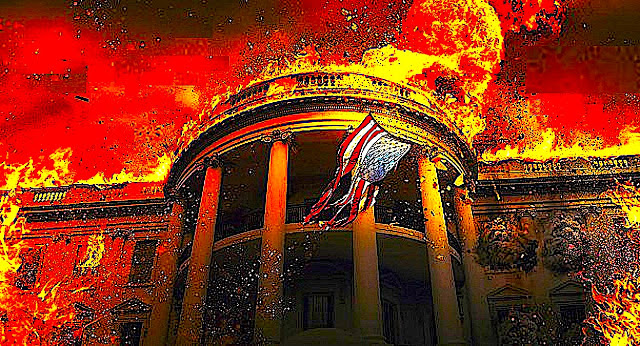 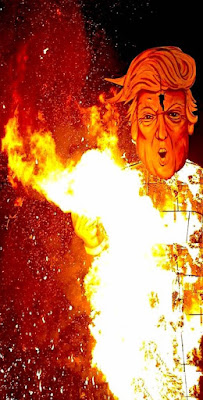 False alarm
You might assume that I'm consumed with
the mania related to the recent publication
and release of Mr, Wolfe's Trump expose -
"Fire And Fury." However I haven't rushed
out to purchase my copy. In part because I
don't relish the idea of braving Manhattan's
deep freeze to walk almost a mile down Fifth
to the nearest Barnes and Noble. However
my primary lack of motivation for not doing
so was that my inner voice kept repeating -
"I told you so." You see, I'm not the slightest
surprised at said tome's revelations. I already
knew President Trump was a total burnout! 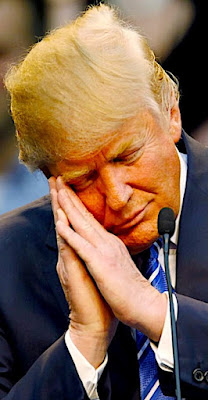 Mr. Sandman
In particular, I'm not shocked by the news that
Donald Trump doesn't read. Nor do I find the
fact that Don's eyes glaze over during a data
dump particularly illuminating. That's because
I spent much of my career dealing with macho
men in top positions. The majority of whom
achieved said stature via decades of experience
within a specific business arena. Giving them
the privilege and ability to leverage their prior
knowledge and experience when making "gut"
decisions. The sad fact is most moguls assume
they already know it all. Which in and of itself
could be the reason why many businesses fail. 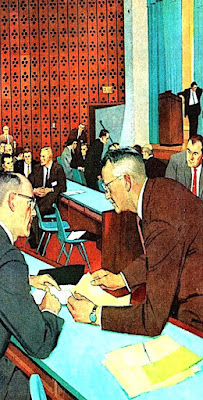 Dumb and dumber
As I've said prior - the formula for failure
is ignorance and arrogance. All too often
I've welcomed new regimes into existing
organizations. The biggest mistake those
newcomers made was assuming anything.
That's because even within similar business
arenas - every brand or company differs
dramatically. Yet time and time again the
honchos questioned the facts. Only to be
proven wrong years later when attempts to
ignore reality led them to complete disaster.
However even worse were the leaders who
refused to be exposed to historical context. 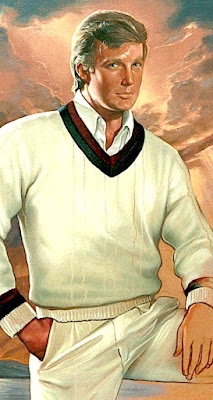 Old sport
While some claim Donald Trump is dumb
he's anything but that. However his pride,
arrogance, and myopic perspective seem
to be a problem. Back on the twenty sixth
floor of Trump tower he could make snap
decisions. In part because it was his money,
his company, his reputation, and his future.
NOT ours. However what might seem to
be snap decisions were in fact rooted in a
long history in the real estate business. And
the ever increasing savvy of a reality TV
publicity hound. Therefore Mr. Trump had
every right to rest on his golden laurels.

Babe with arms
The problem is that there is a big difference
between being a business leader in a specific
category and leading the free world. Which
is exactly why Mr. Trump is struggling in his
role as President of these not so United States.
Based on his lack of experience he's a novice
at best. And while the concept of a newcomer
shaking up Washington seemed appealing in
theory - in reality it's an exercise in futility. All
because the gentleman has NO clue as to what
he's doing. And as recent tales from the crypt
indicate - said old dog is unwilling to learn new
tricks. And bites the hand that feeds him... 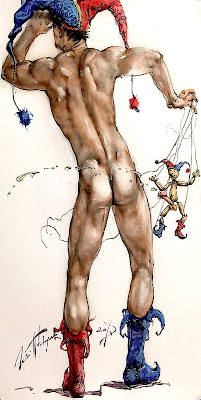 Send in the clowns
What am I trying to say? There are thousands -
if not millions of Donald Trumps worldwide.
All successful in their own rights. So much so
that success has gone to their heads. Within
the realm of business they've been able to do
whatever they wanted or could get away with.
Thus in their minds - any rule can and should
be broken to their advantage. Therefore from
their perspective they can do no wrong. So
why should we be surprised that Mr. Trump
has continued to behave in the manner he is
accustomed to? The question is when will his
sins finally find him out?! Back at you Don! 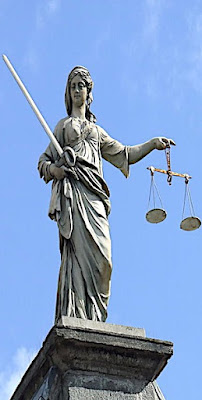 Blind date
Based on prior experience - I've NO doubt
Mr. Trump and his co-horts broke the rules
of political convention. That is how they got
where they are today. However there is a big
difference between what is acceptable within
the board room versus Oval Office. The U.S.
Constitution and a plethora of laws clearly
define the rules and context within which a
President and his administration must play by.
Just because nobody ever held you accountable
prior doesn't guarantee redemption. Karma is
a bitch. So Donald, may I please introduce you
to Lady Justice. She already knows you well...
Posted by montanaroue at 4:00 AM