THE MEASURE OF A MAN? 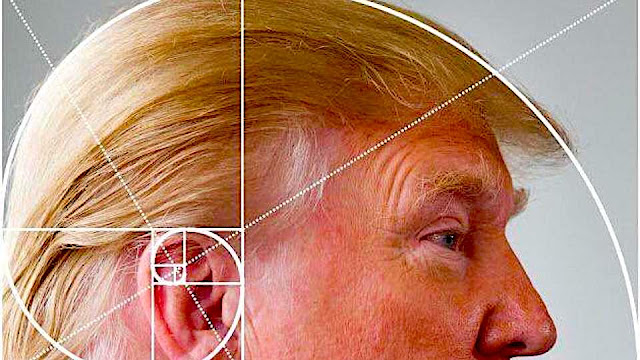 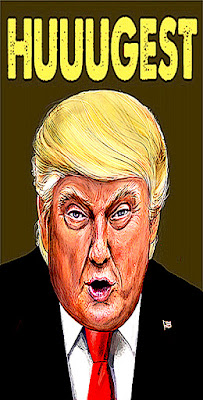 So... big?
Boys will be boys. Especially when it comes
to measuring their performance. HUGE by
definition is a measurement subject to opinion.
What constitutes "enormous" or "extremely
large" lies in the eyes of the beholder. Hence
most young men consider their manly digits
beyond substantial. That is until they hit the
gym shower and see whatever they're missing.
Therefore bigger isn't necessarily better even
if some gentlemen feel that they must over
compensate for their obvious limitations. In
the end few deliver on what they promise.
Leaving us with the short end of their schtick. 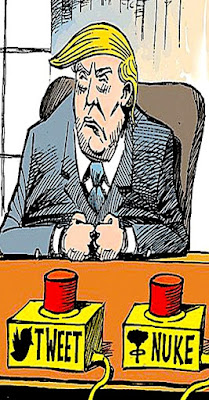 Size matters?
One may consider the recent repartee between
President Trump and Kim Jong Un on the size
and proximity of their buttons somewhat funny.
However given two megalomaniacs are arguing
about their ability to bomb each other (and us),
shouldn't we be worried? The last I checked,
neither was particularly adept at self-control.
Leaving me to worry as to where, when, and
how they might decide to blow their wads.
If or when a sizable portion of our world ends
up in ashes, I doubt that we'll be measuring
the square feet of a bomb crater. Instead we'll
be counting the bodies and plotting revenge.

Math whiz?
What makes this all seem so odd is that almost
a year ago I was writing about exactly the same
subject. However I wasn't talking about the risk
of nuclear extinction. Rather I was commenting
on President Trump's inability to count properly.
From the start of his presidency he's struggled
with factually recounting statistics. Displaying
his frustration over those who challenged his
recantation of "alternative facts" related to the
size of his inaugural audience. A year later the
measure of said man continues to be more than
questionable at best. Or as some would have us
believe is just a hands off statistical shortfall.

Numerology?
It simply doesn't add up. Either the rest of we
Americans can't count or somebody seems to
have an issue with balancing fact versus fiction.
Meaning that when it comes to issues like the
impending Republican tax cuts - few are ready
(willing, or able) to come up with exactly the
same number. Hence few if any Americans can
make educated decisions given nobody has the
answers. Which should not come as a surprise
given after eleven months as subterfuge is still
this administration's modus operandi. As far as
they're concerned - less is more. In that the less
we know, the more they can do as they choose. 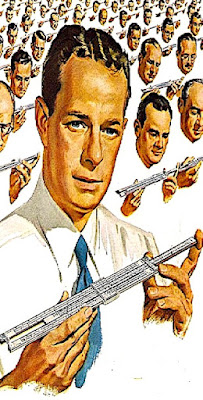 Ruler of it all?
Honestly, I try to keep up. But rarely can I
get to the root of all of this evil. Which has
me more than worried. As President Trump
and his cronies spout statistical landmines
an army of lackeys are changing the rules.
Eliminating services and benefits, naming
judges, destroying our environment as they
reshape our future behind our backs. Thus
I question the true purpose of all of this back
and forth. Are subterfuge and diversion the
keys to hiding President Trump's efforts to
alter democracy as we know it? is the sum
total of Mr. Trump's mania just an evil plot? 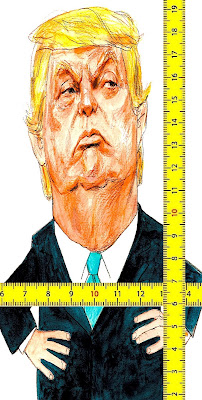 Wrong number?
What is the measure of a true leader? The
ability to take us to a better place. Isn't it
time we hold our elected representatives
accountable for their divisive ways and
means? Their responsibility is to balance
the budget now - not defer the inevitable.
Fish stories and pipe dreams rarely add
up. So why are the "fiscal conservatives"
who voted for Trump allowing him to cook
the books in his favor? Seems like the only
one whose crooked is the guy who claims
the rest of us are wrong. Sorry Don, but
it's time to realize we've got your number!
Posted by montanaroue at 4:00 AM