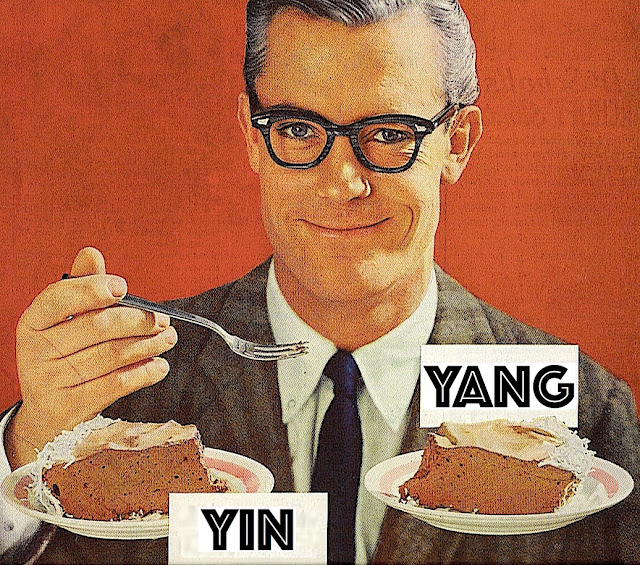 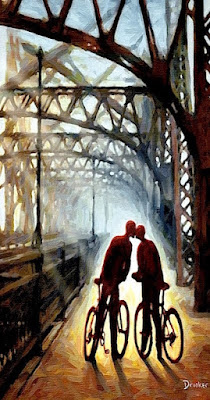 Half & Half
If you're like me then you're a quivering
mass of extremes. All of which are kept
in balance by whoever is patient enough
to share their lives with you. Inevitably
yin and yang are diametrically opposed.
Most of us attempt to somehow balance
our individual dichotomies. Some might
consider frequent flip flops indecisive.
Yet swinging both ways enables one to
enjoy the best of both worlds. Which is
why it's a mistake of label others based
on face value. When in reality, it might
be wise for us all to turn the other cheek. 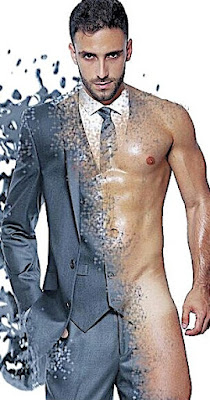 Conservative versus liberal
It's fairly obvious that I am rather liberal in
my outlook on life. However I would argue
that said slant is based upon a conservative
perspective. As an American - I take our
founding fathers at their words - literally.
Meaning that I believe in FREEDOM and
JUSTICE for ALL. While equality is the
foundation of our democracy - some of us
would have others believe that insuring all
are treated equal is some leftist plot. Thus
my thinking is both a mix of red and blue.
And that makes my politics a lovely shade
of purple. If only we were all lavenders! 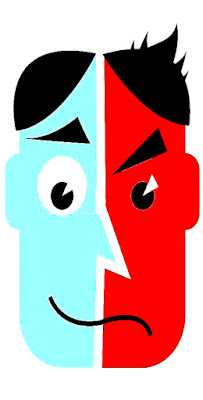 Runs hot and cold
As you may recall, Frank's nickname for me
is "two temp." In other words my individual
climactic control is anything but temperate.
Depending on whatever I'm either boiling or
freezing. Which inevitably requires adding
or removing multiple garment layers. Hence
when it comes to our home - I also tend to
run in extremes. During the winter we keep
the thermostat at the mid seventies. Whereas
when we lived in Dallas the air-conditioning
was set at sixty five and we wore sweaters.
Which confirms that I'm only comfortable
when I'm in full control of my environment! 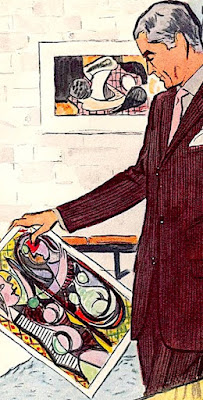 A cut above
If anything I am a man of strong opinions.
One of my strongest suits has always been
what some define as a taste level. Deep in
my gut I can instantly discern what is right
or wrong aesthetically. Given this skill -
most of my career was spent saying yes
and no. Or to be honest, picking the best
of the litter. Within said selective realm
there is no room for mediocrity. Especially
when it comes to interior decorating. So
while that golden oak sideboard from great
granny has sentimental value - it's NOT
going into the room but on to storage. 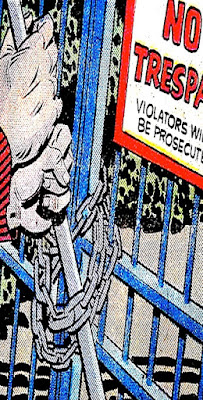 Yours, mine, yours
We all must play by a certain set of rules.
Thus most do our best to behave properly
within the broader context of the world at
large. However the older one gets - all the
easier it becomes to separate wheat from
chaff. You see, there are some people who
are simply not worth one's time. Whether
said souls are beyond redemption or simply
intolerable doesn't matter. There is nothing
to be gained by helping those who are sadly
beyond help. So mind your own business.
Only get involved when your efforts are
sure to make a bad situation better. Focus! 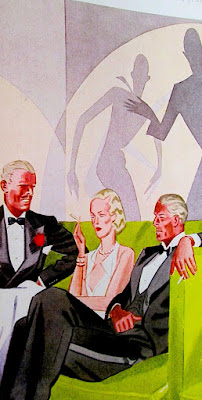 Boys & Girls Club
Given I'm naturally attracted to those of the
male persuasion one may assume that I don't
like the ladies. Nothing could be more wrong
given my nearest and dearest friends are girls.
For many reasons I tend to consider females
the more attractive of the sexes. That is at
least when it comes to building long lasting
relationships. Whereas beyond Frank - my
one and only - I have few other boy friends.
In part that may be due to sexuality. Given
recent controversy, many men struggle with
separating co-workers from fuck buddies.
So why temp fate? Let's hear it for the girls!

When push comes to shove
In theory I have a very long fuse. However
as with many things in life there is a limit
to my patience. There are many things that
I simply cannot abide. One is purposeful
cruelty. The type of nastiness that serves no
true purpose other than to hurt. Next comes
intentional deceit. I consider any attempt to
alter the facts, gild the lily, or dishonestly
shift things in another's favor intolerable.
Finally I detest prejudice as it's purpose is
to limit another's equal rights. Anyone who
behaves as such pushes me to a point of to
return. Once there - you're over and out! 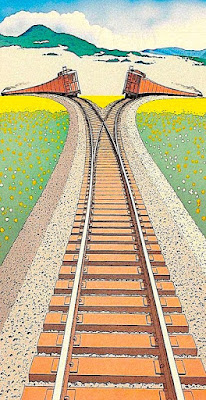 Off track vetting
Each of us is an amalgam of extremes. We
all make mistakes and fortunately some of
us actually learn from them. While life is
never easy, every high and low fuels our
future steps. However in order to get from
here to there one must start from ground
zero. Next we have a choice as to where
we go from there. Along the way there are
detours. Or it could get bumpy. One might
even have an accident. Yet in the end we
ultimately reach our final destination. The
key to happiness is balancing our past,
present, and future. Better late than never!
Posted by montanaroue at 4:00 AM