One hundred years ago... 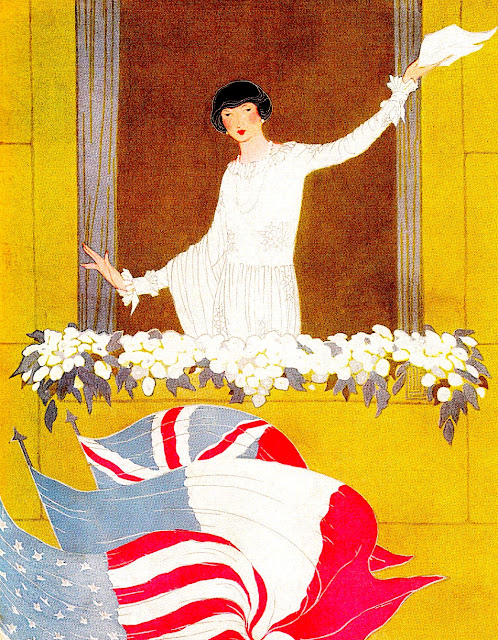 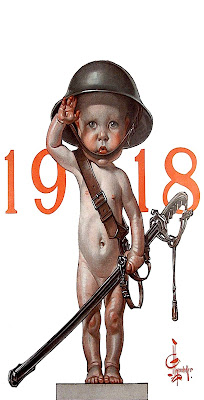 Deja vu
At this point we're almost one year into the
Trump presidency. While there have been a
few surprises one wonders why any of us
are shocked by what has transpired. Given
what goes around inevitably comes around,
much of President Trump's fanfare, foibles,
and failures are repeat performances. Thus
one might wonder what some of us have
been so worried about. The truth be told it's
been much worse than this. Therefore even
if one hopes mankind has learned it's lesson,
historical precedence indicates we're still in
the midst of an evolutionary process... 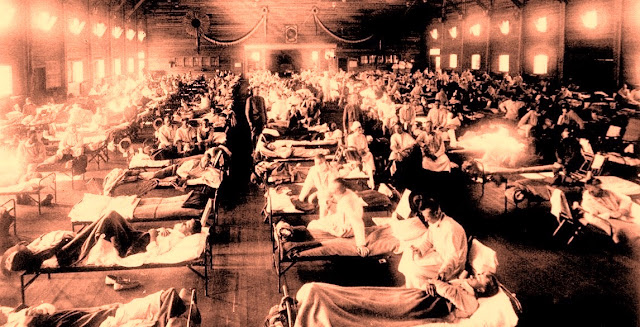 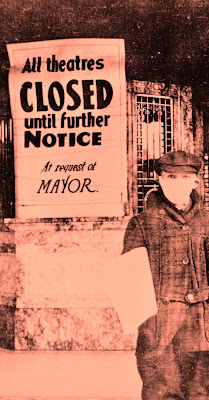 January 25th, 1918
Spanish Influenza was first observed in Haskell
County Kansas. The aggressive virus spread
across the world and by August had become a
pandemic. One week alone in October it killed
over twenty one thousand. As World War One
raged on, soldiers on both sides succumbed to
it's horror. Soon losses due to the flu surpassed
combat casualties - challenging the weakened
German army. By the end of the year "Spanish
Flu" had killed one hundred million worldwide.
And then just as quickly as it had started, all of
a sudden infections stopped. Even more oddly,
said strain has never appeared again. Scary!! 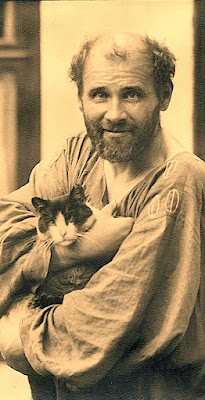 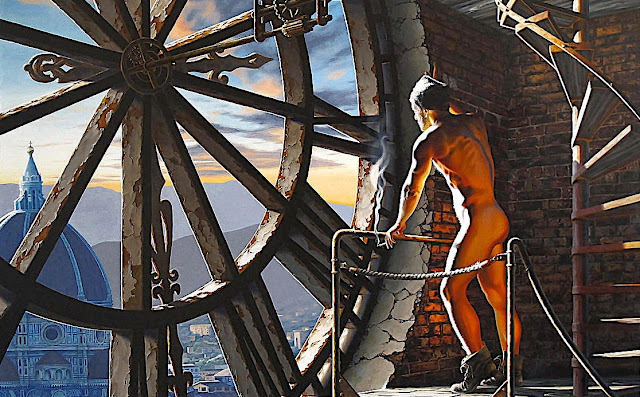 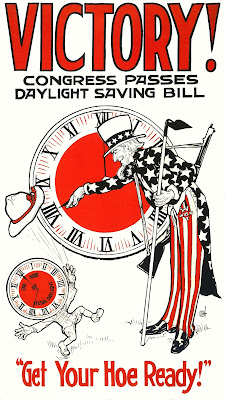 March 19th, 1918
The idea of living in the light has challenged
mankind since the dawn of time. Benjamin
Franklin advised "early to bed, early to rise."
Experts suggested shifting clocks to counter
nature's natural progression. It wasn't until
World War One that German military leaders
implemented "Daylight Savings Time" as a
way to conserve coal. Soon Britain and it's
allies followed. Finally in 1918 the United
States Congress made it the law of our land.
Post war it fell out of use. Only to be revived
during the Energy Crisis of the 1970s. Now
we the people "fall" or "spring" seasonally. 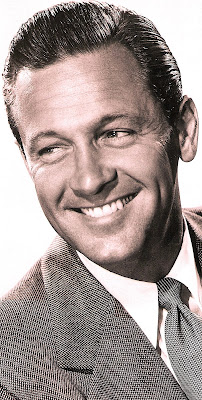 April 17th, 1918
Even in these modern times, occasionally a
miracle happens. In my opinion one of the
ultimate gifts from God was born in April
1918. William "Bill" Holden was definitely
this man's man. From his handsome face to
masculine demeanor to gravely voice, Bill
oozed testosterone. Beyond being a most
glorious specimen, he was also a talented
actor. Hence some of my favorite movies
include him in a starring role. Any of you
can still fall under his spell. Simply watch
"Born Yesterday, "Sabrina", "Picnic", or
"Sunset Boulevard" to watch him smolder. 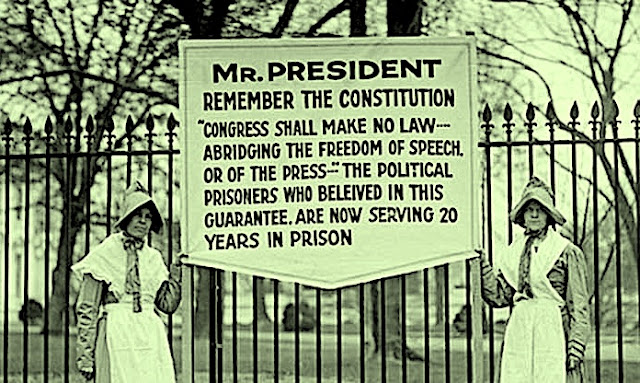 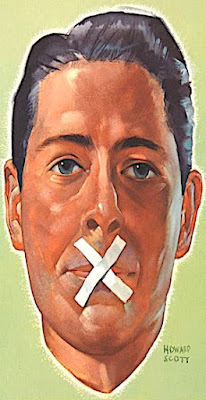 May 16th, 1918
In scary times like these it's important to
remember that we've been there... done
that before. In May of 1918 the United
States Congress voted in the Sedition Act.
Said law prohibited any "disloyal, profane,
scurrilous, or abusive language" that cast
our government, flag, armed forces, or
war effort in a negative light. All foreign
citizens or countries could also be subject
to prosecution for the same. Driven by
reaction to the most horrific wars fought -
it was repealed by 1920. A reminder that
fear can cause our leaders to go astray. 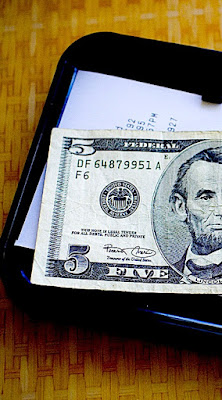 June 22nd, 1918
It's best to not irritate professional wait staff.
As proven by the arrest of over one hundred
Chicago waiters in June of 1918. Post reports
of restaurant patron poisonings it was found
that poor tippers were secretly being given a
"Mickey Finn" in food or drink. Chemical
analysis showed that "emetic tartar" caused
vomiting, headaches, dizziness, depression,
or death in liberal doses. Soon a couple were
arrested for manufacturing the drug along
with two men who sold it to members of the
Waiters Union. So please, take a tip from
history and always tip BIG. Safety first! 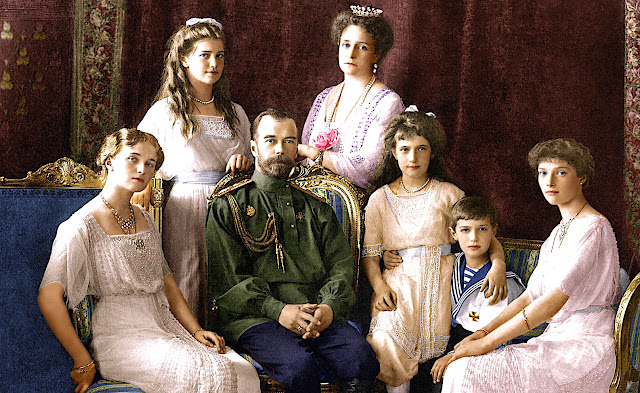 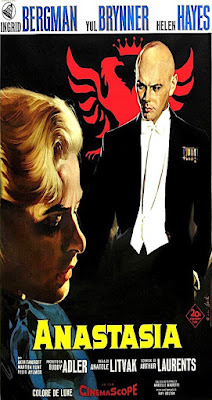 July 17th, 1918
On this day Russian Bolsheviks murdered
the imprisoned former Czar Nicholas and
his entire family. They were herded into a
basement room in a secluded country villa.
Next a group of rebels repeatedly fired at
them. Sadly their oppressors bullets were
deterred by the diamonds and jewels that
were secretly sewn into their clothes. After
their bodies were dragged into the woods,
burned and buried. Only to be subsequently
exhumed, moved, and hidden in secrecy.
To this day many believe some survived.
The question is who... 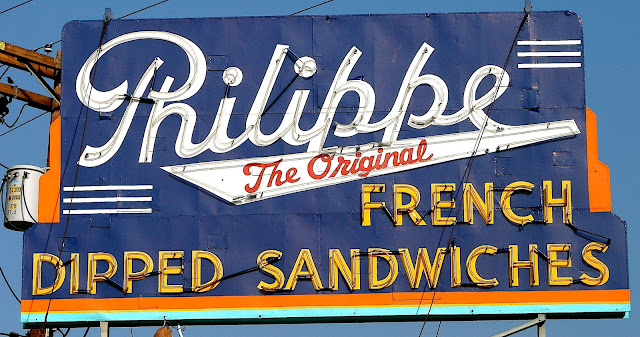 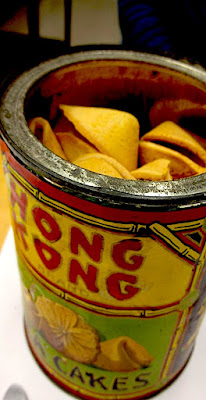 August 4th, 1918
Philippe Mathieu, a Los Angeles chef dropped
his roast beef sandwich into a pan of au jus.
And so was born the "French Dip Sandwich"!
A mound of sliced roast beef set upon a crisp
baguette is dipped into au jus (beef drippings).
Despite it's name, the French Dip sandwich is
as American as apple pie. As also are Fortune
Cookies. Once again invented in Los Angeles.
David Jung wanted to inspire local poor folks
near his shop. So he handed out cookies with
an inspirational message penned by a minister
inside. They say the lord works in mysterious
ways... Is it time to toss your cookies yet?! 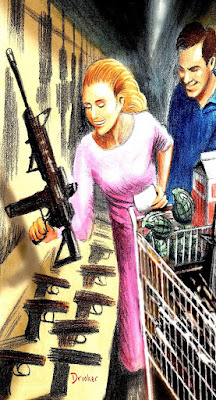 September 26th, 1918
As World War One neared it's end, Germans
launched the Battle of the Argonne Forest.
Lasting forty seven days it was the bloodiest
operation of the "great" war. One million two
hundred Americans fought against forty five
thousand Germans. Ultimately twenty eight
thousand Germans and twenty six thousand
Americans were killed. The total casualties
surpassed one hundred seventeen thousand.
This was also the first time that the Browning
Automatic Rifle was used in battle. Said form
of deadly firearm which can today be bought
by any American at any time. Are we NUTS? 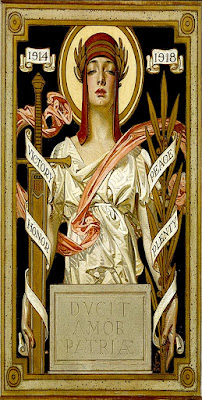 November 11th, 1918
Finally the war to end all wars ended when
an Armistice between allies and Germany
was signed. Fighting on the western front
ended the eleventh hour of the eleventh day.
Subsequently six months of negotiations at
the Paris Peace Conference to concluded
with the Treaty of Versailles. This harsh
document severely punished the Germans -
launching them into a downward spiral of
poverty, defeat, and disruption. Resulting
fears and dissatisfaction of the populace
fueled the rise of an Austrian veteran who
was named Adolf Hitler. Sound familiar? 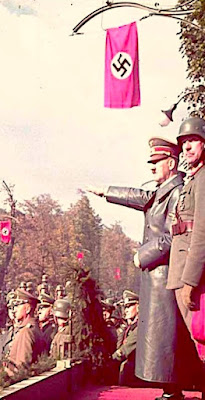 December 4th, 1918
President Woodrow Wilson was the first
sitting President to leave the United States.
Upon arriving in France he played a key
role in the Paris Peace Conference. During
his final two years in office Wilson would
drive formation of the League of Nations -
a precursor to today's United Nations. His
belief was that if the world united, future
wars could be avoided. Less than twenty
years later Germany invaded Poland and
again the world was at war. Which bodes
the question - why is our President now
purposefully attacking the United Nations?
Posted by montanaroue at 4:00 AM