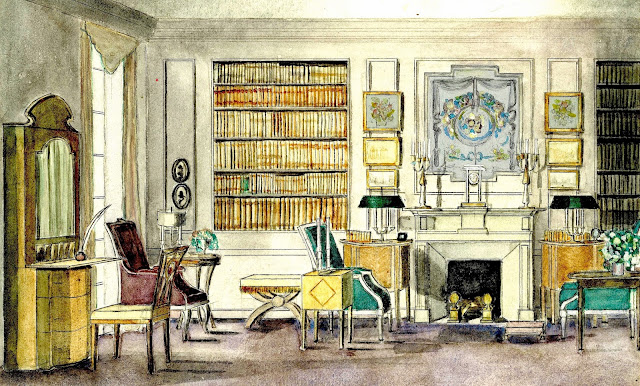 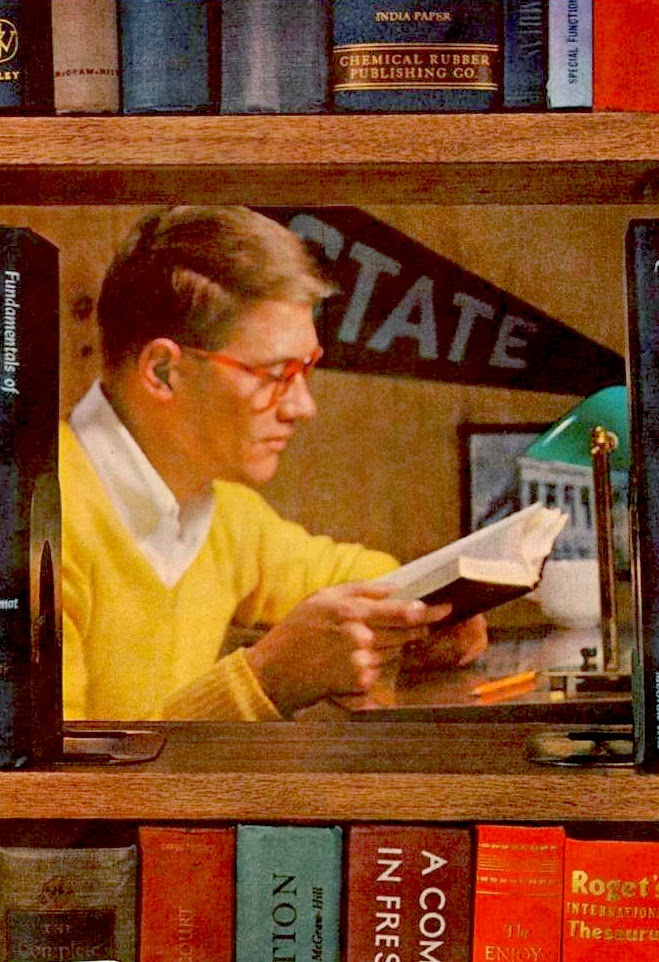 Hidden pursuits
I love reading and always have. As
a tot books were my escape hatch.
Not exactly your normal boy, I was
often the target of other males. One
day I ran into the library to escape
the bullies and... practically lived
there for five years. Not only was it
a refuge from abuse, it my paradise
filled with things to see and learn.
Quickly I got a job as a "page." In
other words I put the books away,
kept things organized, and learned
the Dewey Decimal System. 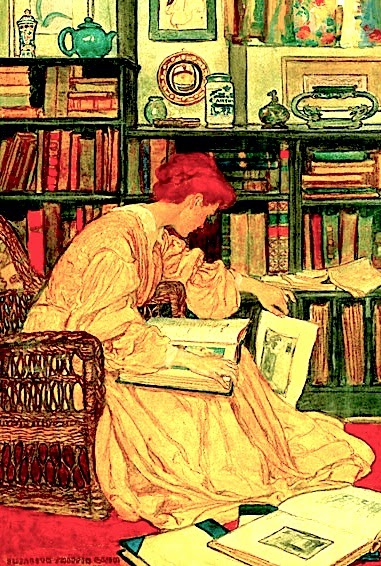 Other people's interests
If one truly loves knowledge, almost
anything is interesting. Because my
job was to put other people's choices
back - I was exposed to a vast array
of subjects I would otherwise never
have considered. Almost daily I set
aside one or two tomes. And slowly
I built a rather diverse knowledge
bank. Some valuable, some vapid,
all fascinating! From then on I was
HOOKED ON BOOKS. They are
my loyal companions, trusted allies,
and divine inspiration. 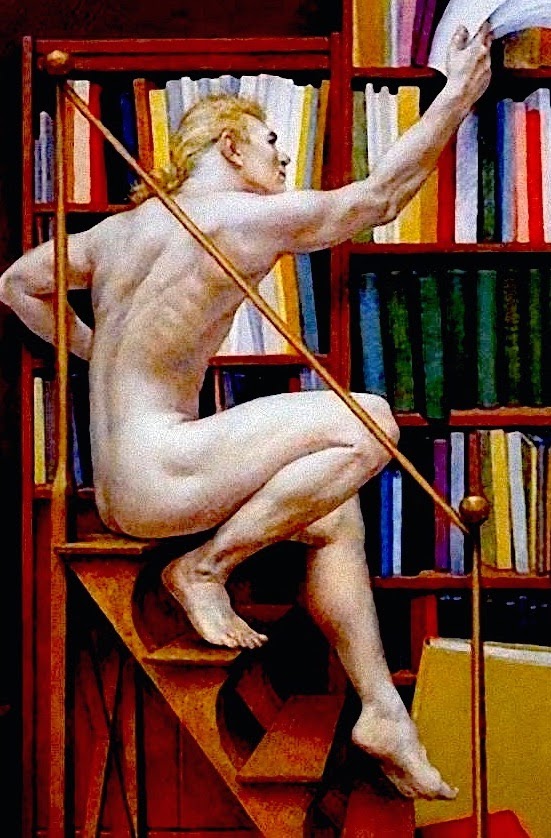 Bare essentials
Over the years I've often had to carry
a rather heavy load. And oddly, most
said burden have been books. Some
have been with me from the start. As
I criss crossed the country, they came
along for the ride. After separating,
among the few things I took from the
house were my treasured tomes. Just
knowing my favorites were within
reach was comforting. While I may
occasionally purge, most of my new
chapters are added to the pile. Hence
their need for a room of their own. 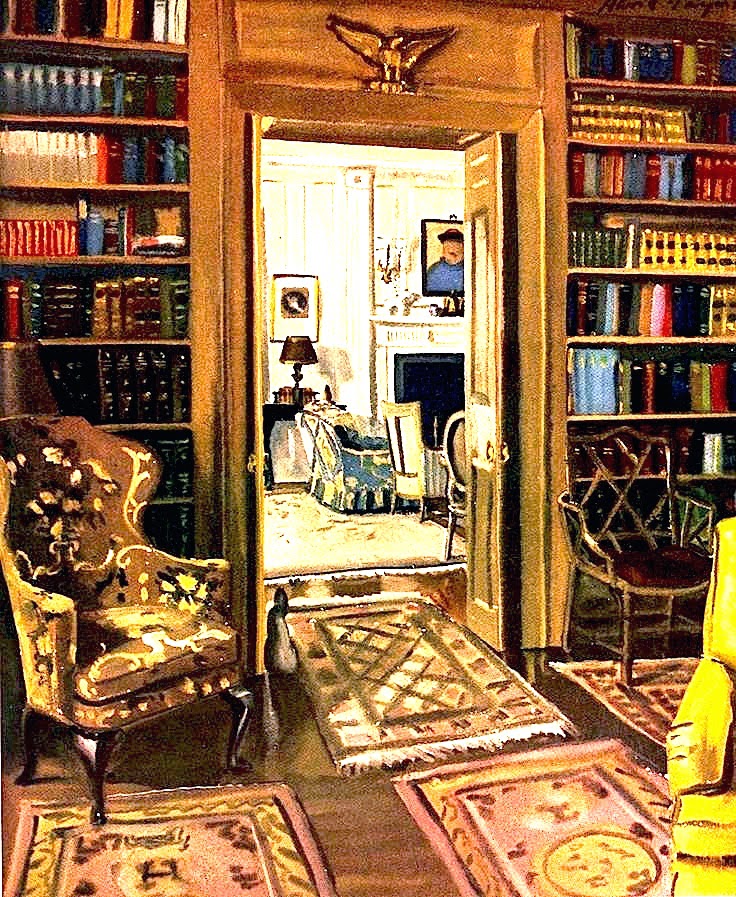 La bibliotheque
Who doesn't love a library?
"C" had a fabulous PUCE
refuge in her Connecticut
manse. "T" had a paneled
palace in her apartment on
the lake in Chicago. My
children grew up watching
TV in a forties moderne
jewel. Over the years a wall
of books has always held an
important place within my
home. Why wouldn't I give
knowledge top priority? 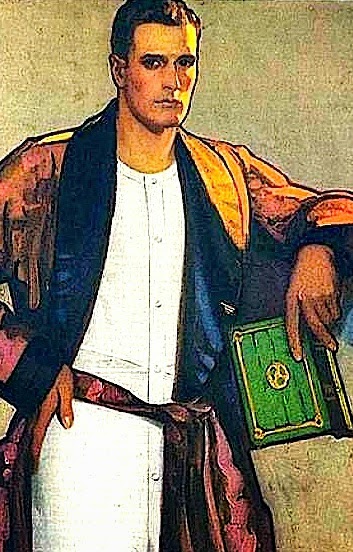 Book 'em Danno
Whatever you do, never hide your thirst
for knowledge under some bushel. Drag
them out. Stack them. Pile then. Display
them. And most important - read them!
After all, knowledge is power. Whatever
interests you really doesn't matter. Being
interested does. Even at this late date one
still has much to learn. So occasionally
returning back to treasured tomes always
provides some sort of new insight. We
filter everything through the moment and
thus our thirst for knowledge changes. Is
it time you brushed up on the classics?
Posted by montanaroue at 4:00 AM