IS IT OVER YET? 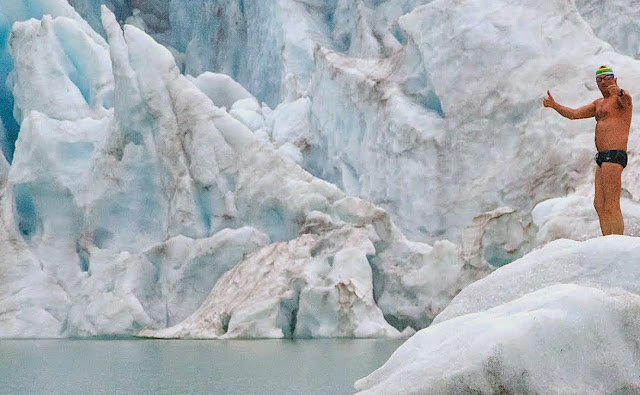 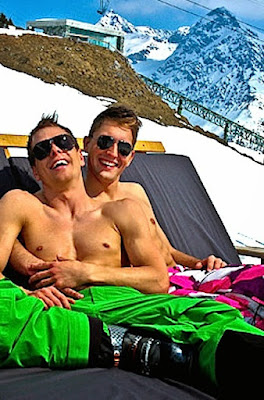 You're getting warmer...
Often one wants to be anyplace but
where we're supposed to be. Last
year was the warmest on record.
Yet the last weeks in in New York
have broken frigid records. Here
in Montana we returned to snow
and single digits. Thus rather than
on it's way out winter seems to be
back with a vengeance! Causing
many flee their homes during the
winter. And while I understand
their need to escape reality - is
it really any better elsewhere?! 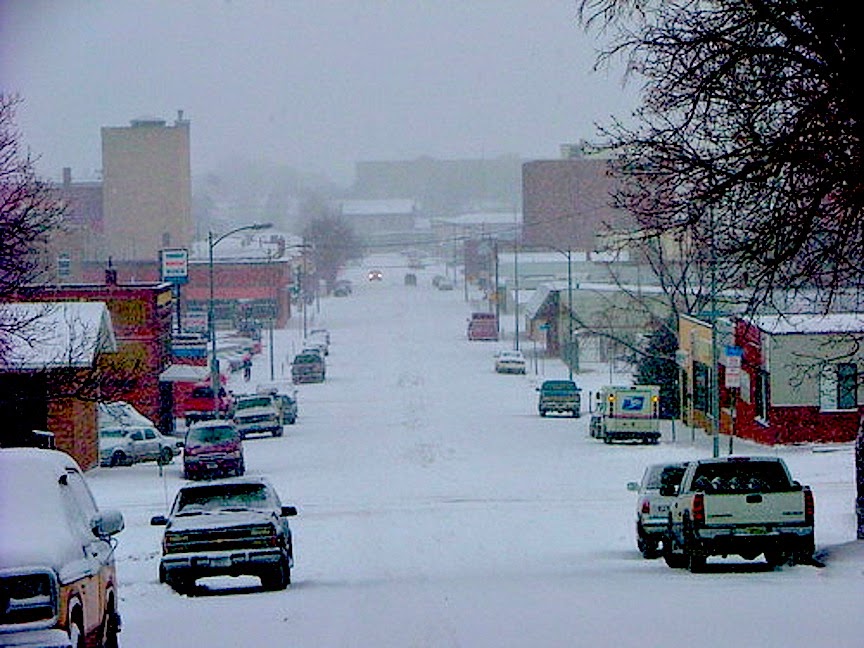 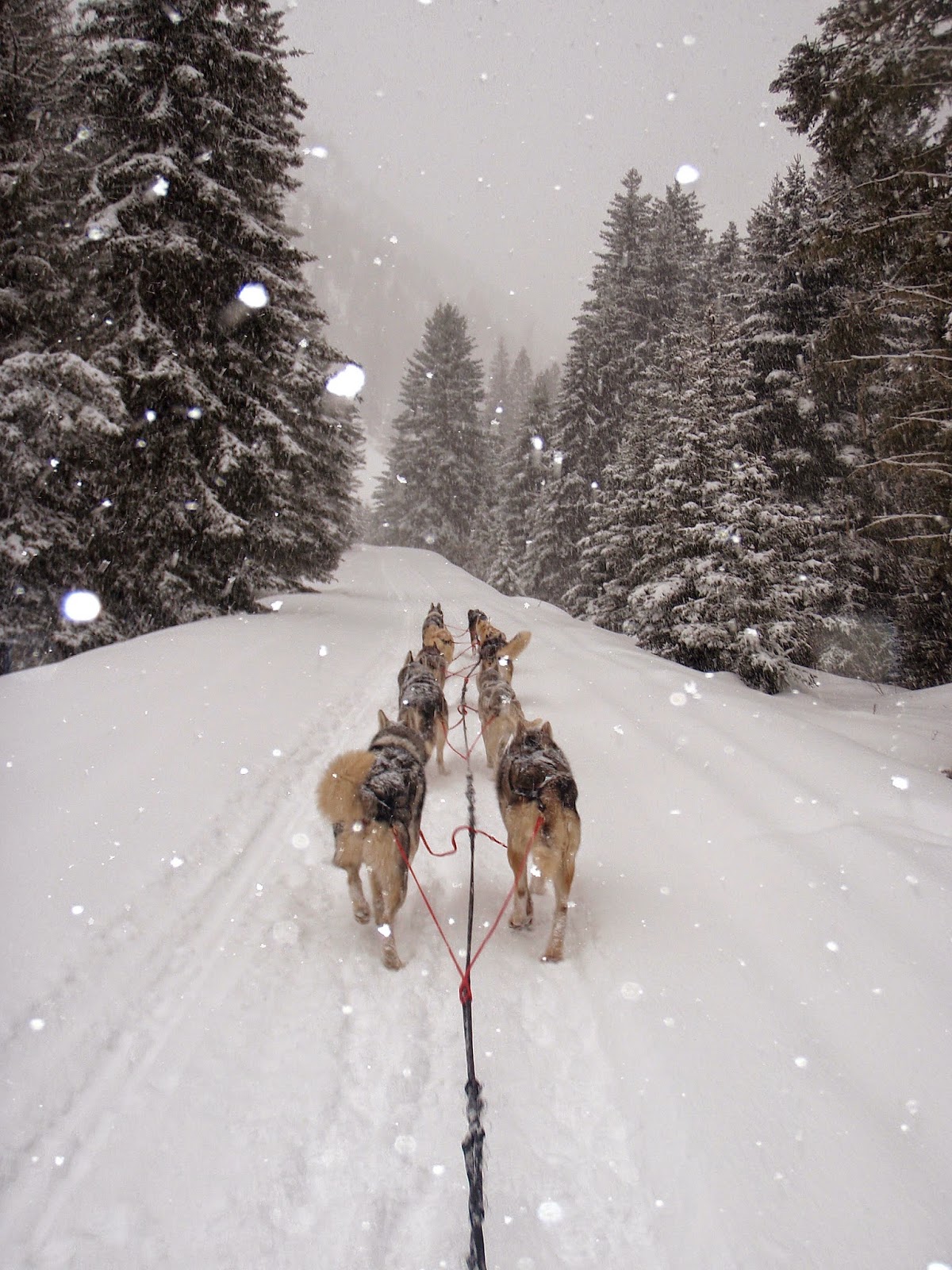 Winter of our discontent
When you daily deal with snow
nothing phases you. We've lived
in Chicago, Minneapolis, and
now Montana. So trust me, we
know all about the white stuff.
However when Mother Nature
dumps a huge amount in a small
amount of time, it's impossible
not to get buried. Manhattan is
even worse given most get from
here to there on foot. Clearing the
way is challenging when there's
no place to get rid of the residue! 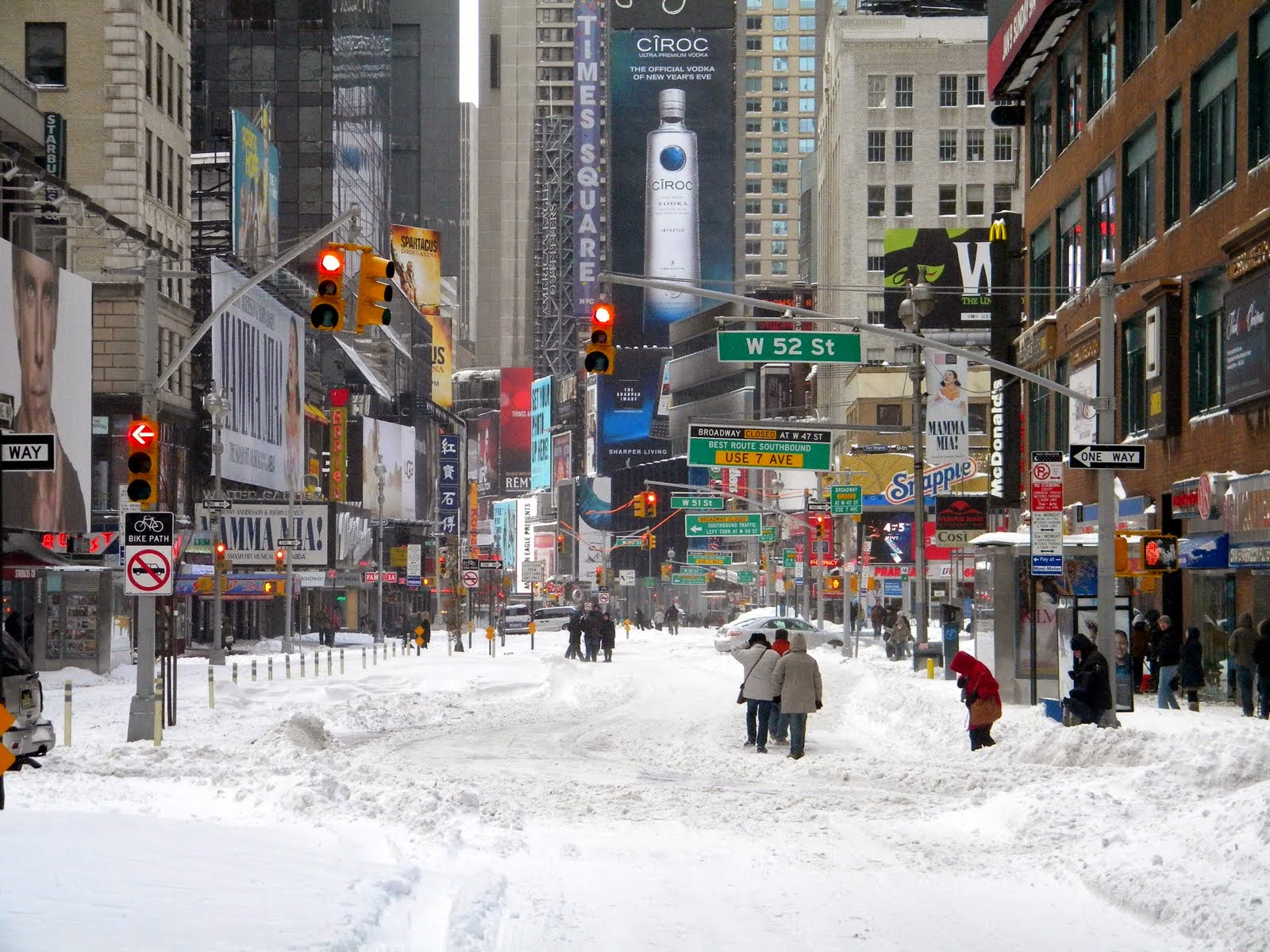 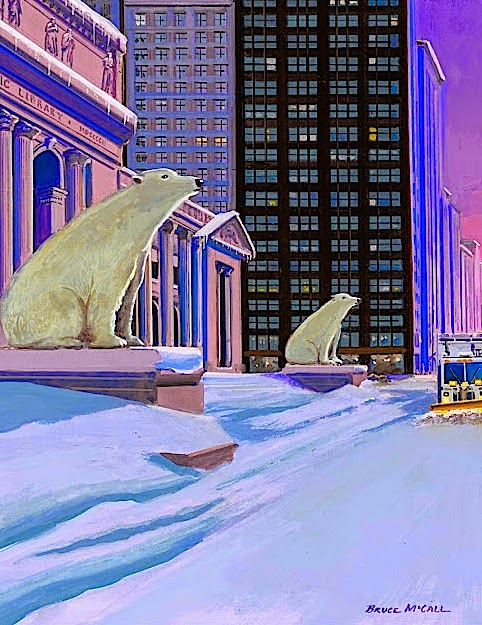 Much ado about nothing
Out here we just keep on driving
(four wheel drive) in a blizzard.
Most locals act like nothing is
happening and continue on their
merry way. Be it pioneer spirit or
an inability to embrace reality,
somehow it works. Whereas on
the East Coast a flurry or two is
forecast and the city shuts down.
That might make sense given
population density but honestly,
isn't stopping the subway silly?
Is it now snowing underground? 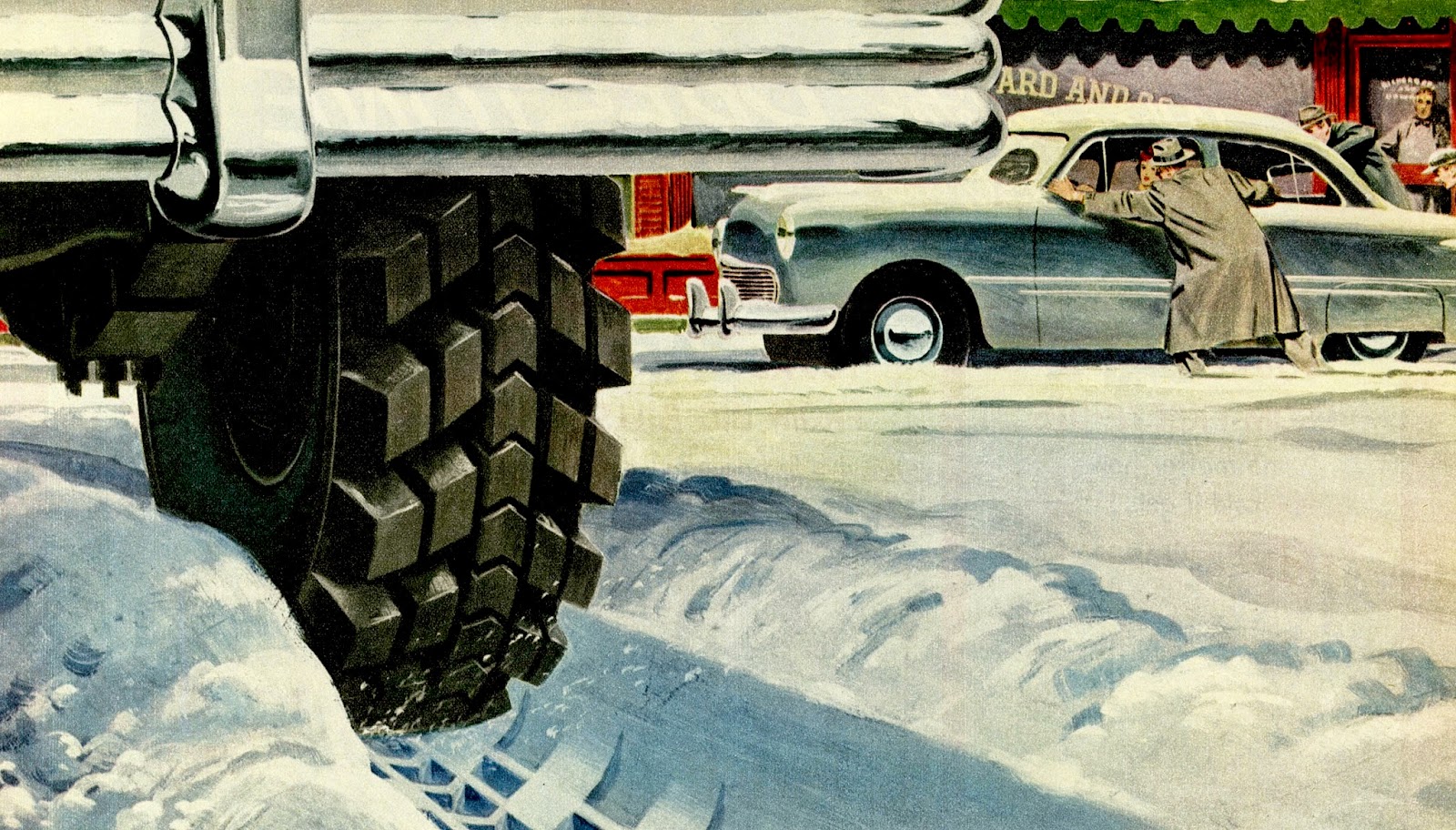 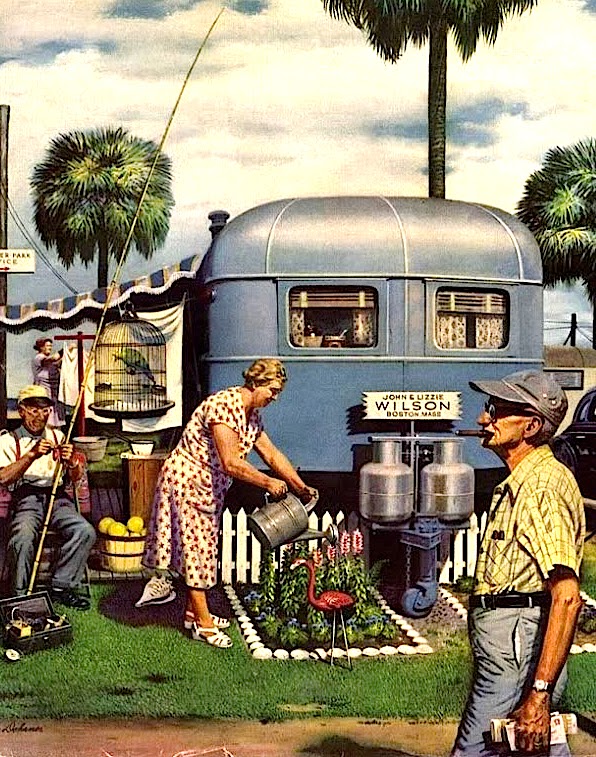 Southern exposure
Many will do anything to avoid
snow. Hence they escape south
to places that hold little appeal
for me. The weather is lovely,
but the sprawl reminds me of
suburbia not nirvana. I am not
ready to sacrifice all that I love
for some senior city in the sun.
If one must escape, there are
plenty of places closer to home.
Thus whenever we feel the need
to escape winter - Frank and I
drive south. To Pray, Montana. 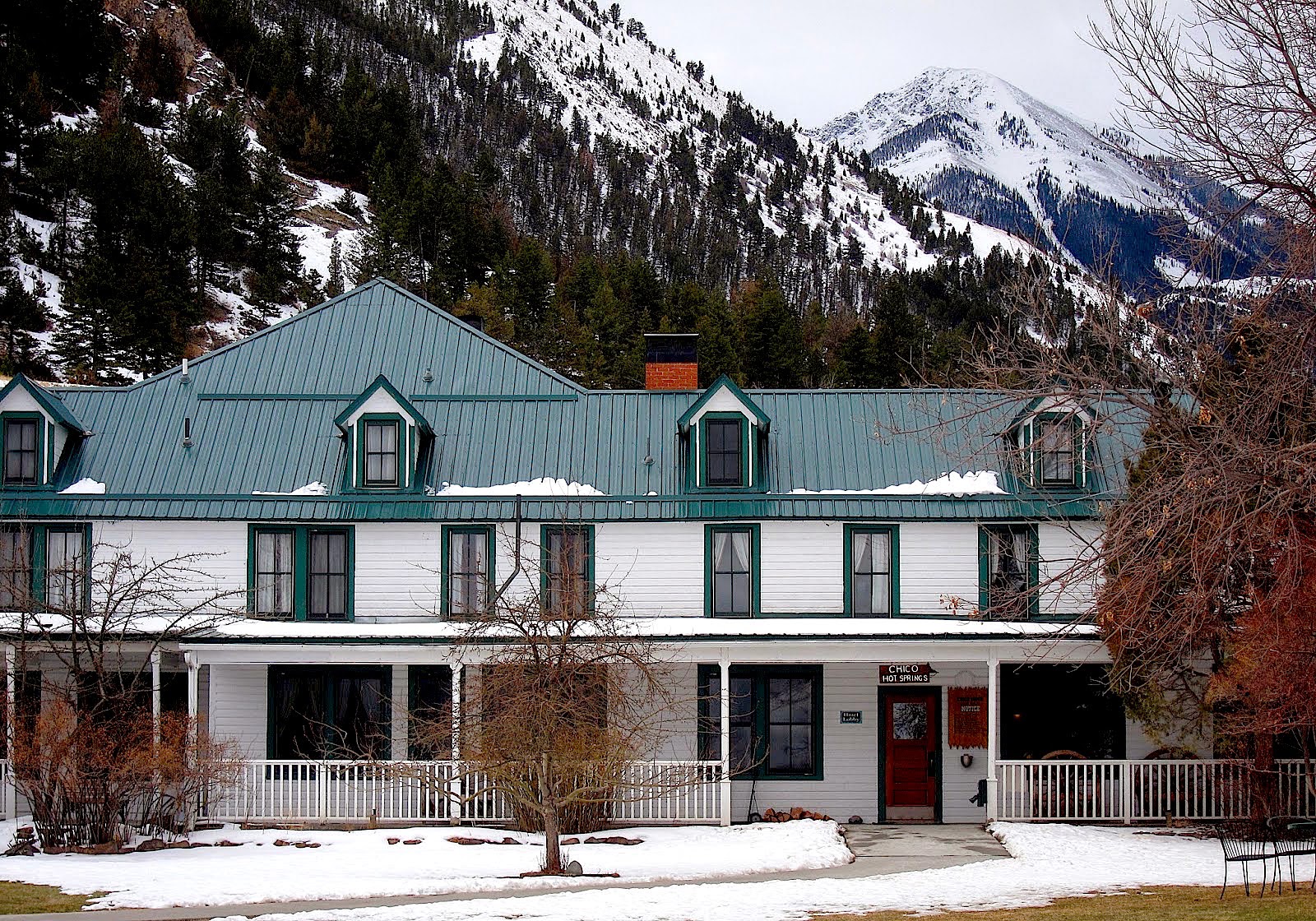 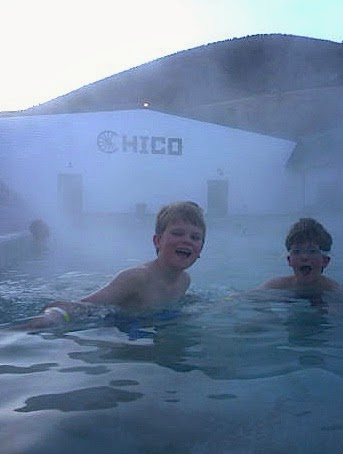 Take the plunge
Since 1900 Chico Hot Springs has
been warming folks up. This off
the grid resort features two pools
warmed naturally to one hundred
and three and ninety six degrees
year round. There's hiking, riding,
dining, and drinking also. While
not The Sanctuary on Camelback
nor the Golden Door in Escondido,
one can even get a massage and
other spa treatments out here in
the middle of no where. Who said
we weren't civilized in Montana? 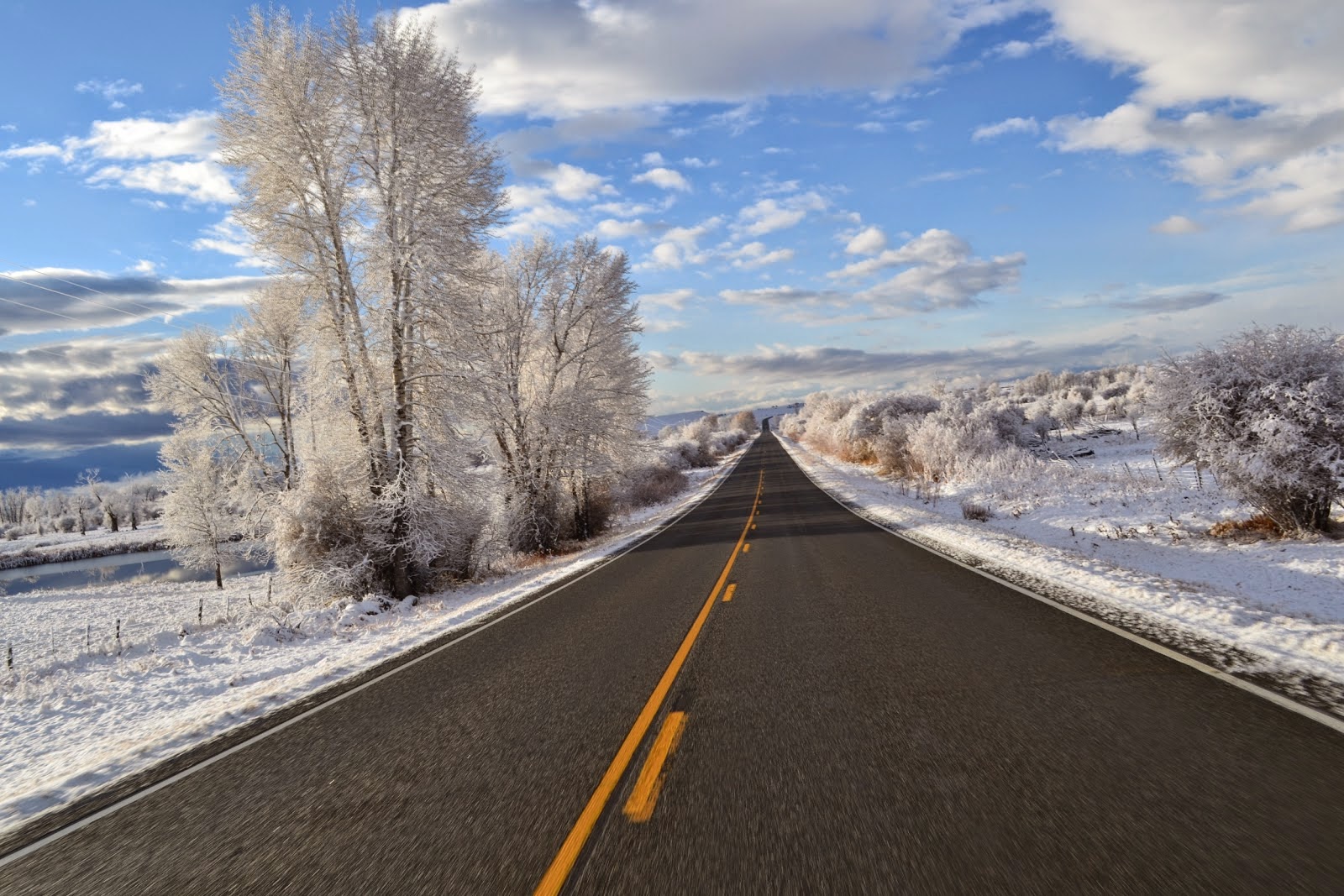 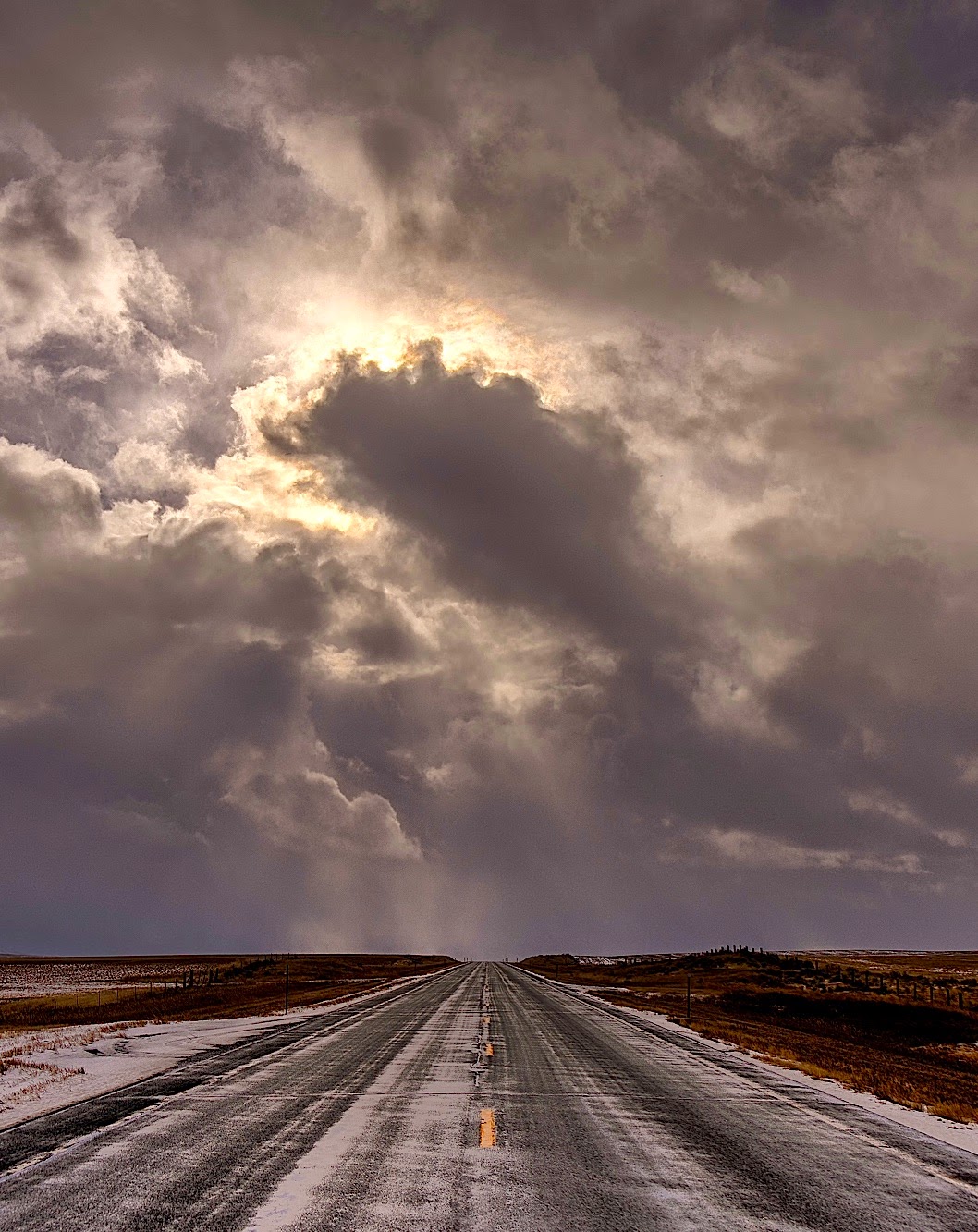 The road less traveled
Hidden across the Treasure State
are treasures just waiting to be
discovered. We may be under
developed with no population.
However we rather like things
sparse. That way the few of us
who are lucky enough to live
here keep it ALL to ourselves.
Whether winter, spring, summer,
or fall - it's always amazing. But
please, don't tell anyone... let's
keep Montana our little secret.
Why not visit Florida instead?
Posted by montanaroue at 4:00 AM