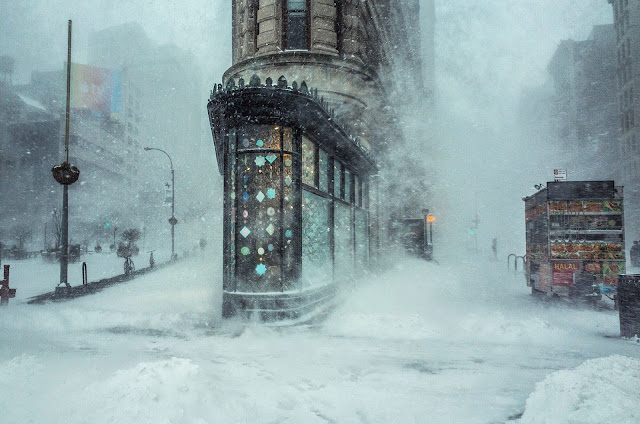 Reality check
Keeping everything in balance is always quite
a challenge. Life's yin and yang tries to create
an even playing field. One that against all odds
the majority of us can navigate successfully.
Yet at times one can't but wonder if God has
an incredibly jaded sense of humor. In that no
matter how one tries to control one's situation -
destiny bitch slaps them back to reality. Which
is exactly what happened upon our return from
our sunny Central American cruise. While we
escaped the bulk of holiday mania while gone,
we returned to what can only be likened to the
frozen tundra. Why did we ever come home?!

Cold enough for you?
I love cold weather. Throughout our relationship
Frank and I have lived in many seemingly arctic
climes. During my eighteen years in Chicago -
simply walking along Lake Michigan in January
could literally knock the wind out of your sails.
While not nearly as cold - winter in Columbus
Ohio was DREARY given the sun rarely shone
for five months straight. Whereas in Minneapolis
it brightened your outlook even when temps hit
double digits below zero outside. Even in Dallas,
the ice could literally kill you. Yet in Montana it's
not as bad as some would have you think given
there's less humidity. It's actually quite lovely. 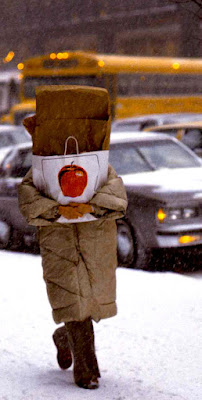 Weather or not
Obviously each of us deal with our winter of
discontent as best we can. However urbanites
are challenged in ways that few others realize.
You see, in New York City we spend most of
our days walking - outside. Thus while you
may assume we're a rather pampered lot - city
folks have no choice but to literally weather
the storm. Manhattanites deal with additional
challenges that are unique to the limitations
of our local environment. Not only do we live
on an island surrounded by water - we spend
our days navigating within manmade canyons
of brick, stone, glass, and steel. BRRRRRR... 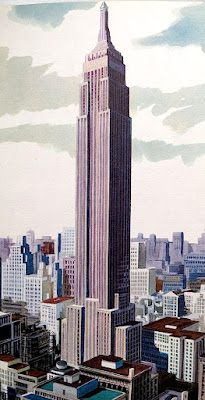 Urban legends
While no longer the tallest - the Empire State
Building stands at 1,454 feet tall. Which runs
a quarter of a mile from the sidewalk to top.
However said colossus is not alone. Here we
have over six thousand structures also known
as skyscrapers. Meaning that within this tiny
island - the average building height runs four
hundred and forty six feet. Or hits thirty eight
stories tall. All which stand in a row to create
an endless series of wind tunnels that run east
to west or north to south within it's thirteen by
two mile borders. And suddenly the term wind
chill takes on epic proportions! WHOOSH! 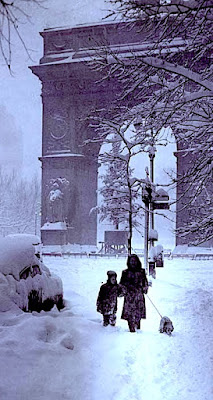 Ups and downs
All of the above means that when it snows -
it hits you from all sides - however the wind
blows. Plus given limited ground space, all
of that white stuff quickly piles up creating
one slushy mess. All of which means that in
order to survive winter in the big city - one
must be prepared to brave the elements. To
put things in context, in order to get from
here to there one must layer it on. Then walk
(waddle) several blocks to the subway. Only
to stand for eons in the urban equal of an ice
cave. And once on board - be subjected to
oven-like temperatures on a mobile hot box. 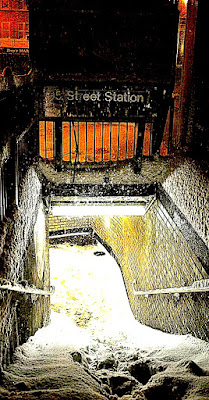 Extreme measures
Inside said urban sauna one either breathes
a sigh of relief or fears suffocation. Post
reaching your destination you forge ahead
afoot to finally get where you're going. Thus
during the winter we city folk are but polar
opposites. Running hot or cold depending
on where and when we are in our journey.
Whereas back in Montana it may be thirty
degrees below zero. However most locals
remotely start their trucks until they reach
toasty temps. Only to leave them running
while they run their errands. Or we hunker
down before a fire and ride out the storm. 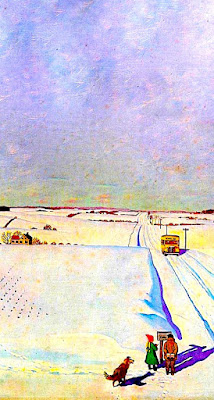 Winter wonderland
No wonder this wayward traveler can't wait
to get back to Lewistown, Montana. If for
no other reason than the pleasure of living
in a Montanan winter wonderland. Back in
the Big Sky state the sun shines endlessly.
Hovering high above a blanket of pristine
white snow in a sky that is the brightest blue
you'll ever see. While it's certain to be cold
outside, staying inside warms my heart. Thus
for me winter in Montana is the equivalent of
a five month staycation. So rather than fight
the cold, why not take a chill pill? But if you
have to go out, ride... don't walk! ENJOY!
Posted by montanaroue at 4:00 AM