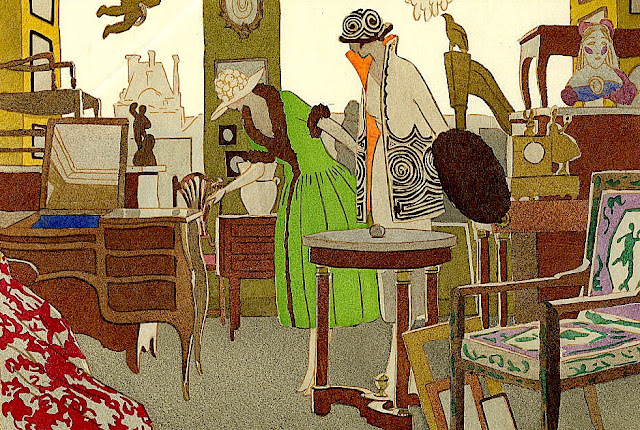 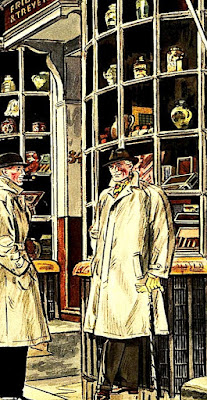 Not older... better
One of the benefits of being on the east coast
is it's historical context. Those who have lived
before us if nothing else left a swath of debris
behind them. Thus in an area with roots back
as far as the 17th century there's lots of flotsam
and jetsam just waiting to be rediscovered. And
it's the very idea of finding a treasure for nada
that makes "Antiques Road Show" so popular.
However my love for old things has nothing to
do with their financial value. Rather I simply
adore objects with more than a bit of mileage
on them. Which may explain why I continue
to think that Frank is so damned handsome! 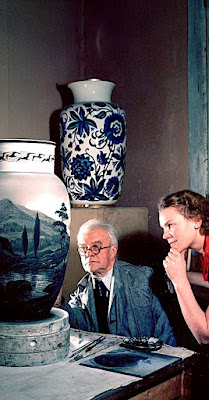 Historical preference
Given I love a bit of patina I tend to embrace
the concept that "one man's trash is another's
treasure." However within the process of a
treasure hunt, I struggle with separating the
wheat from the chaff. Hence I rarely "score"
at thrift shops, antique stores, or garage sales.
Within such a cluttered context I can't see the
bargains for the barrage. Whereas I'm much
more successful at an organized estate sale
or better yet properly presented auction. One
where each item is placed and priced within
a semblance of order. Which insures that this
lover of all things old buys something "new." 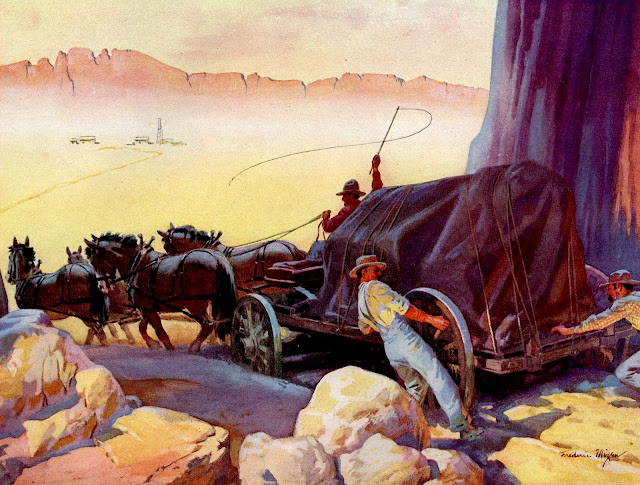 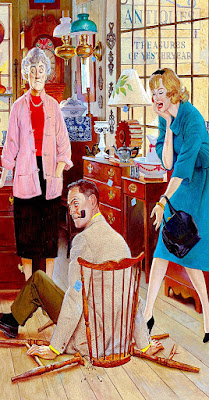 Few and far between
Theres a reason why there is less of the good
stuff out west. A community like Lewistown
Montana wasn't settled until the 1870s. And
those who settled here had to travel an awfully
long way to hit home. Meaning that whatever
they owned was edited to a bare minimum for
such a journey. Such a lack of legacy created
a context where new was better than old. Thus
one has to truly hunt and peck for anything old
that has true value. Whereas back east, people
have no problem dumping their past at the curb.
Or dropping it off at some charity shop. They'll
do anything to get rid of the stuff! PURGE! 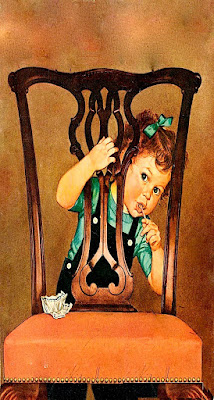 Past imperfect
Most folks have no idea of what they have.
Ignorance is bliss for those who benefit from
other's lack of detail. Family circumstances
insure that each of us grows up surrounded
by other's possessions. For some said items
take on importance of mythic proportions.
Given family folklore is rarely true, many
a Tiffany vase is appraised as a dime store
tchotchke. However historical context can
also cloud one's vision. Which is why many
offspring view their parent's possessions as
emotional baggage rather than very valuable
commodities. So... OUT WITH THE OLD! 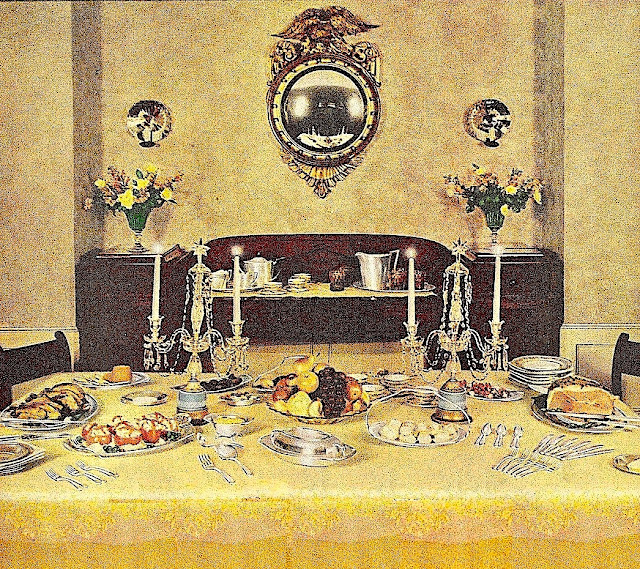 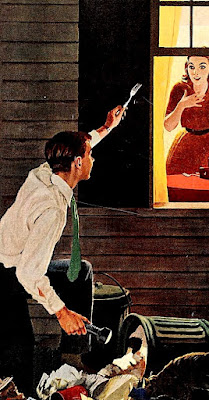 Garbage in - garbage out
Our home is filled with such castoffs. It's
a recycling center given it all came from
somebody else's house prior. Mixed in are
a few items from each of our pasts. Which
spark a gut reaction as we see them. Given
beauty is in the eye of the beholder, often
I wonder what will happen to our goodies
when suddenly we're hit by a truck. Will
those left behind have any idea of what all
of our crap is actually worth? Or could the
sheer volume of it alone inspire a quick fire
drill that fills several dumpsters? Leaving
someone to rediscover our past in the trash.

Now and then
All the more reason to enjoy what you have
here and now. We use everything in our home
on a fairly frequent basis. Protecting objects
behind closed doors does nobody any good.
Part of living in the here and now is honoring
the past by enjoying another's former prized
possessions. Such a cycle insures that their
legacy lives on. I've no idea where most of the
contents of my great wall of china originated.
Nor where all of it will end up once I'm out of
the picture. However one thing will be certain.
Which is that this avid "collector" will enjoy
them all while they were in my possession.
Posted by montanaroue at 4:00 AM