FROM OUR HOUSE TO YOURS 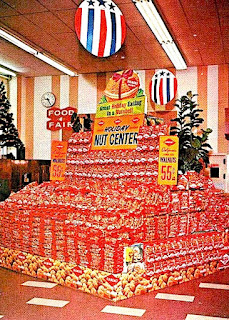 Am I nuts?!
I've just shopped up and down our grocer's
aisles in preparation for Thanksgiving. And
I can't help but marvel at how very different
our feast must be from others. The end caps
are loaded with what most must consider key
holiday staples. And what's obvious is that
most prefer mass processed foods, none of
which will be on our table. Is this culinary
schism proof of "us and them"? How can
our tried and true traditions be so different? 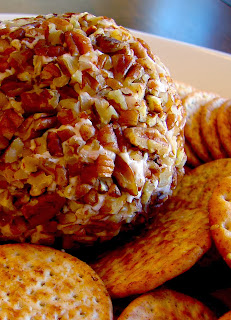 Non-pasturized
Our family loves imported cheeses. The
stinkier, odder, and older, the better!
Processed
Apparently everyone's having a ball given
an orb of "dairy product" is America's fave.
Whether made in a Hickory Farms factory
or hand crafted at home, this smooth yet
savory orb rolled in chopped pecans spreads
smoothly on a Townhouse, Ritz, or Wheat
Thin! So why not go on a roll this holiday? 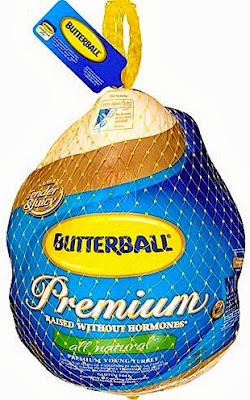 Fresh
As previously noted, our turkey is fresh.
While not organic, it will also be raised
free range sans hormones or antibiotics.
Frozen
For most a rock hard Butterball is the
ultimate! While my favorite part of a
turkey is the dark meat, many seem to
have an aversion to the most moist and
tasty part of the bird. Hence many just
roast and serve the turkey's breast. One
can even opt for a pre-cooked Butterball.
And some will even foist tofurkey upon
their unsuspecting guests. FOWL PLAY! 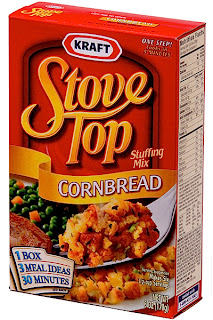 Dressing
This year I'm doing pancetta and mushroom
dressing. The perfect foil to our fresh fowl.
Stuffing
For some a hot heap of steaming Stove Top
Stuffing is the ultimate of holiday fare. Most
Americans no longer stuff their bird. Rather
they open a box, empty a pouch, boil some
water, and mix in pre-seasoned bread cubes.
Most consider said savory chemical slurry
the stuff to die for. Which just may happen! 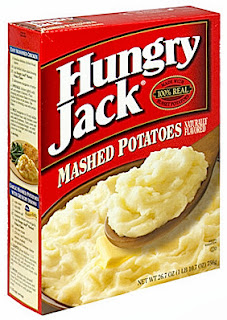 Mashed
I peel, boil, then mash my taters with lots
i.e. tons of butter and HEAVY CREAM.
Whipped
We're all busy and who wants to bother
peeling or whipping it out. Exhausted or
lazy, theres nothing easier than popping
open a box of Hungry Jack potatoes. Just
add hot water and margarine to create a
potato potion. Watch dehydrated dust be
reconstituted into silky spud-like fluff! 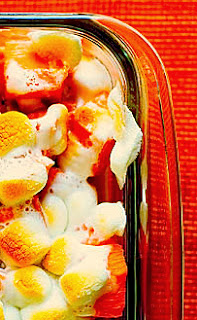 Organic
We plan to oven roast organic ruby yams and
serve them smothered in imported Irish butter.
Candied
Apparently the rest of you will be dishing up
a heaping helping of canned yams combined
with canned mixed fruit which is smothered
with mini marshmallows. Post bubbling and
broiling in the oven any nutritional benefit
magically evaporates prior to serving. Now
ALL will eat their veggies! How sweet it is! 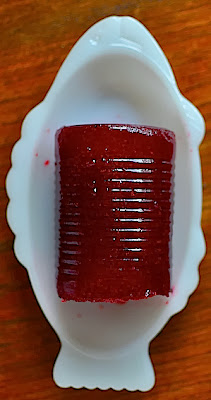 Home made
What could be easier than boiling fresh
cranberries, sugar, and water into a gel?
Canned
Well... actually... most of Americans prefer
to open a can and slid out some strained
cranberry sauce. I must admit I love said
tangy circular slices of congealed puree.
Some households even have special plates
designed to perfectly hold a ribbed log of
jellied splendor. And don't forget that the
holidays are all the more fun when there
is a fruit at your table. It's swell to gel! 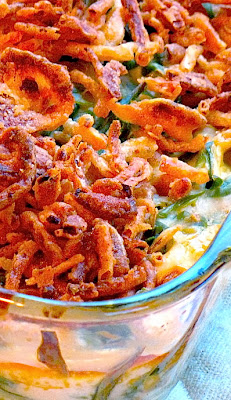 Roasted
At our house, Brussels sprouts are oven
roasted then drizzled with a liberal dose
of organic maple syrup. How chic!
Baked
The most popular of Thanksgiving menu
traditions is any version of the green bean
casserole. Canned or frozen "french cut"
green beans are combined with canned
Campbell's Cream of Mushroom soup and
then topped with canned Onion Rings. This
is one beloved casserole that frankly I just
don't understand. However why not try
something new this holiday? CAN CAN! 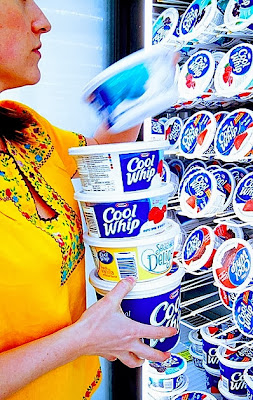 Real
Due to limited time and patience we're
having someone else bake our pies this
year. However they will be smothered
in fresh hand whipped organic cream.
Faux
It's fascinating to see how many people
grab a pumpkin or apple pie off the table
at the grocer. While mass produced they
are really not that bad. What amazes me
that rather than grab a can of Rediwhip,
many opt to spoon Cool Whip from a tub.
No matter the froth, it's all chemicals. So
be thankful for a host who whips it out!