I once was lost but now am found... 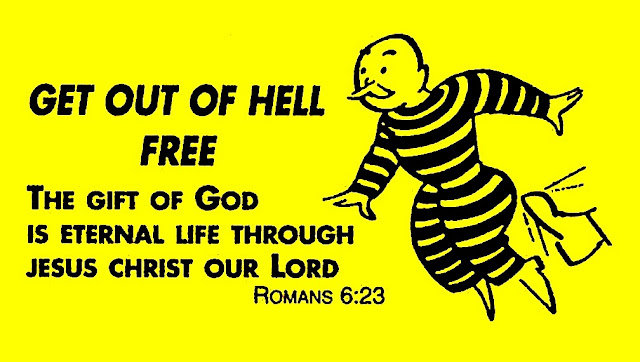 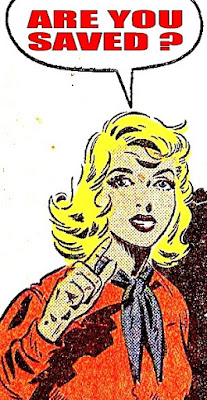 Easy does it
This talk about weirdos trolling malls makes
me wonder. Let's assume that those good ole
"Christians" down south are right. And that
even though Roy Moore might have sinned
in the past - he was made "white as snow"
post his conversion to fundamentalism. The
question is does such a transformation make
him any less creepy? Or is that proof that he
is too weak to battle his own demons let alone
defend us against the same. For decades the
gentleman in question has valiantly fought
for "Christian values." Yet one can't help but
wonder what his motivation is. Mea culpa?

Rallying cry
I'm somewhat of an expert on fundamentalism.
My parents were raised Episcopalian like most
anglo-saxon New Yorkers of their ilk. However
during their rebellious teens - both shifted over
to a popular Presbryterian church in Manhattan.
One with an active and engaged youth ministry.
It is there that they met and subsequently fell in
love. Post marrying religion played a nominal
role in their lives. That is until 1957 when they
attended a Billy Graham mega crusade held at
Yankee Stadium. It was there that they were
"saved." Causing them to subsequently live the
rest of their lives as fundamentalist christians. 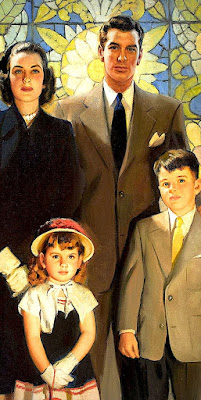 Old time religion
Which led to my upbringing within two uber
conservative fundamentalist Baptist churches.
Hence my childhood Sundays were spent at
Sunday school, morning worship, youth group,
and evening services. Every Wednesday we
trotted back to church for a prayer meeting.
In between my parents attended a plethora of
meetings and bible studies. While I spent my
Fridays and Saturdays in the company of the
children of fellow parishioners. For the most
part it was a lovely life. That is as long as one
followed the Bible LITERALLY. There was
no room for questions or... rebellion. 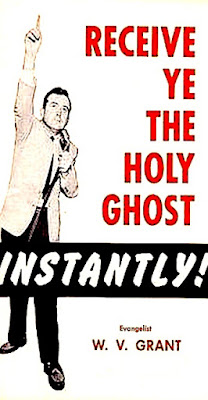 Instant gratification
Whatever god they follow, fundamentalists are
all the same. Dogma dictates exactly how every
member should think, look, and act. Hence it
provides a stringent framework within which
to live one's life. One that provides reassuring
clarity, checks, and balances. Within such a
context one never has to think for themselves.
That's because somebody else already has all
of the answers - and in theory got them direct
from GOD. Which takes the pressure off any
"sinner" who chooses to join the flock. Post
handing over past transgressions to God they
think they're no longer culpable. Tabula rasa. 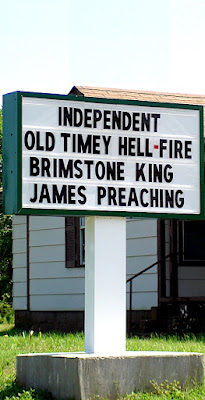 Rules of engagement
Sadly such a dictatorial approach to life does
not permit exceptions to said rules. Dictums
and diatribes only offer solace to those who
prefer to hide from rather than confront their
demons. Strict sects attract those willing to
do anything except embrace the truth. Such
refuges of redemption should act as centers
of love and inclusion. Sadly most encourage
hatred and exclusion. Few if any can adhere
to such strict membership criteria long term.
Hence when a member falls from grace they
have NO choice but to hide the facts rather
than risk losing their spiritual safety net.

A wolf in sheep's clothing
So how did Judge Roy Moore hide his dark past
for several decades? Cloaked in fundamentalist
armor - he thought that he could do no evil. As
a child of God he assumed he was guaranteed
absolution no matter the crime. And considered
anybody who dared question his behavior or
challenge his authority to be the devil incarnate.
Yet still the truth found him out. Which to his
chagrin exposed his false witness which he has
frequently leveraged to his advantage. Therefore
we shouldn't be surprised by Roy's denials. In
his mind he has a God-given right to do as he
chooses. Even when it's fundamentally wrong. 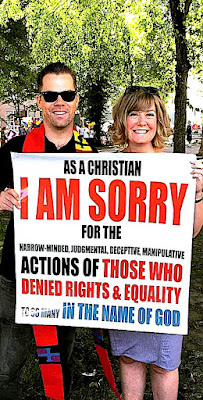 Heaven on earth?
Having been raised a fundamentalist - I know
where they're coming from. But what I can't
understand is why they continue to stay there
against all odds. Confronted by exceptions to
their rules - families reject their gay, addicted,
divorced, or compromised relations. And what
in the name of God is more wrong than that?!
Rather than hide from reality - shouldn't faith
in action be all about discovering the truth?
If one truly believes in a higher being then
our world's diversity of thought, orientation,
race, color, and creed are God given rights.
So rather than hide - seek and ye shall find!
Posted by montanaroue at 4:00 AM