JUST A BUNCH OF SO AND SO'S 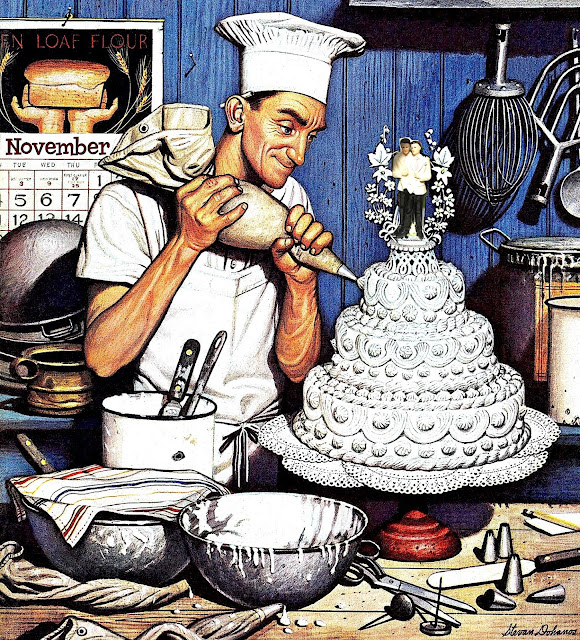 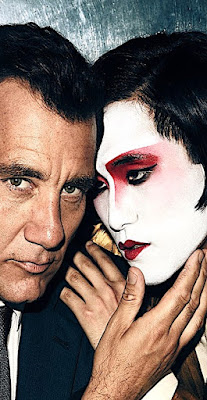 Deja view
Last night we saw Clive Owen in M Butterfly
on Broadway. You know the story - boy meets
girl pretending to be a boy playing a girl but
is actually a boy. Obviously when first staged
said plot befuddled, amazed, and intrigued all.
Thirty years later, what once confused is now
almost normal. Which only affirms that we've
come an awfully long way in a short amount
of time. Well, most of us that is. Given some
still battle over bathroom usage. While others
argue in the Supreme Court that it should be
legal for a pious baker to deny a gay couple
a wedding cake. So close and yet oh so far. 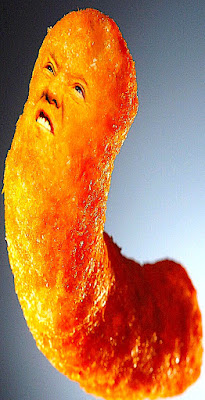 Agent orange
Everything seems to be making a comeback.
Will & Grace is back on air poking a stick in
our "Cheeto in Chief's" cage. Like any long
lost love they're entertaining and yet Karen
and Jack have oddly lost their surprise factor.
Hopefully because the majority of Americans
have evolved into a kindler gentler citizenry
since they first hit the screen. Whereas on the
other end of the spectrum - those who have
been dragged onto said evolved plateau are
kicking, screaming, and at times shooting in
protest. And doing anything to get back all
they've lost in the process. So who wins?! 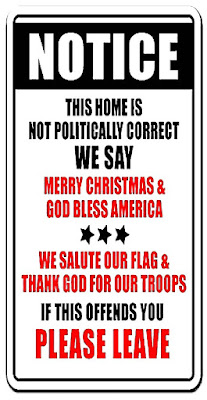 In a manner of speaking...
For some it's a badge of honor to challenge all
things "politically correct." Yet if one delves
into the rationale, purpose, and goals of such
efforts one only finds courtesy, respect, and a
dash of equality. All of which seems to anger
those who prefer to demean rather than treat
others with the kindness they deserve. Thus
we the people are constantly fighting battles
against those who still want to have an unfair
advantage. The result being an endless cycle
of finger pointing, accusations, and derision.
All of which are nothing more than a waste
of our time. So, why can't we be friends? 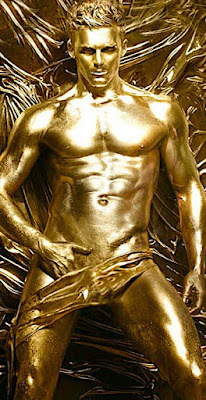 Gold standard
Why can't we live by the golden rule? Imagine
a world filled with mutual respect and common
decency! Sadly each extreme wants to punish
the other for being different. When in truth,
we couldn't be more alike. Love is love. And
all one needs for affirmation of that fact is to
see it in action. Last weekend I visited my two
daughters and their spouses. Both are married
to fantastic people who are honest, genuine,
hard-working, and devoted. The difference is
that one is a man - the other a woman. Seeing
my kids happy proves that no matter who one
loves, love conquers all. So why fight about it?

Same old
I know that many are curious about Frank and I.
Wondering how two men can share their lives
in every way. The answer is simple. In exactly
the same manner as any other couple. Due to
natural circumstances beyond our control - we
are boys who like boys. However beyond that
variation, our connubial wants and needs are
comparable to any heterosexual couple. Hence
beyond who does what to whom - there is no
difference. Rather than living some deviant "life
style" we're simply an old married couple trying
to enjoy whatever time we've got left. So can
anybody tell me what is all the fuss about?!

Over and out
Whatever one does behind closed doors is their
business and no one else's. Society requires that
we each go about our daily lives sans harming
others (or ourselves) for that matter. Given we
all have more than enough problems - why do
some consider it their responsibility to create
problems for others?! Can't we treat each other
in the way we'd like to be treated? Isn't it time
to stop interfering with each other's happiness?
How and with whom I live my life is all about
me not you. Why can't we leave well enough
alone?! Or better yet, embrace our new reality?
So what are you waiting for? 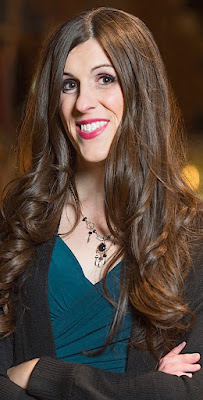 THE MORNING AFTER...
This morning election results showed that
those once deemed "minorities" won the
majority. Candidates of color, women, gays,
and those transgendered easily won seats at
the table. In Virginia and New Jersey - the
tide turned from red to blue. Has the silent
majority spoken? Danica Roem - was the
first ever openly transgender candidate for
a state legislature. She won a race against
a twenty six year veteran known as "chief
homophobe." So is this proof that we're
finally on our way to a better place?
GOD BLESS AMERICA!