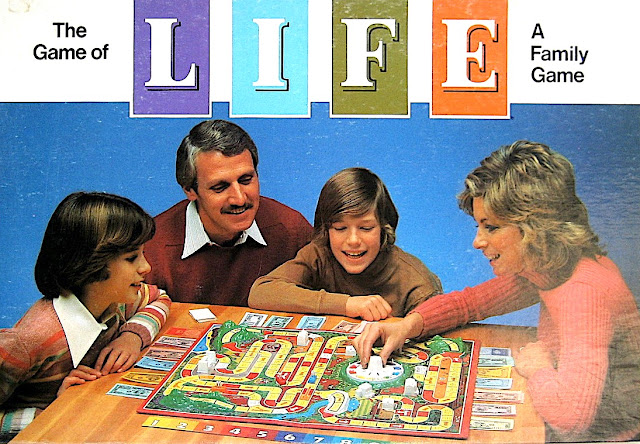 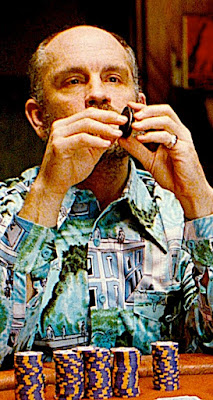 Card sharks
A holiday tradition of Frank's family is the
card game "svick." According to folklore
this Czech card game was handed down for
generations. By now I'm fairly certain it's
an evolved version of a game once played
back in the old country. Every holiday after
a massive meal and a nap we sit around the
cleared table and gamble. Frankly I'm not
very clear about the rules of said game. All
I know is that it's always fun. It's the kind
of group activity that all can join in. And
anything that joins our family together in
laughter is to me a WINNING proposition. 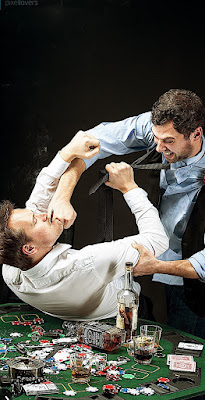 The odds are...
I've never been a gambler. Hence unlike Oscar
in the Odd Couple I won't be hosting a poker
game anytime soon. However years ago I did
play bridge and several card games thereof.
Way back then several couples would gather
at another's home to play. In hindsight the bulk
of our evening was spent drinking, nibbling,
and saying extremely inappropriate things to
each other. Looking back those were some of
the best times. Or at least one of the few times
when I laughed to the point where it hurt. All
of which proves it's beneficial to occasionally
participate in some sort of group endeavor. 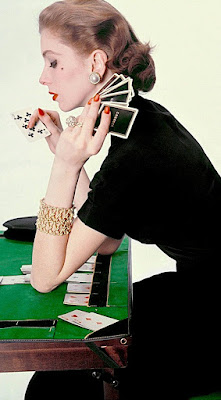 Luck be a lady
Most of our mothers played bridge at least
one afternoon a week. In the old days that
meant that one returned home from school
to a house filled with smoke. And a table
strewn with empty nut cups, half full tea
cups, and some incomplete bridge tallies.
Frank's mother was a member of several
"clubs" who played weekly. Mom was so
beloved that one group is known as Pearl's
Girl's" Years later her daughter-in-law "S"
now sits in Mom's place. If nothing else to
honor a lady who played life's game fair
and square. Lucky us to have known her. 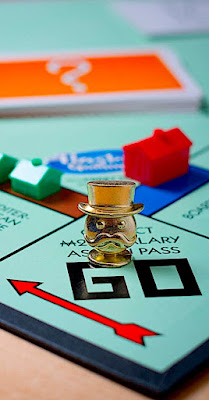 Bored walk?
All families have their traditions. I recently
visited my eldest daughter "E." All that she
wanted was for us to play Monopoly. For
many reasons "E" remembers playing said
game fondly. Even if her father always won.
Competitive advantages aside, there was a
method to my madness. Monopoly is really
a lesson in capitalism. Yet my dear grand
daughter didn't appreciate losing all of her
property to "G.G." My hope is that she will
learn her lesson someday. Which is that we
often have to lose in order to win. And that
life isn't a game. It's a journey in process. 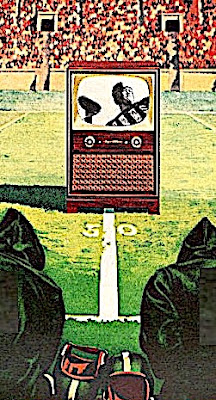 Grand stand
Given we're deep into football season, many
spend their nights and weekends watching
a bunch of hunks in skin tight pants tackling
each other. While reminiscent of an evening
at a Gay bar - I've never enjoyed screaming
at a television for hours. However said sport
does have more than it's share of ardent fans.
All who passionately believe that their team
is better - whether they win or lose. While
some would have us question the patriotism
of those who play before us, I've come to
deeply admire the bravery of those willing
to kneel against all odds. TOUCH DOWN! 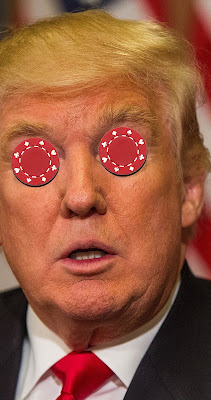 Loser takes all
Playing games with our freedom is not worth
the gamble. Hence while trumping others is
often appropriate in the board room, it may
place America on the brink of a nuclear war.
There's a difference between playing in one's
own backyard versus within the global arena.
And unless somebody calls foul - we're all in
danger of losing big time.Locker room talk
aside, there's no excuse for violating another's
rights. Hence some players must be thrown
off the team. All as their top dog continues to
exhibit a lack of team spirit. In the end it's all
about him. Talk about FOUL PLAY! 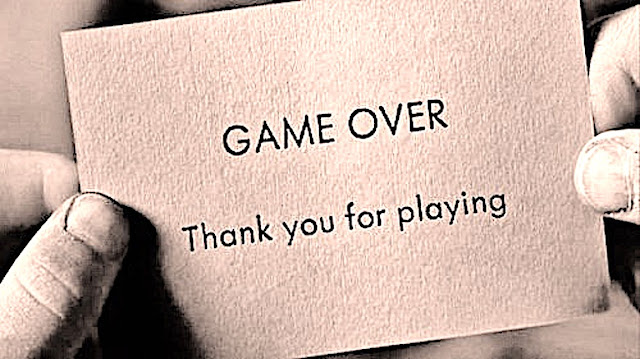