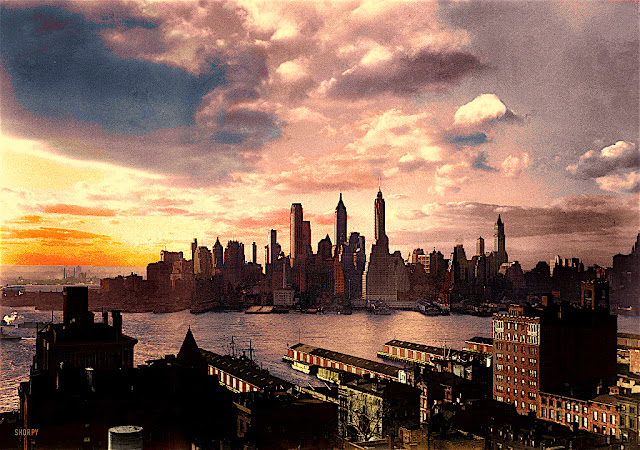 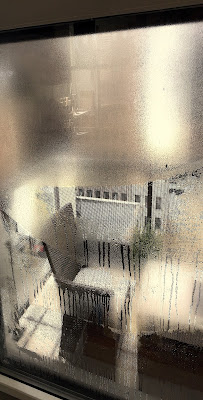 Here come the fuzz
The other morning I awoke in a haze. That's
because my outlook on the world was fuzzy
at best. Every window in the apartment was
fogged over with condensation. All because
I was "chilling'" in air conditioned splendor
while the world outside was a HOT MESS!
Reminding me of one of the things I did not
miss while away from Manhattan - humidity!
For the last three years I lived in Lewistown
Montana where the humidity rarely hit forty
percent. Whereas on the isle of Manhattan it
has hovered around ninety five percent over
the past few days. And... it wasn't raining... 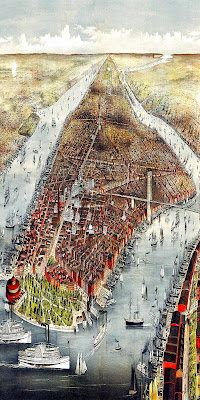 Water world
Living on an island surrounded by water can
at times dampen one's spirits. High humidity
tends to destroy the resolve of all involved by
literally dragging them down. Suddenly one's
coif has a will all it's own. Creating much a
doo about something as it erupts in a flurry
of swirls or literally falls flat. Walking a few
blocks out of sorts will easily insure that one
arrives at work wet behind the ears. Much as
those from northern climes, most urbanites
stay inside rather than brave the heat. And if
these past few spring days are any indication,
it's going to be a looooooooong, hot summer.

Light show
In times like these one tries to look on the
bright side. During such steamy temps a
heavy fog descends upon this city at night.
The ensuing haze bounces all light off it's
rolling mass creating a spectacle that's free
for all. While at times quite lovely it can
be rather confusing living in such a state
of extremes. Hence deciding what to wear
can be more than challenging. A bikini can
be appropriate street gear whereas a mink
coat may be required in order to survive the
air conditioning. Thus it's no wonder most
New Yorkers run either HOT OR COLD! 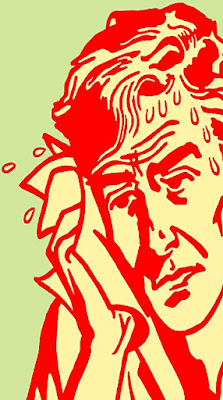 Spirits dampened
I'm adjusting to my new situation. Having
lived across this country I've experienced
every extreme. Several summers in Dallas
taught me how to handle the heat. Wive's
tales aside, there's a big difference between
dry versus wet climes. During the winter
the thermometer dips far below zero back
in Montana. Yet sans humidity, ten below
can be far nicer than a cold and damp day
in the thirties. Given I was raised in these
here parts, I should be able to weather any
storm. However the older I get, it seems
that my resolve dampens all the more.

On a roll
Weather or not I can stand the heat is still to
be seen. Meanwhile I'm once again adjusting
to urban life. This weekend I decided to perk
up my balcony with some greenery. Living
in the city, gathering such goodies requires
a strategic approach to procurement. Home
Depot is six blocks away across town. Over
two round trips I loaded my tiny grocery cart
(left) with as much as it could carry. Soon a
row of Rosemary softened my outer limits.
Now I'm prepared for summer in the city.
No matter the temperature, I'll sit outside,
sip a cocktail or two, and chill with a view.
Posted by montanaroue at 4:00 AM