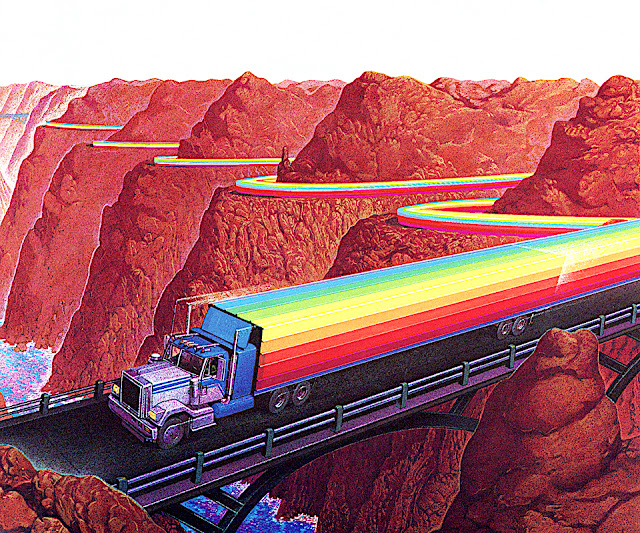 Out of the ordinary
June has been given the official designation of
"Pride Month." Meaning that LGBTQ - Gay,
Lesbian, Bisexual, Transgender and Queer
Americans are recognized for being who we are.
I don't know about you but I consider such overt
attention more than a tad disconcerting. After all,
why shouldn't queers just like me be proud every
single day of the year? While I appreciate your
support, I'd really rather not limit my ability to
be treated with respect to a few weeks versus on
an annual basis. The fact is I'm ALWAYS proud
to be different, unique, and most definitely out
of the ordinary. And occasionally FABULOUS! 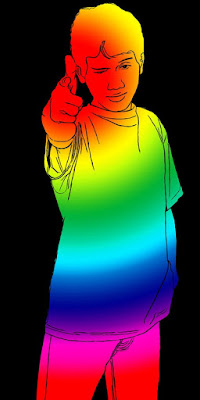 Never the same
You see being gay is a 24/7/365 experience.
However doing what comes naturally isn't
necessarily always enjoyable. Everybody
judges each other at face value. However
when one is out of the ordinary, the odds
are against said evaluation being unbiased.
As an adult male, I'd prefer your evaluation
be based on anything except who I choose
to love. However being the odd man out
requires that one be an ambassador for all
things homosexual. A living representation
of what some consider to be an "alternative"
lifestyle. Even if we're different yet equal. 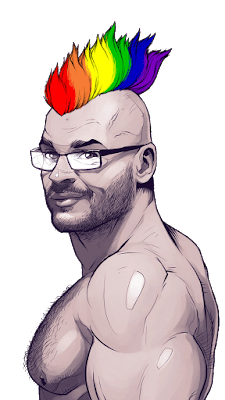 Rare exceptions
In truth I'm no different than you are. So
why do I need a day, weekend, or month
dedicated to publicly displaying my pride
in who I am or what I've achieved? When
I was "heterosexual", being one member
of the pack was the last thing I wanted to
be. Yet many gays feel mainstreaming is
the ultimate in queer entitlement. Which
has me worried given most things deemed
acceptable by the masses are pablum at best.
You see people like me enjoy being unique.
Meaning that whether you like it or not, we
all feel blessed to be different from the rest.

Room to glow
In most ways LGBTQ's are no different
than the rest. We love, live, eat, breath,
and sleep like the rest of humanity. Yet in
other ways we couldn't be more different.
The fact is that choosing to be honest and
openly embrace the things in each of us
that are unique is something to celebrate.
We are oddities. Variations on the norm.
Hybrids. Rarities. Anomalies. Thus we'll
never be exactly the same as the majority.
Our natural inclinations add benefit to the
world at large. Just think of what it would
look like sans GAY interior decorators! 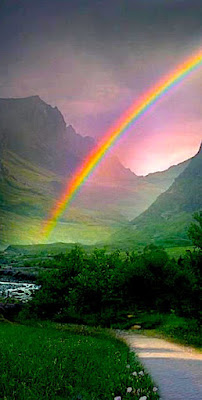 Out of sorts
Obviously it's great to be able to live out in
the open. However gaining your collective
acceptance doesn't mean we should have
to give up the things that make us special.
Being a faggot inevitably means you're not
one of the guys - that is unless you're in a
gay bar. being deemed butch by the rest of
us doesn't make you any less of a woman.
Which has me thinking that all of the many
foibles that come with being a minority are
actually what we should be most proud of.
Much like a rainbow, our unique gifts add
color to the world at large. How gay is that?!

R.E.S.P.E.C.T.
Recognizing we are exceptions to the rule is
NOT about pride. Rather it's all about giving
queer folk like me the RESPECT we deserve.
Try as we might, we can't change who we are.
Thus we've every reason to celebrate all that
sets us apart. After years of trying to conform
to other's norms, we've finally embraced our
abnormalities. And in the process of doing so,
opened our hearts, minds, and souls to a life
that validates us on a daily basis. Hmm... as
I think of that I may be wrong. We really do
have something to be proud of don't we?!
HAPPY LGBTQ PRIDE MONTH!
Posted by montanaroue at 4:00 AM