FROM WHENCE WE CAME 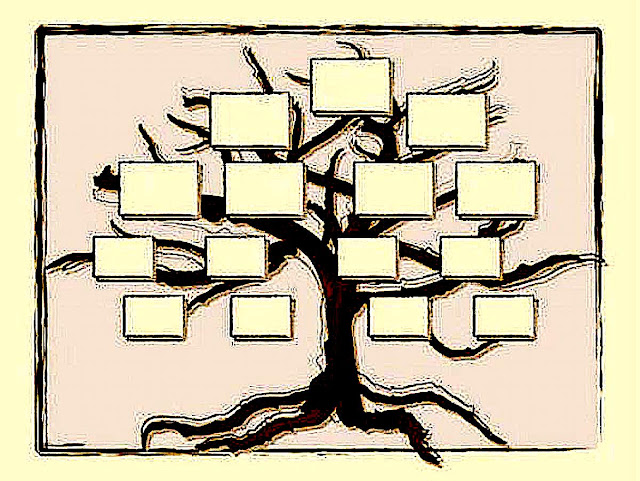 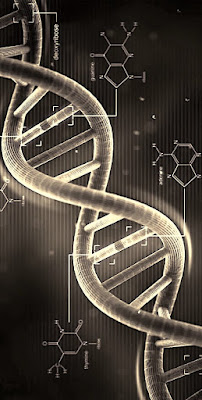 Filling in the blanks
We've all seen those DNA test commercials.
The one where post slathering his saliva on
a stick, a "German" discovers he's actually
of Scottish descent. Given the majority of us
are a mixed bag, we all spend much of our
lives trying to sort things out. Therefore it
makes sense that understanding our lineage
connects said dots. For centuries the practice
of genealogy was a rarified sport. Those who
charted their roots invariably were trying to
prove something. Be it eligibility to be listed
in the Social Register or to join the D.A.R.
Then the digital age arrived.

Putting it all in perspective
We are who we are. But until recently few knew
who, what, when, why, or how they got there.
Now everybody seems to be embarking on a
personal journey of self revelation. Television
is flooded with tales of celebrities traveling the
world to unearth family secrets. Others consult
historians to debunk family folklore. Only to
discover tales best left unsaid. However at least
in my case, logging onto Ancestry.com has only
reinforced that we live in a very SMALL world.
And that often our link to people and places is
much closer than six degrees of separation. And
so it truly is a small world after all...

Towing the line
My mother was very proud of her heritage.
For her a connection to the roots of our land
was validation that she was unique. As a boy
she drilled the concept that due to lineage we
rightfully held a place in the front of the line
of humanity. However after finding out that
I was adopted said premise in theory was no
longer valid. Yet post her brainwashing I still
maintain a strong connection with both of my
parent's life lines. And post their deaths, felt
the need to validate all of those family stories
I'd grown up with. Thus I did my homework
generation by generation and Ethel was right. 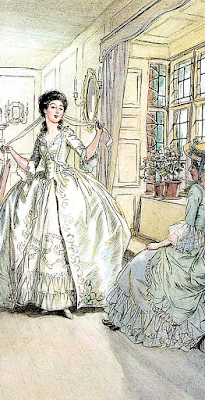 Back to the future
I won't go into the details but the facts prove
that my Mother knew what she was talking
about. However in truth, I've no connection
to said folks beyond a legal connection. Thus
one might question my interest in unrelated
relations. My explanation is simply that all
of history fascinates me. Hence when given
the chance to relate the past to the present -
those long gone - I enjoy bringing them back
to the fore. Suddenly the long forgotten are
remembered. And soon thereafter we realize
just how close we are to those who've come
and gone. That's when history repeats itself! 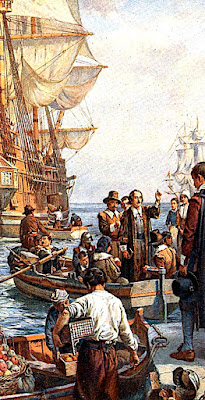 Circle line
Some of Mother's relatives arrived on these
shores via the Mayflower. Other's came later
(in the seventeenth century) and settled upon
the isle of Manhattan. During the Revolution
one branch went west - inhabiting the wilds
of Pennsylvania at a place named "Garard's
Fort." Which was literally a fortified reserve
against the natives - i.e. Indians - who didn't
like intruders. Sadly they massacred Ethel's
relations in 1782. Causing the rest of her clan
to move on to populate the wilds of Indiana.
Then finally, several generations later my
great grandmother returned to Manhattan . 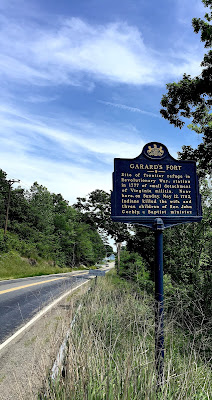 Return engagement
Proving that many of us ultimately travel full
circle. Yet I'm still surprised at how intimate
said journey is. As you know, I now spend
quite a bit of time in rural West Virginia.
To get there I must travel to Pittsburgh then
drive almost two hours to my office. Along
the way I pass a placard that strikes a chord.
Thus last Sunday I took a turn off the road
and ended up in "Garard's Fort". Soon I was
deep in a shady glen standing before a large
monument to my mother's relatives who had
been massacred on their way to church in
1782. Even today, they're not forgotten.

Half way there
My search for answers doesn't only apply to
my parent's parents parents parents... As an
adoptee I spent years finding my natural
family. Not out of rebellion but rather for
answers such as a comprehensive medical
history. Two years ago I finally connected
with my half-brother. Tonight (as I write
this) I will meet him for the first time. Who
knows whether it will lead to anything more
than a not so chance encounter. One thing is
certain, it will answer some of both of our
questions. Which is what the past is all about.
It puts the present in context... link by link...
Posted by montanaroue at 4:00 AM