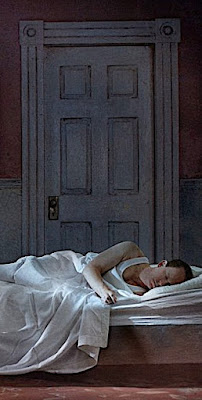 Asleep at the switch
For years I couldn't remember my dreams.
The victim of a mugging, I seemed to lose
my dream recall post a cranial encounter
with the butt of a sawed off shotgun. Thus
while I didn't lose sleep over it, I longed to
recall at least one occasional night vision.
During said hiatus it was obvious that my
head was elsewhere every evening. Frank
reported that I talked in my sleep. Luckily
I never subconsciously uttered anything he
shouldn't have heard. Slowly over a decade
I started to recall with my dreams once more.
But said revelations are anything but pretty. 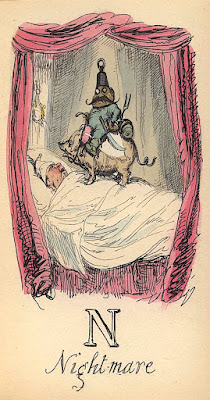 Never, never land
Obviously I must be suffering from some form
of post traumatic stress syndrome. That can be
my only explanation for the fact that just about
every night I dream of air travel. Not of planes
plunging to destruction but rather about delays
and the related mess that accompanies them.
Last night I was on my way to Europe however
it seemed that I was unable to gain any forward
momentum towards my gate. Finally I checked
in only to wait and wait. Until ultimately some
official came to apologize as they'd forgotten
all about me. Oh... and the plane had flown off.
And that my friends is truly a NIGHTMARE! 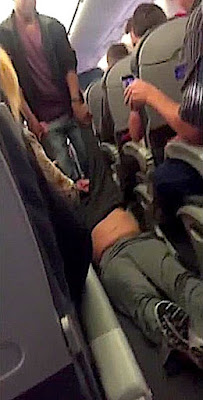 Never ending stories
I've literally lived that nightmare many times.
Hence like any victim of abuse I apparently
replay said torture on a nightly basis. Unlike
innocent Doctors from Kentucky I've never
been dragged off a plane by force. However
mental abuse seems to have wreaked havoc
on my peace of mind. Maybe I should consult
some dream expert to understand what's really
going on in my head. However I'm certain that
the uncertainty of modern air travel is the root
of all of my evils. I simply can't trust such an
obviously up in the air situation. And so I'm
reliving my angst on a nightly basis.

Strange bedfellows
One can't help but relate my nocturnal state of
angst to our current political climate. With few
exceptions it seems that every politician down
in Washington has forgotten about us - their
ultimate customers. Thus just like the airlines
they assume they can get away with anything.
And that we the people will quietly sit and take
it. Given that all that we want is to move on we
keep on hoping. Yet for reasons far beyond our
control (and well within theirs) we can't seem
to get where we want to go. Which my friends
is more than a nightmare. It's a political state
of purgatory with no chance of redemption. 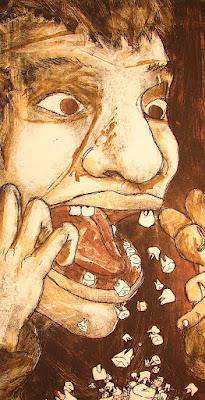 Repeat offenders
Many of us constantly repeat the same nightly
vision. Some dream of their teeth falling out.
Others drive speeding vehicles over cliffs. A
few attend parties in the raw only to discover
nobody cares. All such repeat performances
have valid explanations. Each are indicative of
a fear we're subconsciously working through.
Fortunately once I place my head upon my
pillow it is not filled with visions of Trump.
However I do spend almost every night in a
quite familiar state of limbo - better known
as the airport. Why can't I sleep that off?!
I'm stuck in a perpetual holding pattern. 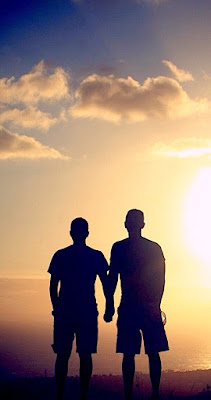 Dream come true
I've no doubt nocturnal rehashing is a natural
phenomena. There has to be some method to
such madness. Fortunately I've yet to hear
voices during my waking hours. So as of now
what happens in my bedroom... stays there.
However occasionally dreams do come true.
Tomorrow I once again will be at the airport
to catch a plane back to Montana. This time -
even if delayed - I'm confident that I'll still
ultimately reach nirvana. That's because after
a month apart I'll be in Frank's arms again.
Given he's all that I've ever dreamed off, it's
well worth the trip. SWEET DREAMS!
Posted by montanaroue at 4:00 AM