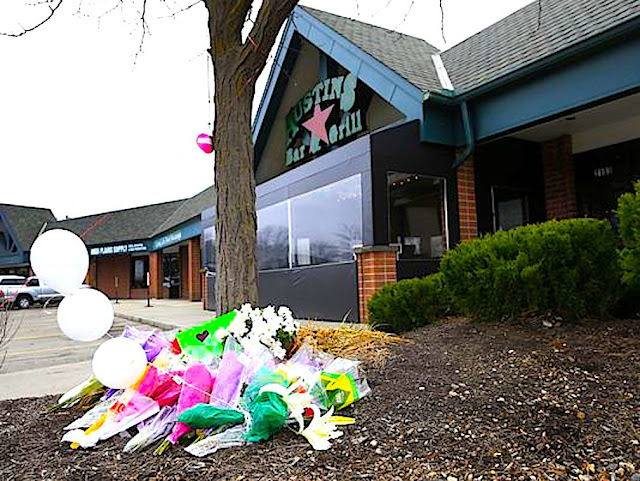 The less said?
One can't help but be disgusted. Our President's
platform and all of his related tweets is a turgid
melange of bravado, ego, and outright deception.
Posturing aside, I'm befuddled by what the man
deems as worthy of his comment. On a daily
basis we're bombarded with tirades on "fake
media or supposed enemies. Plus false claims
of unprecedented electoral college victories.
Mr. Trump has no problem speaking out what
is to his advantage. However sadly when it
comes to acts of racism, bigotry, prejudice, or
the victims thereof, one hears crickets versus
tweets. Suddenly Donald has nothing to say. 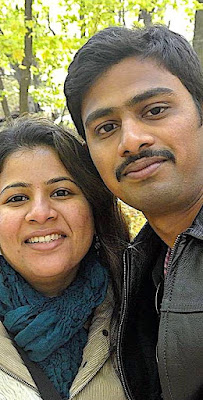 Caught in the crossfire
Last week in Olathe, Kansas two young Indian
engineers stopped on the way home for a quick
drink while watching a basketball game. Within
a few minutes a disgruntled patron was asked to
exit the bar post yelling "Get out of my country"
while accusing the two men of being "middle
eastern." Subsequently only to return with his
gun and proceed to shoot one dead and injuring
the other. Plus a gentlemen who stepped up to
their defense. Whatever motivation the shooter
may now claim, one can only assume this act
of murder was nothing but a hate crime. And
therefore deserves our outrage in response.

Silent but deadly
Yet no matter how repugnant or alarming such
an act may seem, our normally quite vociferous
Chief Executive has as of yet uttered nothing
on the subject. In fact the only official White
House comment came from Sean Spicer via a
press confab where CNN, The Washington Post,
New York Times, and others were barred from
attending. Per the man of the hour, any attempt
to link President Trump's stance on immigrants
and minorities to this shooting could only be
deemed "absurd." And therefore by saying just
that he not only insulted the memory of Srinivas
Kuchibhotia but also offended all of India.

We all fall down...
One hopes that such a cruel act of aggression
was random. But the facts indicate otherwise.
Since Mr. Trump's November election, over
261 hate crimes were documented through
early February. States with the greatest share
of incidents were New York (33), California
(27), Texas (25), and Florida (18). Almost
one hundred of which were graffiti or other
public gestures of hate. Sixty being physical
assaults. Fifty plus involved bomb threats on
minority facilities. Over forty were victims
of harassment. And finally twenty cases of
purposeful vandalism. How low can we go?! 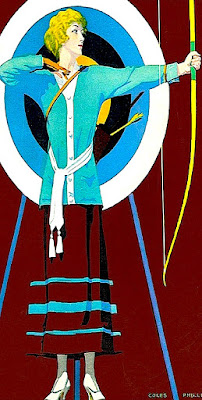 Target practice
Of the victims of said spate of hate crimes -
26.8% were Jewish. Next Blacks at 22.9%.
Followed by the LGBTQ community with
13.7%. Then Muslims hitting 11.8%. Plus
Latino s at 10.3%. Only to end with 14.9%
of victims who fell into "other." Those hit
hardest depended on where they lived. In
New York a third of the victims were Jews.
Whereas in California the majority were
Muslim and Latino. In Texas, Blacks bore
the brunt of retribution. However down in
sunny Florida over half of those targeted
were of the Jewish faith. Who of us is safe? 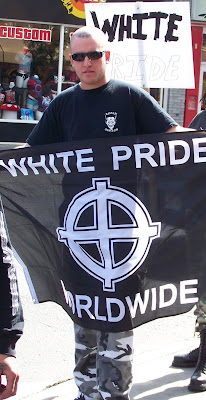 Over and out
Across America hate crimes are increasing.
Outraged civic leaders and their citizenry
decry these acts of racial aggression. Yet
amidst claims to the contrary, we all know
the reasons why hate has reared it's ugly
head post President Trump's rise to power.
It's due to garnering the support of racist
organizations in order to become the man
of his dreams. Facilitating an upswing in
acts of hatred which repulse those smart
enough to know better. While encouraging
those ignorant enough to assume that they
can now get away with... MURDER. 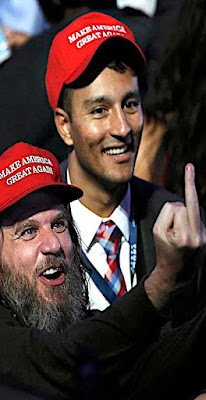 Birds of a feather
All of the above should be of no surprise. Last
fall findings from esteemed sources such as the
Pew Research Center and Time indicated that
over twenty one percent of Trump supporters
felt that minorities had "too much influence."
In addition almost twenty percent indicated
that Abraham Lincoln made a mistake ending
slavery. Long before Mr. Trump issued any
Executive Orders, he promised to implement
a Muslim immigration ban. And let's never
forget that he launched his candidacy while
calling illegal Mexicans "bad hombres" and
"rapists." Nor that the KKK endorsed him. 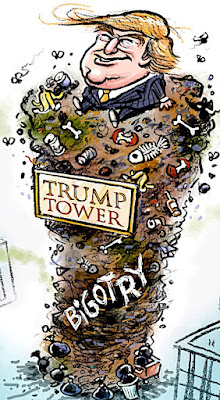 Garbage in, garbage out
As a member of one of those minorities
I'm scared. However as an American I'm
outraged that the murder of an innocent
immigrant has not been acknowledged by
the President of our United States. Think
about it. Rejection of his daughter's goods
merited his immediate attention plus the
public endorsement of a member of his
administration. This heinous hate crime
has yet to garner his abject apologies nor
a firm commitment to stop all racist acts
of aggression. Could his message be that
he only protects those who voted for him?

POSTSCRIPT:
The night this blog was published, President Trump gave his first speech before
the elected representatives of our country. He led with a strong condemnation
of both the Kansas shooting and attacks on Jewish cemeteries and community
centers. While one must question why it took so long, one must be thankful
that he has finally spoken out against racism, bigotry, and related hate crimes.
The question is... will he do as he says...
Posted by montanaroue at 4:00 AM