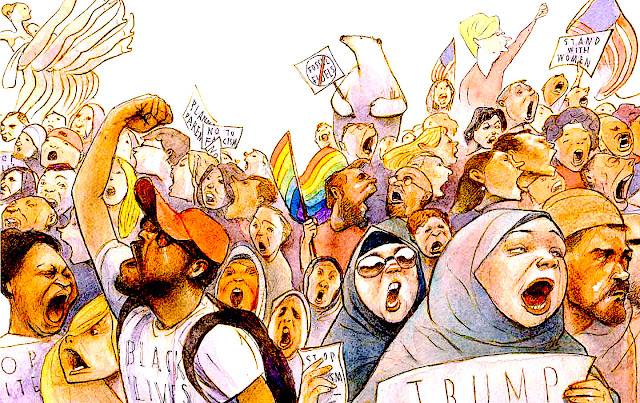 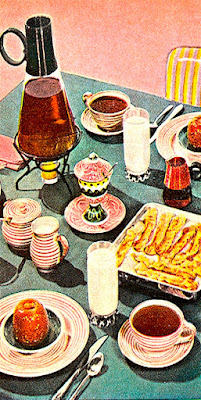 Coffee talk
A few months ago I was having breakfast with
a group back in Lewistown. The majority of
whom are born and raised in Montana. Great
people, we can talk about just about anything.
Somehow the subject shifted to "surprises" -
times when one discovers something new. A
gal who I really like shared about traveling to
Seattle only to realize "there were so many
black people there." Said statement was NOT
a racial slur. Rather it was an honest statement
based on her life experience. However I still
found it more than disturbing. That's because
it indicates the scope of America's great divide.

Melt aways
New York City is a melting pot. An amalgam of
a global melange of economic, social, ethnic, and
cultural groups.  Therefore with the exception of
the environs within fossilized clubs such as the
Knickerbocker or Union, diversity is the lay of
this land. Hence whenever locals are confronted
with blatant racism, our immediate reaction is a
mix of surprise, pity, and disdain. That's because
bigots invariably seem ignorant at best. And at
least in these here parts in the minority. Yet just
dismissing divisive acts can get us all in trouble.
Or place a president in office such as Mr. Trump.
Who loudly claims that he's anything but a racist. 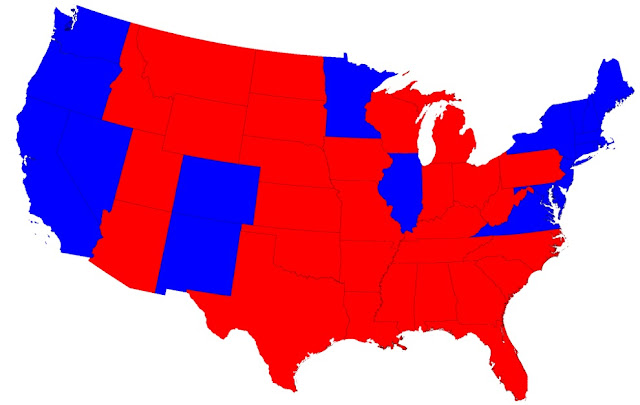 Baggage claims
Like it or not, we come from two different places.
As we consider the results of November's election
it was obviously a split decision. The dichotomy
being driven primarily by location. Rural versus
urban. Meaning that those who live in provincial
settings had no problem leaving urbanites holding
their mixed bag. That's because they simply don't
understand the reality of those who live far from
their comfort zones. Which means that while the
the majority of Americans swim in a melting pot,
the role of the electoral college allows an isolated
minority to usurp the rights of dissenting opinion.
Thus the reason why so many of us are ANGRY. 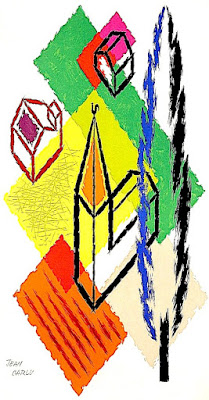 Between here and there
Both side's perspectives are driven by their
personal experiences. One side lives within
an ever changing collective of diversity. The
other resides in a world where any change
to their status quo is considered a threat.
Thus it's hard for either faction to respect
or comprehend the other's perspective. In
the years prior to this election, those truly
red states felt violated and ignored. Due to
economic and cultural forces their worlds
were changing for the worse. Thus it was
easy to blame others for their problems.
And support whomever was on their side.

Split decision
Angry, disenfranchised, or fueled by rumor
and innuendo these lambs were easily led
to slaughter. Ultimately Mr. Trump did not
receive the endorsement of the popular vote.
However fear mongering and false promises
enabled him to collect the electoral votes of
provincial America. Hence post the election
the balance of America was dealt a bitch
slap of reality. The fact is that all of those
red voters couldn't be more different. Blues
can no longer rely on safety in numbers.
Our electoral college gives smaller players
an unfair advantage. Hence our split decision. 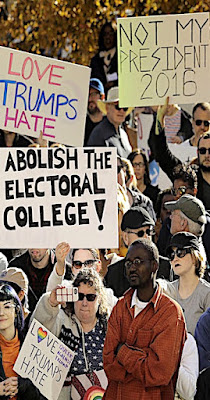 Deep and wide
While our differences divide us, few know
where the other side is coming from. Like
it or not, the former majority is becoming
a minority in our largest cities, states, and
regions. Most living in such circumstances
have adjusted to the benefits of said mix.
Diverse opinions, experiences, perspectives,
and talents fuel the growth of such urban
centers. Meanwhile within the heart of
America - the balance of our geographical
core - the locals live within a context much
like they did a century ago. Hence it's no
wonder they reject the reality of diversity.

Extreme exposure
For the first time in decades, racial extremists
feel empowered and hence emboldened to lash
out. Be that anti-Semitic threats against Jewish
Community Centers or toppling grave stones.
The outbreak of blatant bigotry post November
is more than disturbing. However one might
argue that such open and vociferous racism is
not our greatest enemy. Rather it's the continued
undercurrent of "us" versus "them" that remains
rampant in our rural environs. And sadly, also
exists in our most affluent areas where many
private clubs still maintain membership policies
that exclude Jews and other minorities. 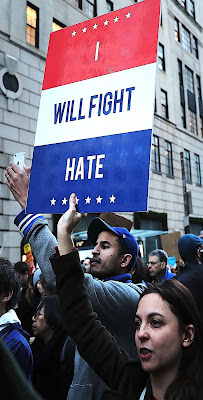 The power of one
We must stand up for what is just and fair.
And many Americans are now doing just that.
Recently Republican leaders have been met
by angry constituents in public. Incredulous
they claim such dissension is fueled by fringe
groups. However in reality these are patriots
fighting for the American way. Within our
political system freedom of speech and open
dialogue are welcomed and encouraged. Just
because some differ in their opinions doesn't
make them wrong. It's time that we listened
to each other, worked through our differences,
and joined as one to make America GREAT!
Posted by montanaroue at 4:00 AM