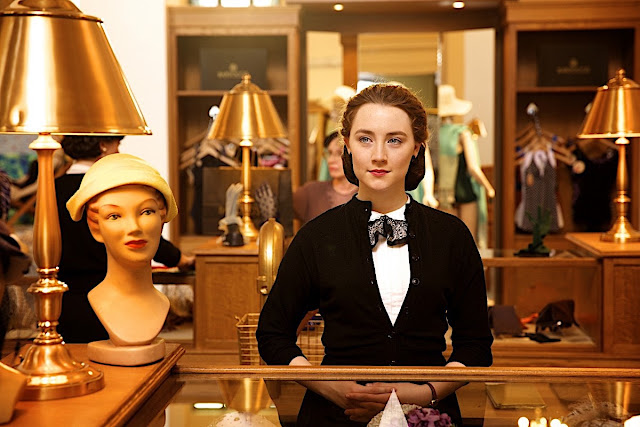 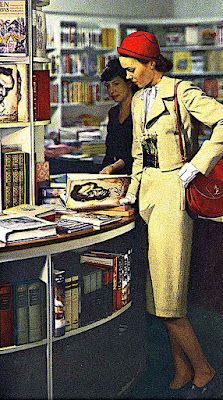 Attention all shoppers
Something is very wrong. Americans have
simply stopped shopping. Everyone I know
in retail is worried. Since the inauguration
business has literally dropped off the face
of these United States of America. Even the
most jaded of retail executives have never
seen anything like it before. And while few
want to talk about it - most are worried that
this phenomena is not going to dissipate.
There's no rational explanation for such
a deficit in store traffic and sales. Except
for the possibility that we've been trumped.
And if so heres little we can do about it...

Temporary diversion
To be clear, I've weathered many a new regime
before. The election cycle is always a dramatic
distraction. Hence Americans have historically
always maintained a wait and see attitude before
and after making the big decision. Normally said
angst dissipates with the advent of a new holiday
season. People pick up, move on and shop. Yet
this year rather than do just that they did nothing.
All of which makes sense given they either have
been busy protesting, glued to CNN, grousing
on Facebook, or preparing for the worst. Thus
most defer any thought of hitting the mall to
pick up a few trinkets. Instead we sit and wait. 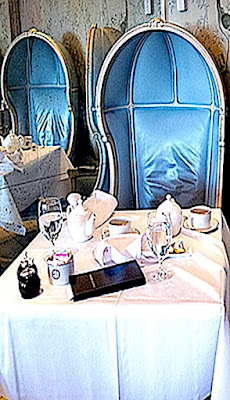 Less is more
I'm as guilty as the next. Since returning
to Manhattan I've been to Barneys and
Bergdorfs. However to dine, not shop.
For many reasons I'm just not interested.
Yet if I'm honest, somewhere deep within
me a switch has been flipped. Suddenly
consumption is no longer the fuel of my
desires. Rather contemplation, reflection,
and circumspection have become my
preferred modus operandi. While said
shift in focus may seem temporary, I'm
certain I'll never return to my voracious
ways. I want for nothing and need nada. 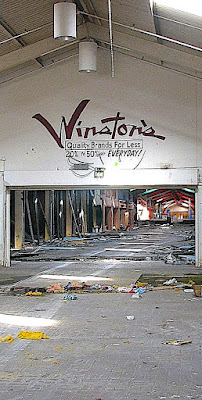 Out of order
As a retailer, such a stance terrifies me. Our
economy is built upon want and need. Thus
an obvious lack in our collective consumption
is distressing yet oddly comforting. That's
because if nothing else the presidency of
Donald Trump has taught many Americans
a valuable lesson. Which is to take nothing
for granted. Nor to assume that good will
naturally usurp evil. Since last November
most of us have been is a state of perpetual
shock. Causing us to question the viability
of our futures, safety, and freedom. Every
day it only gets worse. We've checked out.

Core values
Don't get me wrong. Obviously people are still
spending their hard earned cash. Technology
continues to thrive given we're all addicted to
staying in touch and on top of the "fake news".
Any upsurge in auto sales may be attributed
to our need to insure a fast escape. Meanwhile
I'm certain that stock market success is due to
anticipation of an upsurge in greed. Yet when
it comes to shopping fear and angst defer any
desire to buy a new frock. Instead when one
wants to indulge, we hop on a plane to any
place... but here. Thus beneath any economic
uptick lurks the malaise of most consumers. 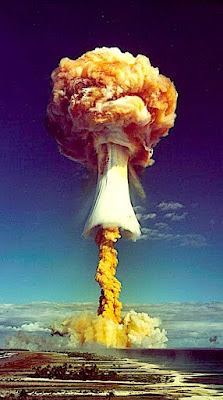 Blast off
In uncertain times like these we've no idea
what might happen. Is Russian destined to
become our second language? Will one's
beloved cleaning lady show up for work
or be deported? Will Kim whatever from
Korea send us his greetings via an atomic
blast? Along with what offensive action
will our shock jock of a President next
decree? The fact is that ALL of us are on
edge given our lives could change at the
push of a button. Be it a bomb or tweet,
such unstable behavior only encourages
we little folk to hunker down and hide. 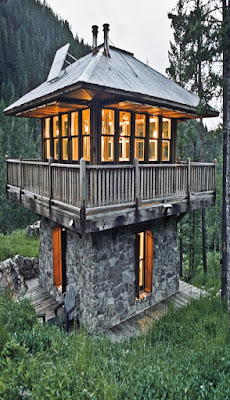 Little do we know
Some of my peers conjecture this seismic
shift is driven by a new set of priorities. In
theory young folks live differently than us.
Having grown up in abject affluence, our
children do not need possessions to define
their success. Thus instead of a McMansion,
a tiny house is their badge of honor. Given
consumerism has ebbed and flowed since
the beginning of time I've no doubt of the
veracity of such a perspective. However
one only has to walk into an Apple store to
confirm that our children are spending lots
of cash. Just not the fashion retailers sell. 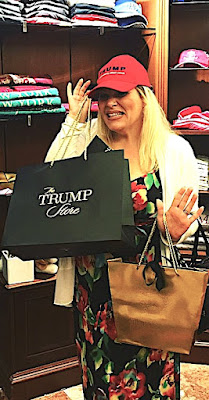 Money back guarantee?
Where do we go from here? That's the magic
question. Barring an act of God, Mr. Trump
is going nowhere anytime soon. And while
one hopes that he'll find it in himself to calm
down, it's safe to assume nobody knows what
he'll do next... including the man himself.
Hence somehow all of us need to leverage
our natural instincts and adapt to our new
reality. Which causes me to hope that within
a few months things will return back to a some
semblance of normalcy. Including the tried and
Pavlovian reaction of purchasing a new goodie
to cheer oneself up. Shop till you drop please!