NO REST FOR THE WEARY 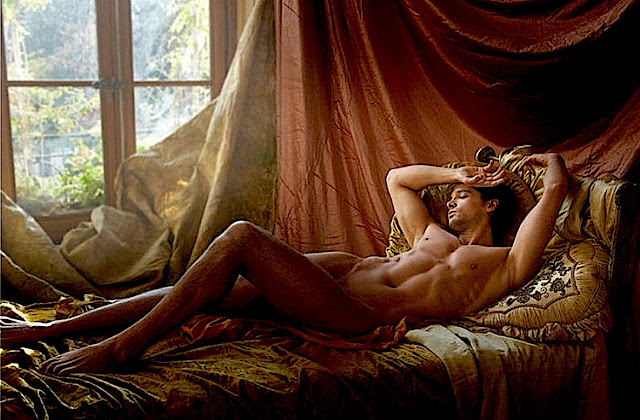 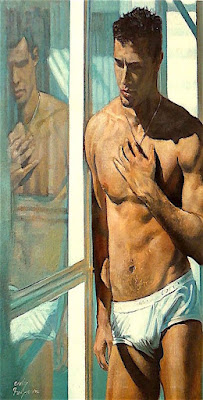 Rise and shine?
I've always been an early riser. As a morning
person I derive great pleasure in being up far
ahead of the pack. However since leaving
Montana I've been arising every morning well
before any rooster. Which in my opinion is
nothing to crow about. Mostly because it's an
indication of my inability to easily transition
to a new time and place. However even more
so because it's further proof that I'm not as
young as I once was. And peering over the
edge of one's mortality isn't the most pleasant
of exercises. Especially when a lack of sleep
is easily evidenced upon my face.

The young and the restless
In truth a lack of rest has nothing to do with
one's vintage. My youngest daughter "M" is
struggling with sleep deprivation due to my
twenty month old grandson's inability to lay
still overnight. "H" is up and down four to
five times a night. Now that he's ambulatory
and talking, he has no problem rousing the
rest of the house. From his perspective all
is fine given once his parents awaken they
tend to his every need. The problem is that
nobody is taking care of them and frankly,
they're exhausted. Hence whether young or
old - no rest for the weary wears one out.

Night crawlers
One reads that many driven people thrive on
three to four hours of sleep per night. Given
that at times Martha Stewart can seem rather
like a zombie, said deprivation explains a lot.
Obviously having several additional hours
of productivity is appealing. But running on
empty is not only unhealthy, it has to impact
one's clarity of thought. Burning the candle
on multiple ends will ultimately burn out the
best of us. Thus I've found that without eight
hours of shut eye - I'm not quite the man that
I should be. Knowing one is compromised
only makes things worse. What a nightmare!

Nocturnal omissions
Worry and stress are inevitably the root of all
evil. However in truth, I'm fairly certain that
neither is lurking deep within me. Rather my
restless nights are due to the empty spot next
to me. Spending the past few weeks far away
from Frank has only affirmed how important
he is. Simply put, I can't live without him.
While theres little doubt I can exist sans my
one and only the deficit of his companionship
leaves me in a state of suspended animation.
In truth it's no wonder I'm unsettled. Thus
ultimately this time far apart has affirmed just
how important he is to me.  And visa versa. 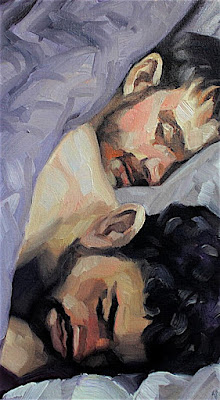 Sweet dreams
The union of two souls enhances both.
Frank's love and companionship empowers
me. Before we joined forces I struggled to
find my way. However with his help we
overcame all obstacles. When you find the
"one" - their very presence grounds you as
it provides a context of total satisfaction.
Hence sans my better half I'm half the man
I want to be. Absence makes the heart grow
fonder. Thus this time apart has reinforced
all of the benefits of two versus one. Which
leaves me to feel humbled, grateful, and
beyond blessed to be Frank's one and only. 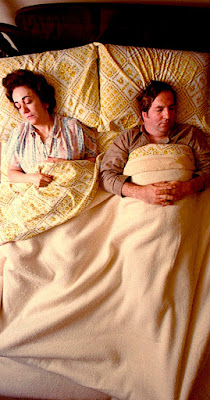 Wakeup call
Often we take the most important things in life
for granted. Most relationships fail because one
or the other questions the benefit of combining
forces. While ridding oneself of a bothersome
spouse can be beneficial the resulting deficit
can be devastating. In my experience it's much
better to share than go solo. Hence I'm bold
enough to suggest that we all try to appreciate
who and what you've got. Why not tell your
significant other just how important they are
to you. Celebrate the here and now given we
never know how long we've got. Wake up and
LOVE THE ONE YOU'RE WITH!