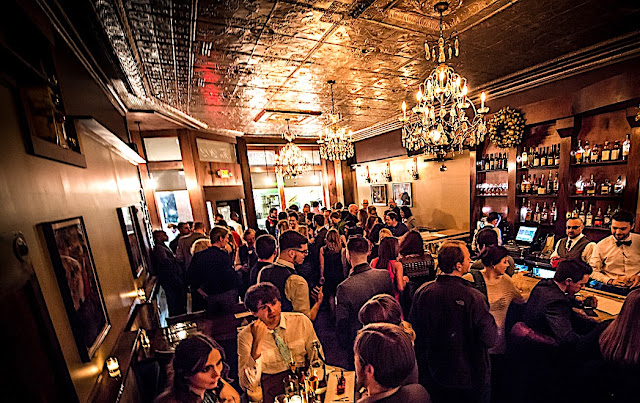 Gone to pot
It's hard to admit but the older I get, the harder
it gets. Starting a new job is hard no matter one's
vintage. However as a gentleman of somewhat
advanced tenure, being an ingenue once more is
much more challenging than I remember. To be
honest, at this point my angst has nothing to do
with the task at hand. Rather it's all about being
forced to start anew from a different perspective.
Thus I'm more worried about finding my way to
the facilities than pissing people off. And in my
case, adjusting to new surroundings when all I
really want is to be back at home where I know
I belong. Which is anyplace but here...

Bed head
I must admit that being thrown back into the
corporate milieu has been affirming. While
I worried that I might have become "rusty"
post a few years off the grid, I've quickly
regained my professional mojo. However
doing so on foreign territory tests one's elan.
For two weeks I've been sleeping in a strange
bed from Monday through Friday. Being far
beyond my comfort zone, I'm uncomfortable.
Hence many of my recent nights have been
spent tossing and turning. Yet after starting
anew many times before I know that all too
soon all of this will be rote - routine - easy.

Stop & shop
My new corporate home base is West Virginia.
A place which frankly shares many similarities
with Montana. Hence I really should feel quite
comfortable within these environs. Morgantown
is home to the University of West Virginia. Thus
it thrives within the context of somewhat isolated
environs. The equivalent of West Virginia's Paris
or... Brooklyn it is much like Montana. A place
of dramatic dichotomy. Yesterday I arrived quite
late thus the only place to purchase essentials
was at Walmart. And frankly, as I roamed it's
aisles I felt like a stranger in a truly strange land.
And I was more than lost in the translation. 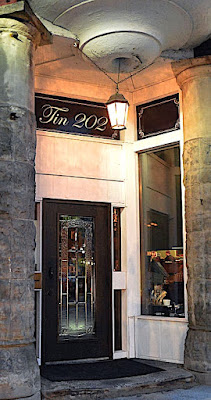 Sip n' dip
If nothing else a journey through America's
largest retailer was a journey of discovery.
Under it's unbelievably bright lights lay an
array of merchandise which I couldn't quite
comprehend. While everything was beyond
cheap, it was obviously substandard. As
were the majority of my fellow shoppers
who were out and about at such a late hour.
Within such a sad context, one could easily
lose faith in mankind. However by the next
evening it was restored with the swish of a
swizzle stick. That's because I discovered
a bit of heaven in the middle of no where.

In a swirl
Tin 202 is a small eatery located in a provincial
university town. At this point I've dined there
twice within the last two weeks. Both repasts
were prepared flawlessly in a simply yet elegant
manner. However such culinary prowess is not
what I found most surprising. Rather it was the
skill and panache of their resident mixologist.
Or... as I'm sure most of the locals would say...
bartender. "Doug" is if nothing else an artist.
A master alchemist who is not only talented
but a savvy and knowledgable professional.
Hence with every shake, rattle, and roll this
college home town boy more than dazzled me. 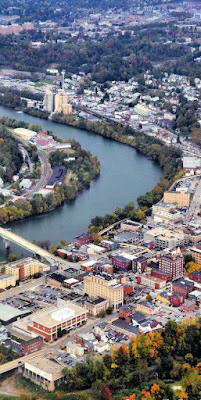 Equal opportunity
At this point after several years in Siberia
I really shouldn't be a snob. Yet for MANY
reasons my expectations of West Virginia
were limited at best. In the end once again
I was taught a valuable lesson. Which is
that it really doesn't matter where one lives -
but rather it's all about how one lives. Much
like some of the folks that I love and respect
in Lewistown, there are talented folks doing
amazing things in Morgantown. More than
proof that passion rules no matter the locale.
And so once again, this old dog was taught
yet another new lesson. Better late than never!
Posted by montanaroue at 4:00 AM