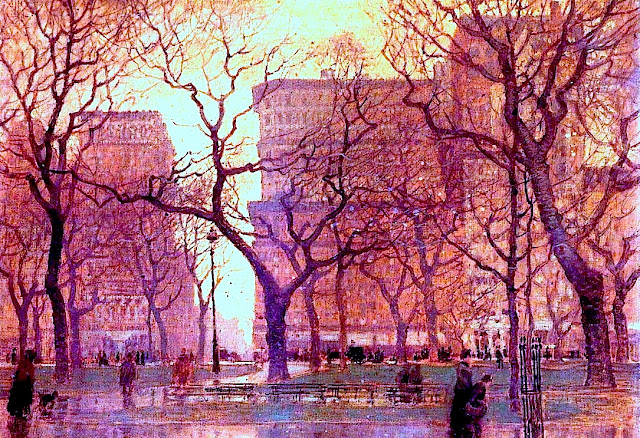 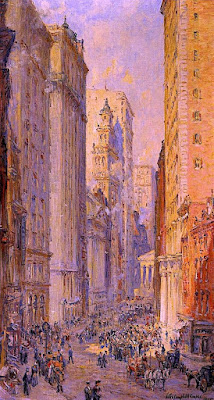 Spring break
Yesterday spring arrived in Manhattan. While
a temporary respite at best, the thermometer
surged to the low seventies. Everyone was out
and about. Making my the walk to and from
the office akin to swimming upstream against
a salmon spawn. Packed to the gills, everyone
had a spring in their step. And given we knew
that shortly hereafter we would return to the
frozen tundra, we all took advantage of our
current situation. However any uptick in one's
spirits was not the only thing blossoming. The
city sewers were also rising to the occasion.
And frankly, they stink.

Under current
Beneath a vast metropolis such as this bubbles
a variety of necessary evils. Most of the time
we're unaware of what lurks underfoot. Yet
whenever there is a warming trend all sorts of
smells suddenly rise above the surface. Thus
this morning as I stood on each corner waiting
to cross said stinks affirmed that waste disposal
is an ongoing process. Layer on the subtle scent
emanating from the piles of trash and suddenly
one comprehends that we literally reap what
we sow. And that as spring approaches, so do
such fragrances that not so subtly remind us of
what living in a literal melting pot truly means.

Food for thought
Fortunately it's not all that bad. Mixed with
the fetid stench of past imperfect are many
alluring scents of this city's fleet of food carts.
Hence one's appetite is oddly peaked by the
lingering allure of hot halal meat on the grill.
Add an occasional whiff of fragrant curry,
roasted chestnuts, Starbucks, plus varied
blasts of other assorted culinary delights.
Suddenly one is lost in a swirl of both good
and evil. All which mixes up into the sensual
reminder that this ever changing city is but
a melange of contrary forces. A melting pot
that blends into the sweet smell of success. 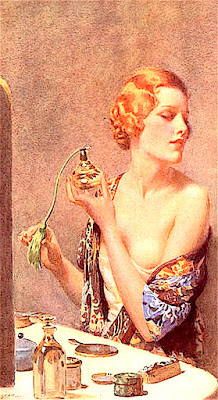 Mixed messages
Obviously this city stinks. Strolling down the
main aisle at Saks one is attacked by perfume
spritzers. Meanwhile on Park Avenue you
may catch a bit of Chanel No. 5 as you share
your elevator with a grande dame. Whereas
one may opt to quickly move when within
close proximity to a street person who hasn't
bathed in months. Often we're reminded that
some folks still smoke even if they must do
so surreptitiously. And if one opts to walk
Central Park South, the wafting aromas from
those charming tourist horse and carriages
are yet another reminder that shit happens. 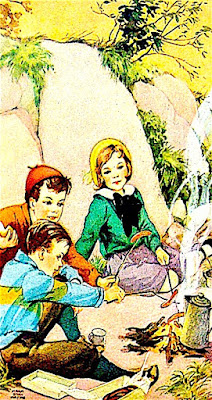 While you were out...
All of this will soon pass. Quickly we'll hit
below freezing and all smells will dissipate.
However once spring arrives we'll have to
readjust to the smells of said season. Such
and assault on my senses reminds me of
how much I miss Montana. Back home the
air is truly fresh. That is unless one happens
to drive by the stockyard during an auction.
Up at our cabin in the mountains, fresh pine
and smoke from a roaring hearth combine
into an intoxicating brew. Reminders that
while at times our lives may stink...  one
find the time to stop and smell the roses.
Posted by montanaroue at 4:00 AM