THE JOKES ON US 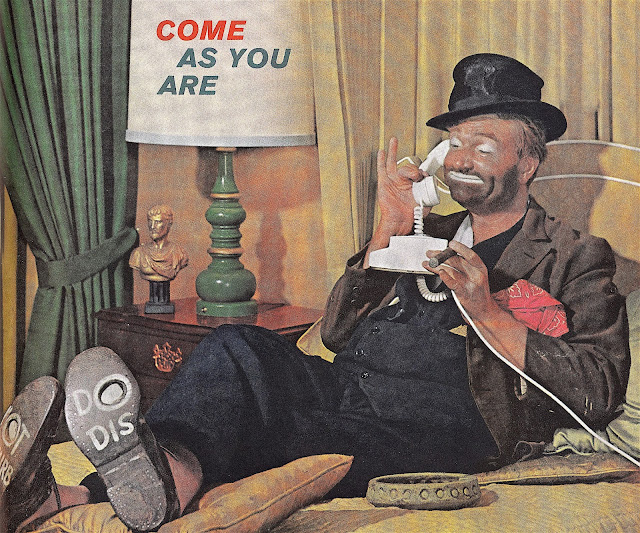 Triple threat
There are times when we all do the wrong thing.
Whether said error was purposeful or not makes
no difference. However when offered a option
between one extreme or the other each of us must
make our own decision. And... own it. Thus while
I would really like to blame someone else, I must
hold myself fully responsible for that third round
of Manhattans last night. While at the time they
seemed a perfectly viable option, their residual
effect as of this morning is a reminder that less is
more. And so one can only hope that this time,
I've learned my lesson. Yet if I'm truly honest I'm
fully aware that I'm likely to be a repeat offender.

Send in the clowns
While acquiescing via culpability is always the
most optimal approach, many feign ignorance
or purposefully misrepresent the facts. All in
the hope that nobody will find out the truth of
said matter. However ultimately such subterfuge
only makes the situation worse. Hence invariably
it's much better to rip the band-aid off than very
slowly remove one's cover. Which brings us to
our new President and his gaggle of gadflies.
For reasons unbeknownst to us they feel they
must misrepresent the facts. The result being
a barrage of rumor, innuendo, and outright
deception. All of which benefit no one at all. 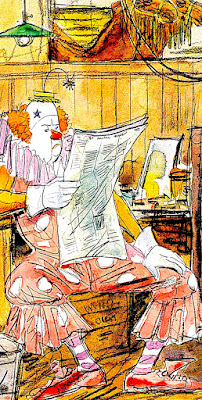 The truth be told
Usually only the delusional find it hard to
separate fantasy from reality. Adults must
consider pros and cons to make a decision.
Where deceivers get into trouble is when
they alter data to suit their circumstances.
Ultimately the facts always trump fiction.
So why waste everybody's time by trying
to prove the veracity of a bunch of lies?
Yet many alter the truth to suit their needs.
And the best way to control a message is
to tightly manage it's transmission. Thus
censorship has oft been most dictator's
preferred mode of communication.

History repeats itself
One can't help but worry when the top dog
barks that our free press is "The enemy of
the people." We've heard this prior from
the likes of Hitler, Stalin, Mao Zedong,
Hugo Chavez, and even Richard Nixon.
All deemed alternative opinions "fake
news." So they did whatever they could
to control the media and silence THEIR
opposition. Sadly it seems that we now
have a leader whose fragile ego is easily
compromised by any dissent. The question
is does he truly mean what he says?! And
if so, what does he intend to do about it?!

Clowning around
Last Sunday Fox News anchor Chris Wallace
and the White House Chief of Staff Reince
Priebus got into a rather heated discussion on
this subject. Mr. Wallace accused President
Trump of "crossing the line" via an accusatory
tweet. Mr. Priebus subsequently spewed verbal
cartwheels in an attempt to shift blame onto
the New York Times. Finger pointing aside,
our President's opinions are now on the record.
Therefore President Trump has drawn a line
between freedom of the press and purposeful
propaganda. And no denials to the contrary
can ever alter that fact. 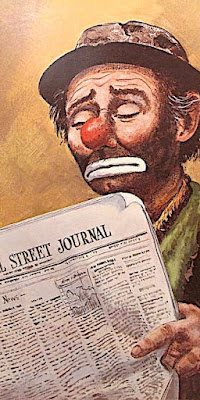 Paper trail
We all make mistakes. However if the guilty
party's only regret is that they were caught in
the act, everyone is at risk. Ultimately few if
any of us get away with not telling the truth.
Therefore attempts to hide the facts simply
defer the inevitable. Which suggests that in
contentious times such as these honesty is
the best policy. Better to own up to one's
mistakes than waste time trying to prove a
fantasy. Sorry Don but as Americans it's
our innate right to freely sift through the
facts from ALL sources in order to reach
a conclusion. Whether you like it or not.
Posted by montanaroue at 4:00 AM