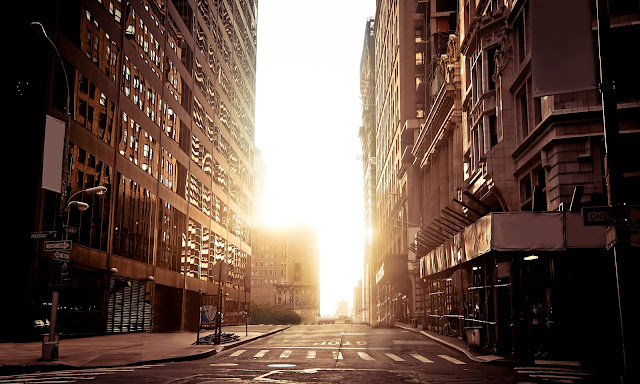 Home alone
You gotta love New Yorkers. Each and every
one of them work very hard, Yet come a day
off or weekend free and they literally drop out
of sight. Yesterday our offices were open for
business. And thus while the rest of humanity
seemed to have checked out, our team had to
get up and go to work. Which my friends was
a bit of a problem given much of the subway
system was closed for holiday weekend repairs.
The good news is that hardly anybody was out
and about. Thus catching a cab was very easy
and there was virtually NO traffic down Fifth
Avenue. Which was actually rather fabulous.

End of the line
My personal preference is to always go against
the natural ebb and flow of this city's populace
as often as possible. Therefore while most of
my friends and neighbors flee the city during
the summer, I plan to be happy all alone in my
somewhat fetid bit of heaven. On most summer
weekends the crowds dissipate and suddenly
one can actually enjoy this most beautiful of
cities sans any competition.  Well that is except
for the tourists who come out en masse once the
weather gets warmer. Sans the rest of us they're
almost charming as they gaze in awe. That is
until they stop dead and you trip over them.

Fare warning
One of the things any true New Yorker knows
is that the best scoop comes from cab drivers.
Given they spend their days interacting with all
forms of humanity, they see and hear things few
others experience. Recently a cabbie informed
me that tourism was off dramatically. He knew
it simply by the fact that his tips were half of
what they normally were. Obviously the winter
months are always slower here in the city that
never sleeps. However he claimed that post
Christmas visitors virtually evaporated from
the scene. And given at least fifty eight million
visit annually - that's a lot of people. 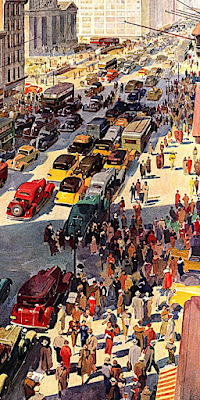 Cash and carry
To put those visitors in context, said fifty eight
million souls doled out forty two billion dollars
within our five boroughs in 2015. Predominantly
said human money machines hailed from within
the USA. However over 1.2 million interlopers
came across the pond from the UK to shell out
their hard earned pounds. Thus post Brexit, it's
continued drop in value has impacted the Brit's
spending power. The next highest groups of big
spenders are traditionally Canadians, Brazilians,
after that the Chinese, and then the French. Thus
it's not surprising that the city that never sleeps
gets nervous when visitors opt to go elsewhere.

Gold standard
Don't get me wrong, midtown is still packed
with temporary aliens. One only has to see
them line up across the avenue from Trump
Tower to get their pictures taken to prove
there are strangers in our midst. Yet after a
decade of dramatic growth in their numbers,
one has but to look about to realize that the
crowd has thinned. Hence it seems that a
weakened global economy, rabid terrorism,
and a questionable leader at our helm have
lessened their desire to charge about our city.
All of which indicates that bravado aside,
not everything is well in the world at large. 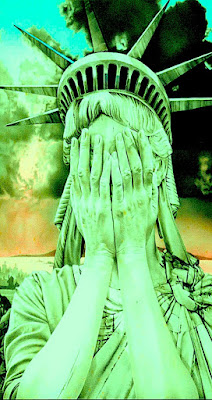 No room at the in?
I'll admit that I rather enjoy having the city
to myself. Yet I've no doubt that we need
tourists more than they need us. In such a
melting pot as New York, a constant influx
of talent, ideas, and cash fuels growth. Thus
attempts to close our borders challenge our
ability to leverage the best of the rest. While
keeping "foreigners" out may help folks in
the corn belt feel safe, it limits New York's
ability to be a world leader. Thus it's quite
important that Lady Liberty continue be
the hostess with the mostest. Otherwise all
that makes us unique will slowly disappear. 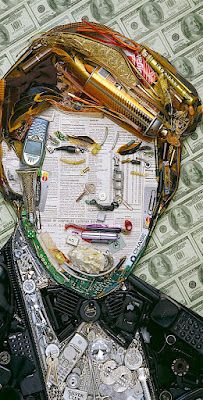 Open for business
As a New Yorker and businessman President
Trump knows what I'm talking about. He had
no problem buying whatever from whomever
from wherever. In a competitive market only
the best win through trial and error. Pandering
to provincial fears only limits our ability to
play with the big boys. Thus I'm incredulous
at the idea that the ultimate deal maker is now
willing to compromise our collective future
for the sake of red state votes. Isn't it time to
embrace the world at large? Our country is
built on a legacy of diversity. Thus our motto
should be THE MORE THE MERRIER!
Posted by montanaroue at 4:00 AM