TO RUSSIA WITH LOVE 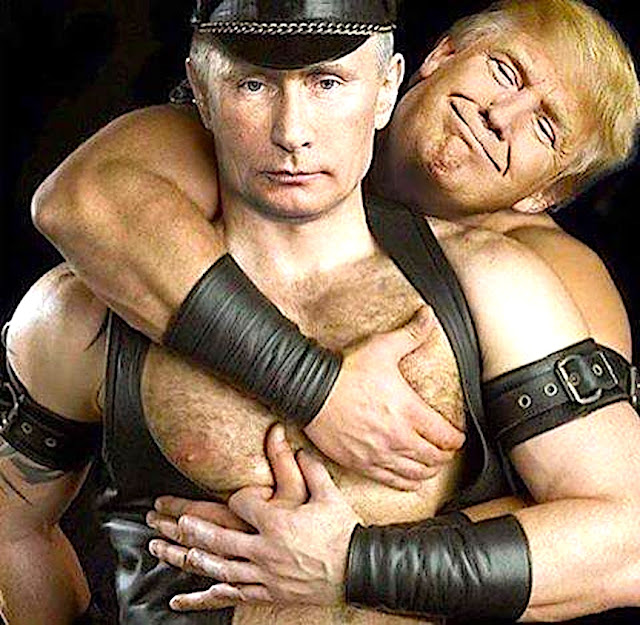 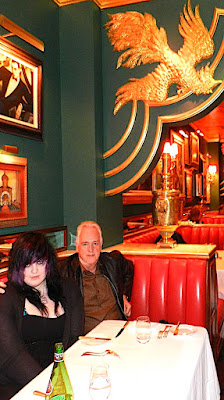 Red alert
What goes around comes around. Like most
baby boomers I assumed the cold war had
long ago shifted to a temperate zone. Post
the collapse of the Soviet Union there was
an influx of Russians here in Manhattan.
Said invasion has benefitted this city given
most traveling reds are voracious consumers
of luxury goods, real estate, and services.
However even when drowned in a sea of
Versace and sable, they're still more than a
little rough around the edges. Yet most of
us have become accustomed to their grunts,
shoves, and dismissive waves of hand.

All that glitters is not gold
One thing is certain. Since the fall of the last
Czar, elegance is no longer a national trait.
Hence Russian investors and tourists naturally
tend to gravitate towards the glitziest, ugliest,
and most over the top brands. Therefore it's
no surprise that the Trump organization has
long held dazzling allure to those who hail
from Mother Russia. To most New Yorkers
that hasn't been a problem given historically
only tourists and dictators envied the Donald's
Midas touch. However as more information
comes to light about Trump administration
ties to Russia, we're all seeing RED. 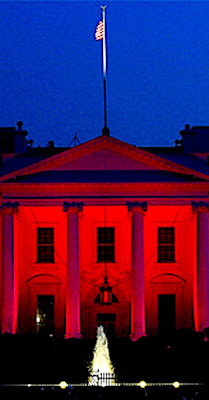 Seeing red
Rumor and innuendo aside, where there
is smoke inevitably there is fire. Based
on the amalgam of recent evidence, The
White House is now full of smoke and
mirrors. Leaving most Americans to ask
whether the Trump administration is RED.
Not a Republican rouge... but rather of a
Communist crimson hue. Yet in the face
of such a conflict of interest, our President
continues to consider any challenge to his
authority "fake news." All as he leverages
his own red herring - claiming that Hillary
Clinton's campaign is causing his problems. 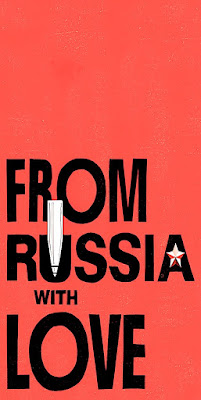 Too close for comfort
Let's be clear. An on-going investigation into
the 2016 presidential election indicates that
Russia played a negative role in it's outcome.
In addition, there is ample proof that two key
members of Mr. Trump's election staff had
questionable ties to Russia. Then of course
we have the resignation of Mike Flynn post
revelations of his covert dialogue with Ruski
leaders before assuming office. Meanwhile
rumors lurk that Russia holds potentially
"damning" information about our President
raising concerns of potential blackmail. So
what's not to be worried about?! 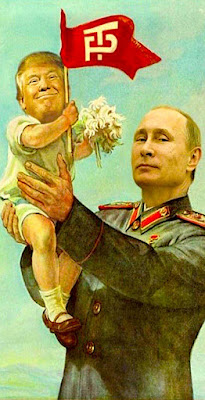 Comrades in arms
At this point we've no idea what's fact versus
fiction. Recently President Trump's cohorts
have claimed he's been "tough" with Russia.
However the record shows that if anything,
Donald has only had good things to say about
his Kremlin cronies. Especially Vladimir Putin.
Now that we've all gotten the red alert, one
wonders whether our President will continue
to love them or leave them. Experience shows
that once a clandestine affair is revealed, it's
never quite the same. Thus while some may
consider "fake news" red journalism, the truth
inevitably will set us free.
Posted by montanaroue at 4:00 AM