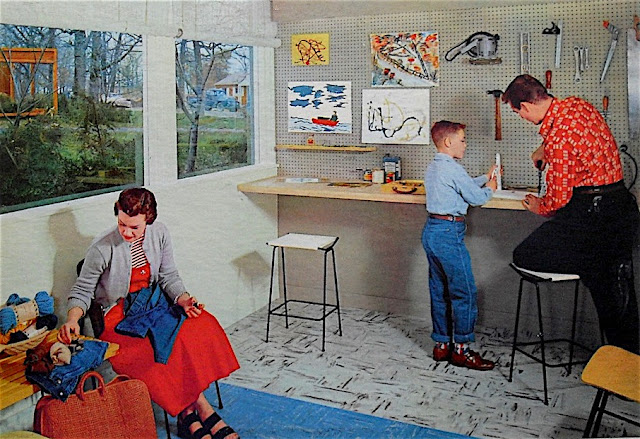 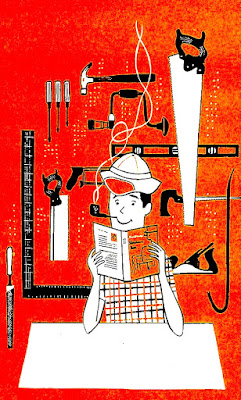 He's the man
The other day it was more than confirmed
that I'm NOT my father. Howard was the
ultimate Mr. Fix It. There was nothing he
couldn't do around the house. A banker by
profession, he was a handyman by passion.
Thus throughout most of my life my Dad's
workshop was not only his hideaway, it
was his nirvana. Far down under (or later
in the garage) he would tinker away at any
of the several projects always in process.
And somehow whatever the challenge he
found a solution that actually worked. If
only I'd been willing to listen and learn... 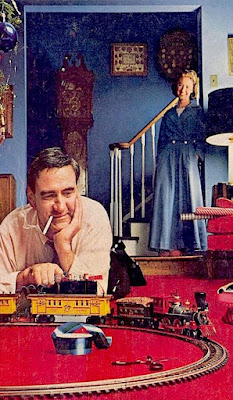 Multi-tasker
A child of the depression, Howard was a
naturally born chameleon. In his youth Dad
became a certified Duesenberg mechanic
and electrician. Always in love with planes
he was navigator on a bomber during World
War II, owned and flew his own plane post
war, and was a model airplane enthusiast.
As passionate about trains, he collected the
antique Lionel toy versions, and became a
skilled machinist in order to build his own
small scale steam locomotives. Oh, and did
I mention that he also crafted furniture and
built an addition onto our home by himself? 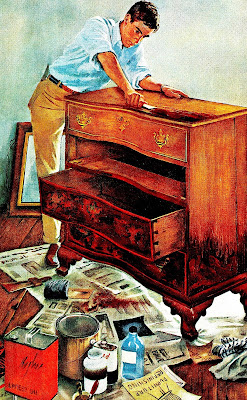 Heir unapparent
Resurrecting anything from obsolescence
gave my Father great joy. Whereas his son
seems to be incapable of being "handy"
except possibly in a dark gay bar. Try as
I might I was never very mechanical. As
was once again proven over the weekend
when I attempted to complete the simplest
of home repair tasks. While I'm not ready
to go into the details, suffice to say that I
made a mess of things. Which only proves
that I'll never be able to replace my Dad.
A reminder of how blessed I am to have
had Howard as my friend and father. 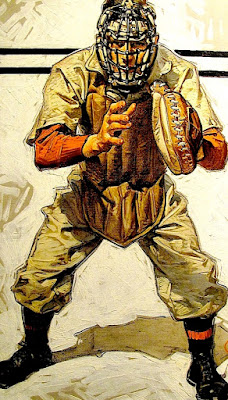 Off base
Dad was the ultimate Yankees fan. From
boyhood on he adored his home team.
Attending as many games as possible or
listening on the old cathedral radio sitting
upon a shelf in his workshop. Even today
simply hearing a baseball game brings a
tear to my eye. I was not a fan or athlete.
Initial attempts at team sports were dismal
failures on my part. Not only was I unable
to hit or catch a ball, I didn't like being told
what to do by some coach. Especially as
my Mother challenged any adult in a role
of authority who wasn't "one of us." 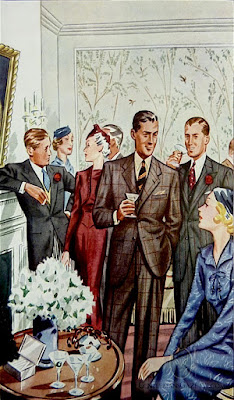 Man about town
Hitting a ball or fixing things weren't my
father's greatest gifts. Rather it was his
warm demeanor, caring heart, and sense
of humor that charmed the world. Daily
he rode the subway to work. Same time,
same station. And somehow he knew all
of his fellow travelers by name. The truth
is that Howard had friends everywhere. A
man of deep faith, he served as a church
deacon and helped many in ways that we
will never know. That's the kind of a man
he was. And the kind of man that I aspire
to be - even if I often fail on a daily basis. 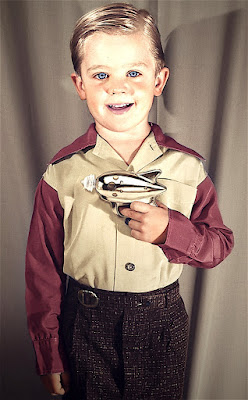 Against all odds
As the father of an obviously gay boy, I've
no idea what he really thought. Especially
when I pirouetted about the house in my
underwear to Montovani's "Fascination"
as it played on the stereo he built himself.
The sad fact is we never got the chance to
discuss his feelings about my "lifestyle."
All that I ever knew was that he loved me
and supported whatever I wanted to be or
do. Whether that meant attending Pratt,
redecorating my room, or watching Bette
Davis movies. Dad was my biggest fan.
And his love enabled me to do my best. 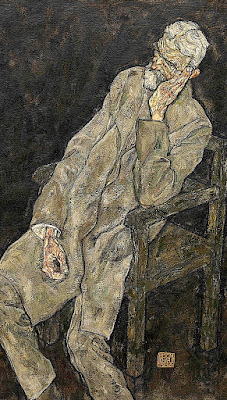 The long goodbye
Then suddenly it was over. Howard's exit
from this world lasted eighteen years after
a diagnosis of Alzheimer's.  Very slowly,
stealthily, and silently said dread disease
took my father away hour by hour, day by
day. Thus long before he stopped breathing,
the man we knew and loved was long gone.
During that time I never thought of all of
the above as we cared for the shell of a man
that was left behind. It wasn't until after his
death that I finally reconnected with the real
Howard James Clark. And was able to once
again appreciate all that he meant to me. 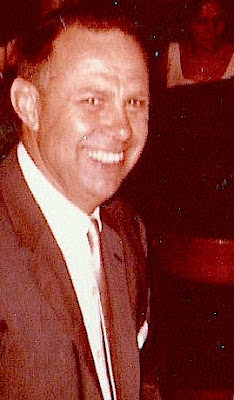 What would Howard do?
Life is short. Thus we must do whatever is
possible to cherish the time we have here
on earth. I'm anything but perfect. As I've
grown older, I've tried to be half the man
my father was. Ill-fated attempts at home
repair aside, I try to honor his legacy and
memory. Before any of us realize it we will
be but a remembrance of times past. Hence
we each have a responsibility to make a
difference while here on earth. What that
means depends on the individual. However
I know that my father's smile alone was a
gift from God. Now, what will mine be?!
Posted by montanaroue at 4:00 AM