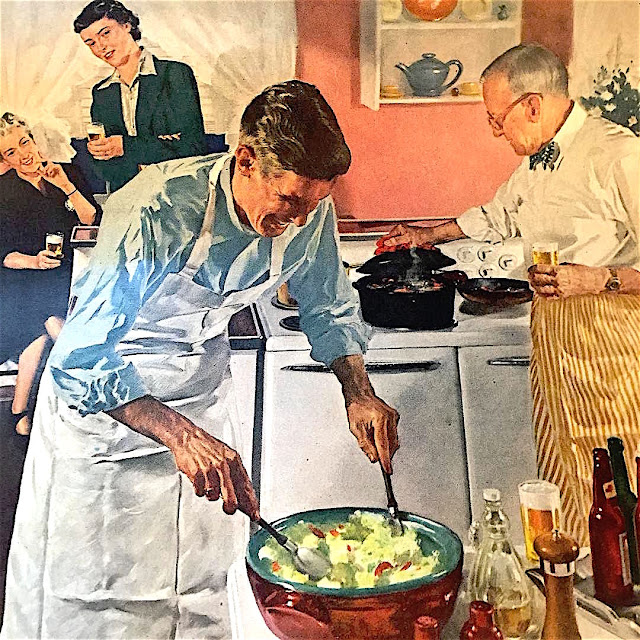 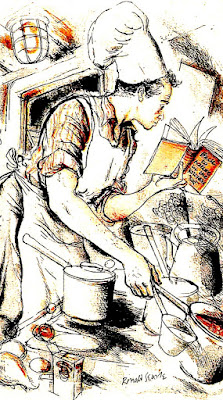 Chef's choice
When challenged by tough times, some
of us head for the kitchen. That's where
I've been spending the bulk of my days
recently. In an uncertain world at least
there I'm certain of the outcome. Well,
at least most of the time. Hence I have
been mixing it up in an effort to forget
my worries and so far... it's been working.
After all it's better to be stirring up a batch
of brownies than trouble. And at least for
now I find that perusing the latest issue
of Bon Appetit and one of my cookbooks
makes me happier than reading the news. 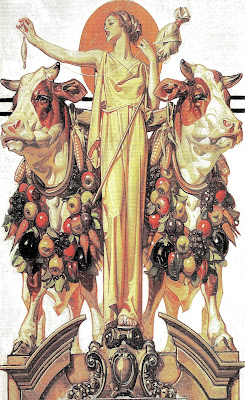 Having a cow
Over a year ago we purchased half of a
grass fed organic cow. Slowly but surely
we've been working our way through the
ensuing mound that more than filled our
freezer. At this point I've hit the dozens
of roasts that somehow we never got to
popping in the oven. As of late I've been
decadently chopping them up in order to
prepare one of my most favorites - boeuf
bourguignon. Eons ago I taught myself
to cook by working through Julia Child's
"Mastering the Art of French Cooking."
And somehow I've learned my lesson... 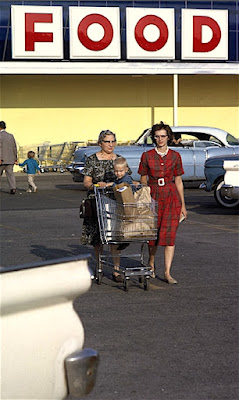 Food for thought
While la cuisine Français has become
considered passe' in recent years, this
francophile continues to embrace it's
frugality, simplicity, and beauty. You
see, if one truly embraces the French
science of cookery, NOTHING is ever
wasted. And... everything that is edible
is eaten with relish. Shopping at our
local  grocer, it's impossible to secure
the key ingredients to prepare rognons
de veau dans sauce moutarde. All the
odder given we've cows and calves all
over the place. All which have kidneys. 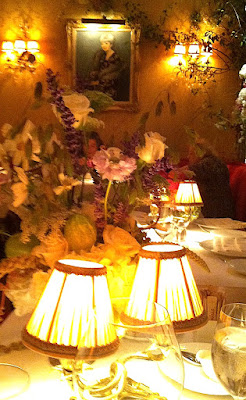 On the menu
Somehow we Americans have become
so picky that the most simple of edibles
are considered untouchable. I'm not sure
if that aversion amongst the locals is due
to the fact that they grow, slaughter, and
"process" the creatures we devour. Or
whether they feel that eating "garbage"
means they're a bunch of serfs. However
given veal kidneys are a beloved staple
on La Grenouille's menu, the French are
perfectly happy nibbling on almost any
organ available. And trust me... they're
damned good! Tres bien merci! 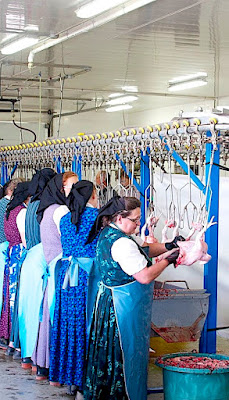 Off with their heads
I can't help but find it odd that one must
travel thousands of miles in order to dine
upon things that the locals simply throw
away. Many of the largest ranches around
us are owned by a religious sect called
the Hutterites. Similar to Mennonites or
Amish they live, work, and dine en masse.
Over the years they came to discover that
Frank's mother loved to cook some things
that they considered inedible. Hence many
the time a knock on her door heralded the
discovery of a five gallon pail of chicken
feet or... goose livers. 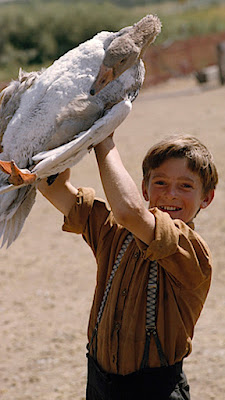 Garbage in, garbage out
Never has the saying "one man's trash is
an other's treasure" been truer. Obviously
said farm folk have no idea that their junk
is called foie gras in much posher places.
And given that said fowl are not force fed,
one can happily dine upon said delicacy
guilt free and for an investment of nada.
However while we certainly have enjoyed
taking such "garbage" off their hands, one
can't help but wonder what else they are
freely flinging onto the trash heap. Sadly,
their loss is rarely somebody else's gain.
Which elicits a woeful "what a waste!" 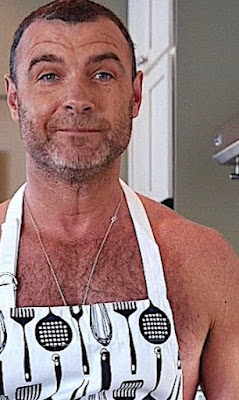 Less is more
Given I'm inclined to hunker down for
the next four years or so, my plan is to
waste as little as possible. With millions
starving elsewhere in this world we each
have a responsibility to be stewards of
the bounty bestowed upon us. Hence we
all should think before we throw anything
away. In our house every vegetable peel
or scrap either ends up in the stock pot or
compost pile. And somehow we both find
practicing the art of elegant frugality quite
comforting. So for now my plan is to do
more with less. More or less!
Posted by montanaroue at 4:00 AM